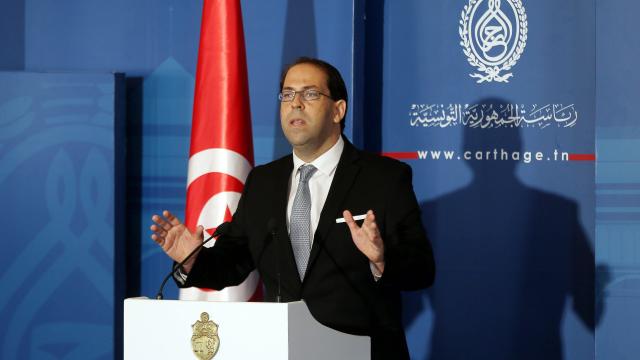 Tunisia remains a beacon of hope in the region, but it needs money to build up its political institutions not its military.
By Ryan Suto | September 15, 2016

The current US presidential campaign debate on Middle East policy has focused disproportionately on the US response to the Islamic State (ISIS or IS). This series will focus instead on five alternative Middle East policy challenges facing the next president. This second part discusses the economic and security challenge in Tunisia. Part one on Iraq can be found here.

Although Tunisia has been largely absent from US headlines this year, the county’s fledgling democracy is at another important moment, where thoughtful US assistance can provide important encouragement toward stability. On August 29, 2016 Tunisia’s Assembly of the Representatives of the People approved a broadly diverse government under the leadership of Prime Minister Youssef Chahed, replacing former Prime Minister Habib Essid who lost a vote of no confidence in the previous month. A member of the secular Nidaa Tounes, the new prime minister nonetheless has the support of Ehnada, the country’s leading Islamist party. In the midst of yet another peaceful exchange of power since the 2011 overthrow of Ben Ali, Tunisia remains the Arab world’s best hope for stable democracy in the near term.

Since the passage of the 2014 constitution, ensuring the procedural standards of democracy—such as free and fair elections, broad participation, and power-sharing—seems to come easier to the North African country than solving problems such as the current economic crisis. At present, the country’s tourism industry continues to lag, and at least $2 billion have been lost to corruption. Although Chahed had pledged to fight corruption as a top priority and has incorporated labor unions into his government, many Tunisians remain skeptical that true reform will take place. They are weary of amnesty for corrupt officials in the name of reconciliation and fear a backslide from democracy in the face of widespread economic injustice, including 35% youth unemployment and a concentration of70% of the Tunisia’s extreme poor in the western region of the country.

What appears to be of greater interest for American policymakers are the security challenges facing Tunisia. Remarkably, Tunisia is the highest per-capita exporter of jihadists to the Islamic State, often through the porous border with Libya. Terrorist attacks within Tunisia have shown that violence flows both ways between the two North African countries. Extremism correlates with the high youth unemployment rates and school dropout rates, as well as the geographical and social inequalities found in Tunisia.

The Obama administration has offered assistance to Tunisia since Ben Ali fled, providing consistent loan guarantees almost annually thereafter. For 2016, Congress and the Obama administration more than doubled assistance for Tunisia to $141.9 million, earmarked for security assistance, economic assistance, and democratic governance, in that order. Requests for 2017 come in at a similar level and distribution. A full 45% of the package would go to military purposes, whereas only 19% would be earmarked for democratic governance.

Given this emphasis on military assistance, Washington must be vigilant that American hardware be used to protect nascent democracy, not replace it. Nearby Egypt serves as a cautionary tale of how politically powerful a US-supported military can become. Care must be taken to not create a bloated security sector, as the influx of external resources generally re-shapes internal power balances.

Though Tunisia presents the greatest promise of democracy in the Arab world, its aid package from the United States is dwarfed by what goes to Israel and at least four other Arab countries: Iraq, Jordan, Lebanon, and Egypt. As the future of Tunisian assistance will soon fall to the new US president and Congress, this balance of aid distribution in the Middle East and North Africa should be reconsidered to reward and reflect America’s rhetorical preference toward democratic countries that protect a wide array of human rights.

US aid to Tunisia should focus more on curbing the causes and motivations of terrorism, rather than providing helicopters, large projectiles, and ammunition. American policymakers should further note that although highly corrupt autocracies are more stable than less corrupt ones, low-corruption democracies are actually the most stable. As Tunisia continues the transition from past authoritarian rule to democracy, the US should take the cause of mitigating corruption as a central prong in democracy promotion. This can be achieved by providing funding for the improvement of accounting and management practices within public sector institutions, thereby encouraging transparency within bureaucracies.

Providing aid with the intention of decreasing youth unemployment, inequality, and corruption would have a broader impact on Tunisia’s chance at maintaining democracy than weapons that could end up in the hands of the Islamic State or similar outfits, as has happened across the region. Tunisia has legitimate security concerns worthy of US assistance, but strengthening its fragile democracy should be the primary U.S. focus.