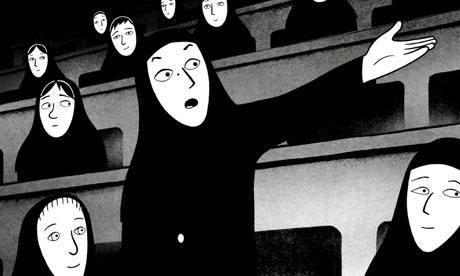 Tunisia at a Crossroads

Are the changes in Tunisia deep and enduring, or simply cosmetic?
By Rob Prince | February 21, 2012 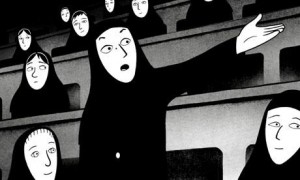 At exactly 1:02 pm on December 17, 2011 — one year to the minute that Mohammed Bouazizi lit the match that set both himself and the region aflame — a giant portrait of Zine Ben Ali was rolled out in downtown Sidi Bouzid, Tunisia, and burnt to the ground. In its place was raised a giant portrait of Bouazizi, marking the first celebration of his immolation as a national holiday.

But for all that has happened since Bouazizi’s act of rebellion, are the changes in Tunisia deep and enduring, or simply cosmetic? And where there has been real change, has it been for the better?

The overthrow of the Ben Ali government was a genuine and inclusive revolutionary upsurge. A year later, the whole country remains proud of what it has achieved and relieved that Ben Ali was overthrown. Tunisians are basking in what continues to be a spirit of openness and political dialogue unknown for the past quarter of a century.

But a little more than a year after the onset of the Arab Spring, some of the jasmine has begun to wilt. In the wake of a bloody civil war in Libya, ongoing carnage in Syria, and an incomplete transition in Egypt, the region is a much more sober place now than it was a year ago.

Tunisia is often portrayed as a bright spot in this increasingly somber regional picture. Indeed, after an orderly election, the country’s leaders successfully put together a three-party coalition transitional government, and now a constituent assembly is working on a new constitution. The country appears to be on track to elect a more permanent government, as promised, during the next year. Despite the problems it faces, Tunisia is more stable and seems to have the potential to come out of this crisis far better than its neighbors — in fact, better than almost any country with a Mediterranean coast. Yet even this comparatively rosy picture is somewhat overstated and misleading.

No doubt, Tunisians have won the freedom of speech and expression long denied them, and the relatively smooth election process has given Tunisia the kind of political stability that a country like Libya could only dream of. The new ruling coalition led by Ennahda could be a stabilizing force.

But in some ways, the political atmosphere has hardened. There is a new polarization along cultural lines that has relegated the deepening socio-economic crisis to the sidelines.

A week before the October 23 elections in Tunisia, a political storm broke out over the screening in of Persepolis, a film adaptation of Marjane Satrapi’s novel of the same name. One scene in the award-winning animated film personifies Allah as a kindly elderly man, which offended some of the country’s more fundamentalist elements. A storm of protest followed led by Ennahda, the moderate Islamist political party now supported by the Obama administration.

There is some speculation that Ennahda initiated the campaign to strengthen its position in the elections, encouraging voters to overlook the party’s poorly defined economic vision for the country in favor of cultural issues. A week after the Persepolis controversy broke, Ennahda won 41 percent of the vote in Tunisia’s constituent assembly election and, as a result, a defining role in the country’s transition government.

Of course, Ennahdha probably did not need to go on the stump so actively against the film; it would have won a large plurality of the Tunisian electorate anyway. It has been an active and oppressed social movement for 30 years, functioning under difficult conditions that have left it hardened and politically sophisticated. It has a genuine base throughout the country, no doubt bolstered by the sympathy many Tunisians feel for the persecution the party suffered in years past.

And yet, it’s hard not to be cynical.

Curiously, Persepolis played in Tunisian movie theaters several years ago without much fanfare or criticism from Islamist elements. But this time around, the uproar triggered by the film continues until this day. This protest kicked off nothing less than an ideological offensive by the country’s Salafist constituencies. This has included campaigns to allow more religious women to wear the niqab (full veil) at Tunisian universities, the radicalizing of mosques and religious preschools along Salafist lines, and an unambiguous targeting of the country’s more secular-oriented women and cultural figures.

The Persepolis campaign also changed the political playing field in the country. Before the flap, the main issues covered in the Tunisian media concerned the country’s socio-economic crisis and the dismantling of Ben Ali’s extensive security apparatus. These issues – the need for greater economic security and greater democracy – triggered the Tunisian revolution in the first place.

Now, while the country continues to bleed jobs and its interior remains in a state of near collapse, the socio-economic crisis has been upended by these religious-cultural issues.

Among those things that have not changed is the security apparatus. In a country of 10 million people, the Ben Ali regime hired no less than 250,000 to spy on, intimidate, torture, frame, and murder their fellow citizens. Although there have been a few changes at the top, most of the personnel hired by Ben Ali’s Ministry of the Interior remain in place. The extensive spy files collected during the Ben Ali years remain closed to public scrutiny.

There have been several reports of negotiations between the ruling Ennahda Party and the Ministry. Rather than dismantling the Ministry and replacing it with a more democratic structure, deals are being apparently negotiated to preserve it. In exchange for amnesty, will the Ministry work for Ennahda the way it worked for Ben Ali?

The police have followed suit, more or less asking for a similar arrangement. And although Ben Ali’s political party has been dissolved, many former members of his government are, formally or informally, gravitating toward Ennahda.

It is unfortunate but not particularly surprising that the people who made the revolution — the young and the poor — are not the ones elected to power in its wake. Sometime during the election campaign, the energies of the population shifted from solving the economic crisis to cultural questions that favored more traditional and conservative elements.

Ennahda is a mixed bag. The top layers are genuinely “moderate,” but much of the base has a distinctly fundamentalist tilt. To date, the leadership has hardly reined in the base, nor is it clear it wants to. The more secular parties in the ruling coalition, additionally, are hardly parties at all, having been largely scraped together only after Ben Ali departed. Ennahda, by contrast, has a rich history of more than 30 years.

This gives the moderate Islamist party a free hand to rule as it wants. Most of the powers formerly held by the country’s president have been eliminated and shifted to the prime minister, leaving Moncef Marzouki, the country’s center-left president, with little more than ceremonial responsibilities.

But by far the greatest challenge Tunisia faces is its economy, which badly needs investments in rural infrastructure and a workable vision for its future. Like so many peripheral and semi-peripheral countries in the global economy, Tunisia is plagued by a gaping urban-rural divide. The more prosperous urban areas — most especially Tunis, Souse, Sfax, and Bizerte — are highly developed, and although one can see and feel the overall social crisis there, its effects are far more muted.

But the rural interior remains in a state of near collapse, and the level of anger and frustration there is thick and obvious. The unemployment rate in the rural areas is soaring and could be as high as 50 percent, unreliable official statistics aside, or perhaps even higher.

There has been an explosion of strikes affecting virtually every sector of the economy and every region of the country, especially the interior. Although a year ago the Tunisian military eased the way for Ben Ali’s departure by refusing to fire on demonstrators, it is now used more and more to break strikes and demonstrations.

Very little has been done to date to address this crisis, which threatens the entire reform structure. Most of the solutions offered have been along the same neoliberal lines that triggered the social explosion in the first place. The market alone is clearly incapable of turning the country around, but any discussion of using state intervention to help the economy get back on its feet is muted for fear of driving away foreign investment from the Gulf States and the IMF.

There have been other political mass movements that toppled dictators and secured new political rights but ultimately fizzled — Chile, the Philippines, and Indonesia are among the more striking examples. In the end, the political changes won by these uprisings were more cosmetic than revolutionary. The economic structures, whose malfunctioning were key to triggering social crises in the first place, changed little.

Tunisia is at a crossroads. Which way will it turn?