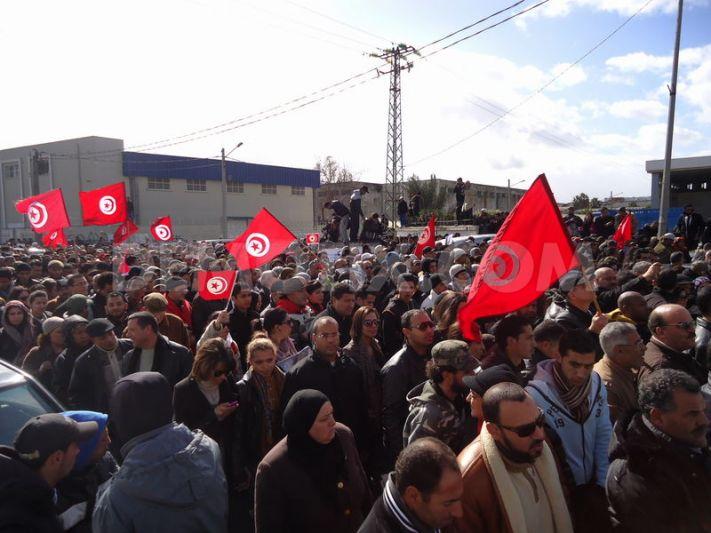 Tunisia Must Not Fail 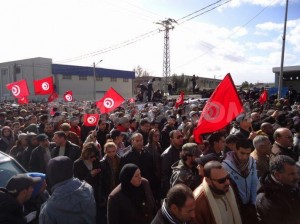 In early 2011, all eyes were on Tunisia as the country toppled Zine El-Abidine Ben Ali’s authoritarian regime after months of civil unrest, kicking off the so-called Arab Spring. Almost three years later, Tunisia has fallen off most people’s radars, virtually disappearing from media headlines.

This has precipitated the idea that the country’s post-revolutionary development is of little importance to the American people. However, if Washington intends to protect its interests in the region, it would do well to focus a little more closely on the small North African state.

If Tunisia is successful in its democratic transition, it will have the first political system in the Middle East that is both officially Islamic and authentically democratic. This will demonstrate to both the regional and international community that “there is no contradiction between democracy and Islam,” as Rachid Ghannouchi, leader of Tunisia’s ruling party, put it in a recent speech in Washington. If he is right, perhaps we will hear what I heard at the beginning of the Arab Spring from many of my Egyptian friends: “If Tunisia can do it, so can we!” The potential spread of democracy in the region is tightly tied to Tunisia’s success.

On an institutional level, Tunisia has done a pretty good job so far. In its 2011 electoral formula, Tunisia established a single-vote, single-tier voting system, which guaranteed a reasonably high level of electoral transparency. It also established electoral districts of moderate size, with enough people elected to represent the varied interests and ideas present, but few enough that representatives can be held personally accountable. The election observation delegation from the National Democratic Institute (NDI) “described Tunisia’s 2011 constituent assembly elections as an extraordinary achievement so soon after the country emerged from decades of authoritarian rule.”

The Ennahda party, which currently holds the majority in Tunisia’s National Constituent Assembly (NCA), has been described as a moderate Islamist political party. Recognizing that it needed help to govern, and in an attempt to help put an end to an ongoing feud between Islamists and secularists, Ennahda formed a coalition with two major secular parties. This was also an effort to represent not just a majority but the entire moderate political spectrum.

Ennahda has demonstrated a willingness to compromise, which is key to the success of a democratic transition. “We have tried hard to avoid ideological polarization because this is recipe for chaos and failure,” said Ghannouchi, the party’s founder and president. “That is why we have made many concessions whether in government or in the constitution so as to avoid this danger.”

Indeed, Ennahda conceded many of the government’s key ministries to independent candidates. In order to construct a comprehensively representative constitution, Ennahda has engaged with a diverse cast of political players and civil society organizations—a positive sign for a future where the government and civil society maintain a good relationship characterized by mutual respect.

The culmination of 16 months of deliberation, including a five-week national dialogue between the most prominent political parties, the latest draft of the new Tunisian constitution reflects “political freedoms, the peaceful circulation of power, mutual respect, a civil state, an independent judiciary, and the rejection of state hegemony or violence,” according to analyst Marc Lynch, and accepts freedom of conscience and the universality of human rights. It also splits executive power between a president and a prime minister, one of the determined measures taken to avoid authoritarianism.

The most telling compromise made by the Ennahda party is the decision not to mention Sharia in the constitution at all, not even as a source of law. This compromise in particular intimates that Ennahda might have the potential to successfully lead an authentically democratic government.

However, due to its willingness to compromise, Ennahda has lost some of its membership and support to conservative Salafi parties, which exist largely in poorer districts. Subsequently, puritanical mobs have vandalized liquor stores and religious sites and attacked their opponents.

This is part of a larger, more pressing issue: the economic situations of those who drove the revolution have not improved one bit. People have high expectations but low patience. This means that Tunisia’s leaders need to intensify their efforts to stimulate economic development, and fast. But how can they do so when they are a little preoccupied setting up an entire government?

This is where Washington comes in.

We have learned from the past that the United States does not fully understand the transitions that it gets involved in. Nevertheless, it is imperative that Washington supports Tunisia as it continues to undergo its transition, particularly with regard to its economy. If their economy continues in its current state, frustrated Tunisians, particularly the young drivers of the revolution, might revolt yet again—either against those in power or perhaps even the institution of democracy itself. This is one of the greatest threats to the country’s successful transition.

Reforming and restructuring a nation is not a quick job. It takes time and it won’t be perfect, but Tunisia is on the right track. Washington should not attempt to rush the process, but rather enable Tunisia to work at a pace that ensures the effectiveness of its decisions. It can do so by helping tackle the threats posed by and connected to a poorly functioning economy, whether by expanding initiatives that support small and medium-sized businesses, increasing the number and scope of programs that help build marketable skills for youth, or donating for debt relief, all of which must be conditional on the government’s commitment to democracy and protection of basic freedoms—though not necessarily on economic reforms or trade liberalization, which can cripple a vulnerable economy and open it to exploitation.

Patience is dwindling, but Tunisia needs more time to carry out this important transition. The United States can and should help buy that time. Tunisia must not fail.

Sarah GoldSarah Gold is a contributor to Foreign Policy In Focus.