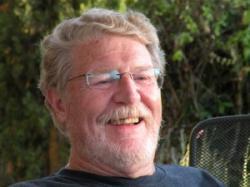 The unrest gripping Turkey has less to do with Islam than with the AKP’s policies of privatization, its push to centralize authority in the hands of the country’s executive branch, and its silencing of the media.
By Conn Hallinan | July 29, 2013

For the time being, Turkey’s Prime Minister Recep Tayyip Erdogan—with brutal police tactics that killed four people and injured more than 8,000—appears to have successfully crushed demonstrations aimed at blocking the demolition of Gezi Park in central Istanbul and has weathered a similar outbreak in the country’s capital, Ankara.

But the upsurge was never just about preserving green space, and the picture conjured up by most of the Western media—secular Istanbul liberals vs. a popular prime minister backed by a conservative majority in Turkey’s Anatolian hinterlands—was always an oversimplification of the grievances behind the unrest.

Nor are those grievances the kind that are easily dispersed by clubs and gas, and the “popularity” of the Erdogan government may be shallower and more fragile than it appears. According to Turkey’s MetroPOLL research center, Erdogan’s popularity has dropped from 60.8 percent to 53.5 percent.

Certainly the demonstrations around Gezi Park reflect tensions between secular forces and Erdogan’s Islamist Justice and Development Party (AKP). In the months leading up to the outbreak, the AKP-dominated parliament passed laws restricting the use of alcohol and tobacco, public kissing, and abortion, and the prime minister called on mothers to have three children. The Turkish daily Zaman found that 54.4 percent of the population “thought the government was interfering in their lifestyle.”

While the demonstrations may have begun with secular youth in Istanbul, according to Kemel Dervis, former Turkish economic affairs minister, it is now a “social movement” embracing the whole country and includes “observant Muslims, mid-career professionals, factory workers, and many others.”

The unrest gripping Turkey has less to do with headscarves and Islam than with politics and economics, fueled by a growing discomfort with the AKP’s policies of privatization, its push to centralize authority in the hands of the country’s executive branch, and its silencing of the media. The three are not unrelated.

A case in point was the AKP’s recent move to turn the authority of the Chamber of Engineers and Architects—a group that opposed the commercial development of Gezi Park and challenged the government with a lawsuit—over to the Ministry of Environment and Development, effectively sidelining the Chamber. Private developers close to the AKP were then handed the contract for razing the park and building a mall modeled after an Ottoman barracks.

Suppression of the media doesn’t just involve tossing journalists in jail, although the government has jailed more journalists than Iran and China combined. It is also about a culture of mutual back scratching between media owners and the AKP.

According to Turkish journalist Yavuz Baydar, “Turkey’s mainstream media is owned by “moguls who operate in other sections of the economy, like telecommunications, banking, and construction,” and that support for the AKP translates into lucrative “public works contracts, including huge urban construction projects in Istanbul.”

For instance, the owners of the news channel NTV discontinued a popular publication (also called NTV), because it ran a cover story on the history of Gezi Park. NTV is owned by the Dogus Group, which recently won a $700-million government contract to develop Istanbul’s old port for tourism, real estate, and commercial shops.

Turning public lands over to private developers has long been a central plank in the AKP’s approach to governance. In May 2011, the Erdogan government was granted the right to bypass parliament and make laws by decree for a period of six months. In August, the AKP dissolved the independent commissions overseeing the environment and “decreed” that all such decisions would rest with the Ministry of Environment and Urban Development. According to Asli Igsiz, a professor of Middle East Studies at New York University, this meant that the environment was now at “the mercy of urban developers.”

The Erdogan government is currently trying to pass a “Preservation of Nature and Biodiversity” bill that would dissolve independent watchdog commissions and hand all authority over national parks over to the Ministry of Forestry and Waterworks. If passed, the bill would essentially open 12,000 national parks, heritage sites, and forests to “development, even the construction of nuclear and conventional power plants and factories,” according to Igsiz.

The AKP’s push for privatization is consistent with the conservative, business-orientated platform of the Muslim Brotherhood—with which the Turkish party is akin—throughout the Middle East. In the year that the Brotherhood dominated the Egyptian government, it sold off state-owned industries at bargain basement prices, resulting in the widespread layoff of workers. Erdogan has done much the same thing, earning the ire of Turkey’s trade union movement.

On June 17, the Confederation of Public Workers (KESK) and the Confederation of Progressive Trade Unions (DISK), representing 800,000 Turkish workers, struck to protest police brutality and demand the resignation of the government. “Freedom loving laborers who are striking a claim on their future” are taking to the streets throughout the country, a joint union statement read, to protest the “AKP, which has transformed [the] country into a hell by inserting its authoritarian practices.”

The widespread participation of trade unionists in the demonstrations has largely been ignored by the Western press, which also failed to report similar support by Egyptian trade unions—particularly those in textile and cotton—for the overthrow of Hosni Mubarak and, more recently, Mohamed Morsi.

Cracks in the Foundation

Erdogan is still popular in Turkey, but that popularity has thinned and largely rests on the AKP keeping the economy running smoothly and coming to some kind of agreement to end the long-running war with its Kurdish population.

But there is trouble on the horizon for the economy. The growth rate has dropped, and while the AKP has overseen a dramatic rise in living standards over the past decade, the economy has cooled, income is stagnant, and the demonstrations have spooked the stock market and foreign investors. The stock market plunged 10.47 percent on June 3, and, as Tim Ash of Standard Bank told the Financial Times, “Simply put on a risk-rewards basis, Turkey does not appear to offer convincing values at present, and investors would be well advised to adopt a cautious approach.”

Even a peace agreement with the Kurds appears to be in danger.

According to the Guardian (UK), Ankara has flooded the Kurdish region with security forces, military camps, and checkpoints in an effort to shut down one of the area’s major economic activities: smuggling.

But after 30 years of war and some 40,000 deaths, the region’s economy is in ruins, and smuggling is sometimes the only economic activity left to the Kurds. “People here feel they are under siege,” Nazif Ataman, a Kurdish Peace and Democracy Party member told the Guardian. “The military controls are reminiscent of war. We lack everything here: schools, hospitals, factories. Peace has come, but the government only invests in security.”

And, under pressure from Turkish nationalists, Erdogan has refused to consider two core Kurdish demands: that the Kurds be allowed to use their own language for education, and that the 10-percent threshold for entering parliament be reduced. Kurds make up about 10 percent of Turkey’s population and are concentrated mostly in the country’s east.

Lastly, the AKP’s support for the insurgency against the Assad regime in Syria is increasingly unpopular among Turks. The AKP pushed its Egyptian counterpart to back the insurgency, which in part led to the recent coup in Cairo. It was Morsi’s call for a jihad against Damascus that helped propel Egyptian Army, which has long ties to the Syrian military, to move against the Brotherhood government. Egypt’s new foreign minister has already distanced Egypt from Morsi’s all-out support for overthrowing Assad. Will the Muslim Brotherhood’s fall in Egypt reverberate in Turkey? It might.

In the meantime, anti-AKP activists are continuing their campaign, one in which ridicule of Erdogan—who has decidedly thin skin—has emerged as a tactic. Thus the “Alcoholic Unity League” (more than 80 percent of Turks do not drink) has joined with the “Looters Solidarity Front” (Erdogan referred to demonstrators as “looters”). Despite water cannons, rubber bullets, and gas, the Turks have kept a sense of humor.

But issues that fueled the May and June protests are hardly a laughing matter, and they are not about to quietly disappear.