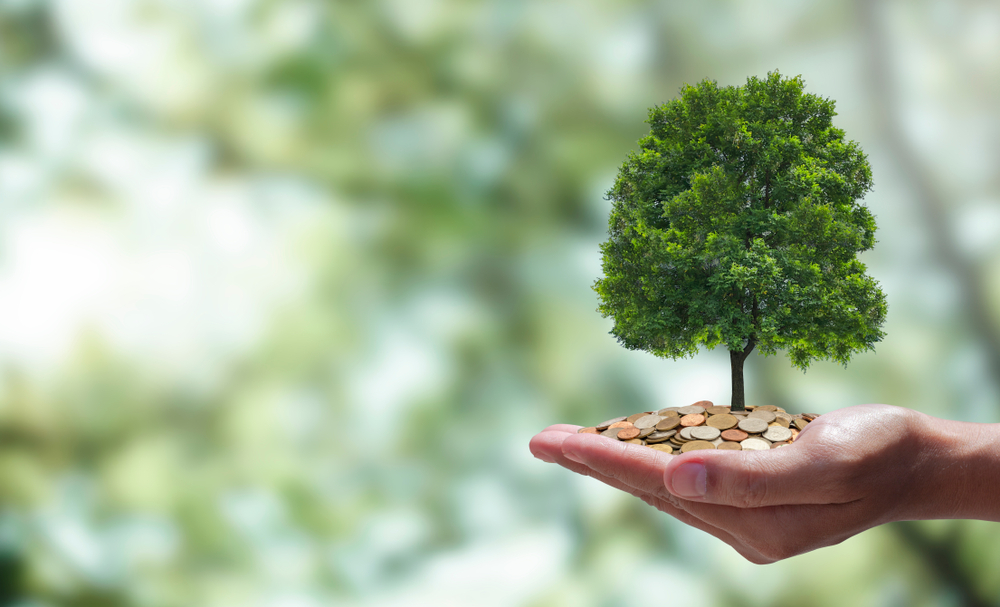 The market is not the go-to solution to the major problems of our age.
By John Feffer | August 3, 2022

You’ve heard about corporations being treated like people. It’s one of the outrages of the Citizens United decision some years back by the Supreme Court, that corporations have a right to free speech just like individuals and therefore can contribute unlimited money to candidates running for office. Bye-bye, democracy.

Now there’s a movement afoot to go the other way and turn people into corporations.

Yes, I know, some people like Elon Musk and Donald Trump already act pretty much like corporations. When the famous turn themselves into brands—pop stars, mega-athletes—they basically transform themselves into businesses.

But I mean a real corporation, one that issues stocks.

That’s the idea of Daniil and David Liberman, two entrepreneurs originally from Russia who are trying to popularize their idea of personal corporations among Silicon Valley investors. As profiled in The New Yorker, the brothers came up with the idea as a way to stop the large-scale transfer of wealth from young to old.

The old are indeed picking the pockets of the young, thanks to such factors as rising school loans at one end and pension fund payouts at the other. Those who are 24 and younger hold an average of nearly $11,000 of debt, which rises to over $27,000 for folks between 24 and 40 (not counting mortgages). The opposite is true on the other end of the age spectrum, where America’s oldest are now America’s wealthiest. As Forbes explains:

The Libermans’ solution to this problem is for young people to gain access today to their earning potential of tomorrow. To understand how this might work, let’s see how a would-be comic book artist named Brittany might benefit from becoming a joint-stock company.

Brittany, 18 years old, draws in the basement of her parents’ house. She has amassed a certain following on TikTok and Instagram, but no publishing companies have come calling. Her parents want her to go to college. She doesn’t see the point. Once her comic strip about a rabbit with superpowers goes viral, she’ll be set for life. Why go into student debt when success beckons just around the corner?

But Brittany needs money. Her parents aren’t rich. She’s been relying on a clunky old computer to produce her images. She needs some real equipment. Her part-time job at Dunkin’ Donuts doesn’t bring in anywhere near what she needs. Nor does she know anyone with the money or the connections to help her realize her dream.

Enter the Libermans, who suggest that Brittany incorporate herself and issue shares, at a reasonable price. She convinces everyone she knows to buy them. Suddenly, in a stroke of luck, a hedge fund manager discovers her new corporation and buys a huge number of shares in the expectation that Brittany will indeed hit it big and her shares will rise in value.

Investing in Brittany, in other words, quickly becomes the equivalent of buying shares in Amazon or Starbucks or Microsoft before they became famous. Brittany, meanwhile, can use all the money she’s raised through her initial stock offering to buy new equipment, hire a publicity agent, and—ka-ching!—get her strip in front of Netflix execs eager to greenlight a new animated series.

But really, how would this scheme actually shift wealth away from the old and into the pockets of the young? Issuing shares in one’s self has the same hit-it-big randomness of a lottery. A few people, particularly early adopters, would be able to take advantage of this innovative way of raising capital. A lot more would try it out and fail either because they had a flawed business plan or couldn’t market themselves. Millions and millions of GoFundMe pages—which this scheme essentially boils down to—eventually produce diminishing returns.

And what about the mass of ordinary young people who just want stable jobs? What sugar daddy is going to buy up their shares?

The Libermans are channeling the spirit of the age. Their idea of personal corporations is not just an expression of uber-entrepreneurialism. It reflects a faith that the market, if shaped a certain way, can solve all of the world’s problems.

And that is a dangerous delusion.

The farmers market around the corner from me is fabulous. Growers from around the area bring their produce directly to the consumer. The prices, which are as good as or better than the supermarket, are established through competition among the local producers. The best produce sells out, and unsuccessful growers turn to other products or professions.

Markets can be a wonderfully efficient method of regulating supply and demand.

The problem arises when the Market becomes a deity invested with omnipotence, a god that is invoked at every opportunity to solve every problem.

That’s the major flaw in the Libermans’ plan. It’s not just the scheme’s internal challenges (what about taxes? corporate governance? insider trading? a futures market that hedges bets on the individual’s success?). It’s that the Market is not in fact the most efficient method of addressing the underlying problem of the generational shift in wealth. The obvious solution would be to give debt relief to students and/or make college more affordable, while paying for those reforms by raising taxes on the wealthy. But those would be government actions, and who in Silicon Valley wants to invest in the state?

A similar mismatch between problem and solution can be found with climate change. The simplest approach to reducing carbon emissions is for states to use carrots and sticks to push through enormous changes rapidly. The carrots would include incentives for businesses and individuals to shift to renewable energy plus job-retraining programs, investments into public transportation, and the like. The sticks would include major penalties for continuing to rely on dirty energy sources. Some states—Uruguay, Denmark—have indeed followed this path.

But another line of thinking involves carbon markets with credits, generated by a reduction in carbon emissions, that companies and countries trade both nationally and globally. Such a scheme would, like tax incentives from the state, seem to nudge economic actors to make environmentally responsible decisions that help countries meet their nationally determined contributions (NDCs) under the Paris agreement. As one of the boosters of carbon markets, the World Bank, explains:

Carbon markets help mobilize resources and reduce costs to give countries and companies the space to smooth the low-carbon transition. It is estimated that trading in carbon credits could reduce the cost of implementing NDCs by more than half – by as much as $250 billion by 2030. Over time, carbon markets are expected to become redundant as every country gets to net zero emissions and the need to trade emissions diminishes.

Sounds good. Cue the TedTalks about how great carbon markets are…

Carbon trading schemes have been around for a while. Quite a number have been tested out, such as the cap-and-trade system in California and the European Union’s emissions trading system. The last COP, in Glasgow, effectively endorsed this approach by developing rules for a global system.

These carbon trading systems, at least as they are currently constituted, have some major flaws. For one thing, they mostly just move the problem around. “Carbon offsetting is (at best) a zero-sum game and does not lead to global emission cuts since greenhouse gas reductions in one place are cancelled out by continued pollution elsewhere,” observes Khaled Diab of Carbon Market Watch.

In California, the cap-and-trade system may have played a part in the impressive reduction in the state’s carbon emissions, but it hasn’t addressed the equity problem: low-income communities still suffer disproportionately from the health impacts of carbon emissions. Back in 2019, before the pandemic upended the statistics on carbon emissions, ProPublica looked at the data and discovered that “carbon emissions from California’s oil and gas industry actually rose 3.5% since cap and trade began. Refineries, including one owned by Marathon Petroleum and two owned by Chevron, are consistently the largest polluters in the state. Emissions from vehicles, which burn the fuels processed in refineries, are also rising.”

The European Union launched its emissions trading system in 2005, and it has grown to include over 30 countries and 10,000 power plants and industrial sites. By one benchmark, the system has helped reduce carbon emissions in specific sectors (such as steel production, aviation, and the chemical industry) by over 40 percent since the launch of the scheme.

One of its problems, however, has been that it doesn’t cover all the sectors that emit carbon, which has prompted the EU to push to expand the system to include construction, road transport, and the maritime sector. Those reforms face considerable political hurdles, not to mention the challenge of reduced energy imports from Russia because of the war in Ukraine.

One of the virtues of the EU system, however, is that the European authorities are working to remedy its flaws, such as the gaps in coverage. Or consider the problem of the “free allowances” given to energy-intensive industries, which actually cover 94 percent of emissions from that sector. Such allowances end up acting like subsidies for polluters. The European Parliament is currently debating a phase-out of these allowances.

But even if we grant that carbon markets could play a role in reducing overall carbon emissions, is the Market still the best tool for handling a problem like climate change?

Free-market enthusiasts used to pooh-pooh the necessity of government action in the face of climate change. The market, they claimed, would eventually respond to the laws of supply and demand to address the problem. Oil companies would eventually become obsolete or transform entirely into solar panel companies. The invisible hand would steer the energy transition.

But the market didn’t act this way—because that’s not how markets operate. Markets don’t respond to planetary needs, only to human desires. Also, powerful economic actors manipulate markets for their own ends. Oil companies spent decades and millions of dollars disseminating false information about climate change. They have collectively supported the maintenance of huge fossil fuel subsidies—which amounted to nearly $6 trillion in 2020. These malevolent actions behind the scenes constitute the real invisible hand.

So, why will carbon markets act any differently?

You could argue, certainly in the case of the European Union, that governments are shaping carbon markets so that they operate more transparently, have fewer loopholes, and meet clearly established benchmarks (like the goals established by the Paris agreement). You could also argue that most governments are not prepared to follow the examples of Uruguay or Denmark to enact state-led policies to bring us out of this climate crisis. The private sector is a powerful player; why not leverage that power?

Those are important arguments. But let’s return to the notion of individuals as corporations. The Libermans’ scheme—an example of the audacious, outside-the-box thinking that so captivates entrepreneurs, hackers, and venture capitalists—would end up advantaging the few and leaving the rest where they started. Wealth would remain in the hands of the wealthy, regardless of their age.

I fear that the same holds true for carbon markets. Some schemes are simply shell games that move the carbon around. Others, like the EU arrangement, have more potential, but will also end up rewarding the powerful players who have figured out ways to game the system.

Put another way, climate change is too serious and too urgent a threat to leave to the Market. How do we push states and international institutions to step into the breach and take this threat more seriously? That’s the ultimate twenty-first-century challenge for We, the People—and not we, the corporations.