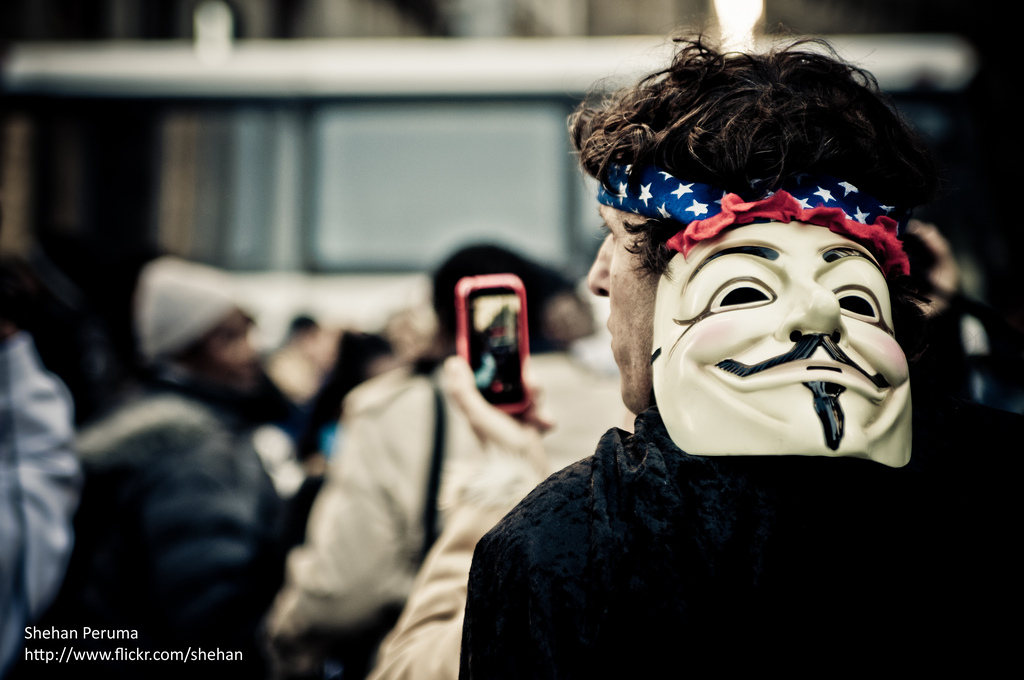 With the passing of Nelson Mandela, we mourn the loss not only of a great liberator, but of an era of great leaders. Why have we grown so wary of leadership?

The Twilight of Leadership

We don’t have many Nelson Mandelas left, and we don’t really like the more pedestrian politicians that we’ve been saddled with.
By John Feffer | December 11, 2013

With the death of South African leader Nelson Mandela, many have mourned the passing of a brave activist, a far-sighted statesman, and a compelling moral force in the fallen world of global politics. His passing has touched hundreds of millions of people around the world. They are grieving his death, of course. But they may also be lamenting something much bigger: not just the passing of a great liberator but the era of great leaders.

Leaders like Nelson Mandela seem to be going the way of blacksmiths, epic poets, and the great ocean explorers. All of these path breakers were vitally important in their time, but no more. Are we on the verge of displacing leaders in much the same way that we once pushed royalty to the side? Such leaders might remain in view — like Bono discoursing on global poverty — but they function as figureheads no different from Prince Charles.

Modern life is increasingly decentered. Twitter has no leaders. The European Union doesn’t really have a leader either. The Occupy movement prided itself on being leaderless. The LGBT effort has scored any number of victories but without a single person leading the charge. The global economy has powerful players, both national and corporate, but there is no tsar presiding over the vast enterprise, despite how the heads of the World Trade Organization and the International Monetary Fund might fancy themselves.

Or consider what’s happening these days in Ukraine. In the streets of Kiev, hundreds of thousands of Ukrainians are protesting the Russia-leaning direction of the current government of Viktor Yanukovych. Many of these protestors are too young to have participated in the Orange Revolution that dislodged Yanukovych back in late 2004. At that time, the leaders of the Orange Revolution were Viktor Yushchenko and Yulia Timoshenko, who became president and prime minister in the subsequent government. They subsequently had a very public falling out, with Yushchenko ultimately testifying against his former colleague at her trial. She lost a bid for the presidency in 2010 and is now sitting in jail on cotrruption charges. He saw his popularity rating dropped from 70 percent in 2005 to 20 percent within less than a year. As the Ukrainian economy imploded, Yushchenko and Timoshenko continued to fight one another, like two characters in an action movie struggling in the caboose of a runaway train heading for a precipice.

Given the failures of the post-Orange Revolution leadership, it’s no surprise that Viktor Yanukovych was able to make a comeback and retake the presidency. Given the disappointments of Ukrainian voters, it’s no surprise that the current crop of activists is thoroughly skeptical about leadership. As young demonstrator Anastasia Bondarenko explains: “During the Orange Revolution people did believe in leaders. Now they don’t.” They are in thrall to an idea — Europe — rather than any leader.

Ukraine is no exceptional case. Look at what has happened to Mohamed Morsi of Egypt (once president and now in a remote desert prison), Silvio Berlusconi of Italy (expelled from parliament, finally, and facing a jail sentence), Janez Jansa of Slovenia (given a two-year sentence this summer for bribery), and many other disgraced leaders.

Politicians don’t have to end up in prison to demonstrate the disillusionment that so many people have with their leaders. Rapid fluctuations in approval ratings, followed by rapid rotations in and out of power for democratic politicians and parties all around the world, make Angela Merkel of Germany (in her eighth year in office) and Barack Obama (in his second term) a rarity.

Of course, plenty of strong-arm leaders cling to power, like the leaders of Cameroon, Equatorial Guinea, Zimbabwe, Angola, Cambodia, and Uganda, all of whom have been in place for more than 25 years. It would be nice to consider them relics of an older age, like those islands of colonialism that somehow survived decolonization, such as Hong Kong and Macau before the British handover or East Timor before independence. After all, in 1974, only 27 percent of independent states were democracies. By 1999, that figure had risen to 63 percent.

According to the thesis of democratic inevitability, we have largely exited the age of authoritarianism. The anti-regime struggles that defined Nelson Mandela’s political career — or Lech Walesa’s in Poland or Kim Dae Jung’s in South Korea — are those of a previous generation.

In Slovakia, I interviewed the son of a prominent dissident (himself the son of a prominent dissident). Michal Simecka currently works in Brussels and approaches questions of democracy differently from his parent’s generation.  “We need a more substantive and more multidimensional way of thinking about democracy, specifically one aspect of democracy completely absent from the paradigm in the 1990s, and that’s civic participation,” he told me. “Here people think about democracy or the lack thereof mostly in terms of liberal values or the infringement of those values by the state. They don’t think in terms of civic participation. To what extent can people take part in decisions? Or to what extent is there policy accountability? This requires a new mindset or a new conceptual framework for democracy.”

The EU has proven reasonably stable, so the locus of activity has shifted toward the deepening of democracy rather than the attainment of it. Elsewhere, the thesis of democratic inevitability seems rather wobbly, and the state remains part of the problem not part of the solution. Since 1999, the number of democracies has actually declined — down 3 percent to 60 percent in 2012. For every Mandela in South Africa or Bachelet in Chile, there’s been a Museveni in Uganda or Putin in Russia. Decolonization, by contrast, was almost without exception irreversible.

Thus, in Burma, the leadership of Aung San Suu Kyi, moral as well as political, remains important. In China, Liu Xiaobo remains in prison for the non-violent campaign for human rights that gained him a Nobel Peace Prize in 2010. In Russia, prominent activist and lawyer Alexei Navalny has faced several jail sentences, largely because of his opposition to Vladimir Putin. Other courageous activists continue to follow in Mandela’s footsteps in their own countries.

Still, even as these democratic activists struggle to reduce the authoritarian power of their states, they appear to be the exceptions rather than the rule. Meanwhile, we are becoming less and less confident in the capacity of leaders and leadership. Here are two reasons.

Leadership of Mandela’s kind is useful in certain contexts and not others. Take the issue of economic inequality. South Africa no longer suffers under apartheid, and Chile no longer must endure Pinochet. But both countries are among the most economically divided in the world. That kind of problem requires a collective effort by activists, unionists, policymakers, enlightened business people, and the like.

Modern society has become simply too complex for any one person to master. It’s one thing to stand firm against an evil system or a dictatorial regime. This may not be an easy task, but it is an easy-to-understand task. But what about climate change? And while you’re at it, can you also please reform the financial sector, deal with the threat of WMD, and make generic drugs available to the world’s poor? These are not only big challenges. They are complex questions that require a lot of patient work in the grey area of compromise. They are, in other words, political challenges rather than moral ones.

Second, our leaders disappoint us. Aung San Suu Kyi hasn’t stood up more forthrightly against ethnic violence against Muslims in Burma. Vaclav Havel supported the U.S. invasion of Iraq. Barack Obama greatly expanded the U.S. program of extrajudicial killing. Sometimes these disappointments have driven us into the arms of other potential leaders (Elizabeth Warren, anyone?). More importantly, though, they have eroded our faith in leaders more generally, as the disappointments with the Orange Revolution leadership has done in Ukraine.

So, we don’t have many Mandelas left, and we don’t really like the more pedestrian politicians that we’ve been saddled with. We could throw up our hands and decide to let technocrats take over. These are the opposite of leaders. They know one thing and apply their expertise narrowly on technical issues. The future, in short, would be Brussels: endless directives and colorless stability.

We continue to cast around for new models and mindsets — like crowdsourcing and deliberative democracy and participatory budgeting. We mourn Mandela. But we also mourn the moral clarity he possessed and his ability to make us aspire to something greater. That remains our challenge as we move away from the model of a single great leader: to create a participatory system that avoids the lowest common denominator and yet, in that inimitable Mandela style, raises our game.