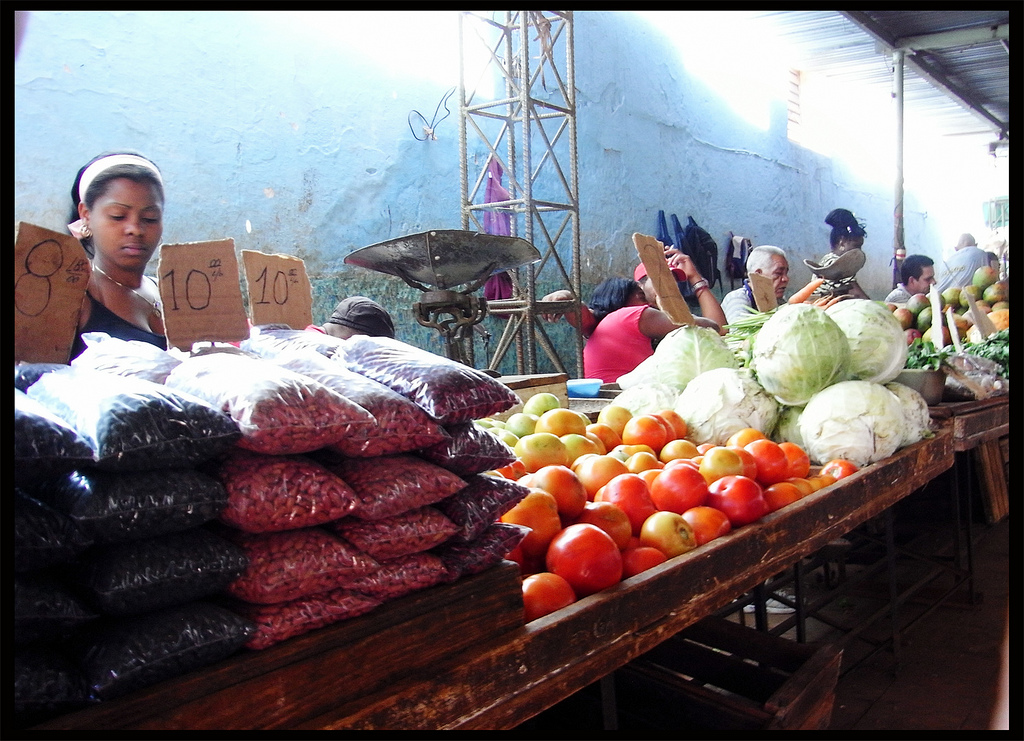 Obama administration officials say they want to improve ties between the U.S. and Cuba, but U.S. restrictions on Cuban finances have made it impossible for Cuba to keep its interest section open. (Image: scottmontreal / Flickr)

The Obama administration says it wants to improve U.S. ties with Cuba, but its own policies are preventing the country from keeping its diplomatic facilities open.
By Arturo Lopez-Levy | December 4, 2013

Just before Thanksgiving, Cuban-American families who had hoped to spend the holidays with their Cuban relatives got some bad news.

On November 26th, Cuba suspended consular services — including the issuing of passports and visas — at its interest section in Washington. The move came after the Buffalo-based M & T Bank announced this summer that it would stop providing Cuba with banking services in the United States. The Cuban government could not find another bank to take its place.

When President Barack Obama called earlier this year for U.S. relations with Cuba to be “updated,” this is probably not what he had in mind.

The reduction in services — and the resulting obstacles for traveling — flies in the face of recent efforts to improve relations between the two countries. President Obama has loosened travel restrictions for Cuban Americans, permitted remittances, and promoted educational, cultural, and religious exchanges with the island. The closure of Cuba’s consulate goes in precisely the other direction, upending much of this work.

Behind the scenes, the U.S. government is seeking to address the immediate crisis by finding another bank to provide services so the consulate can open again. But because of harsh U.S. sanctions against Cuba, banks are hesitant to do business with the island for fear of running afoul of U.S. law. Instead of seeking a superficial fix, the United States needs to lift its trade embargo on Cuba or at least remove the country from the state terrorism list. The time has come to normalize economic ties, improve political relations, and allow financial transactions to function regularly.

In the absence of diplomatic relations and official embassies, Cuba and the United States have “interest sections” that house the countries’ consulates. Officially part of Switzerland’s embassies (although in practice operating independently from them), these offices grant visas and handle other personal records and procedures. The interest sections began in 1977, during the Carter administration, in an effort to re-establish some of the bilateral connections that had been severed in 1961.

Both governments appreciate the benefits interest sections provide. Cuba’s mission in Washington provides it with critical access to the U.S. political scene and the Cuban-American community abroad. Likewise, the U.S. government values its office in Cuba. Former Secretary of State Condoleezza Rice held that the Havana office allowed Washington to remain informed, provided a venue for positive interaction with Cuban society, and facilitated discussions about issues of mutual interest with the host government. In her book No Higher Honor: A Memoir of My Years in Washington, she went so far as to propose that the United States institute a similar “interest section” model in its relations with Iran.

Moreover, the interest sections provide crucial services to citizens. Cubans in the United States rely on the consular services for travel to the island. Other Americans have been able to engage in new opportunities for cultural and educational exchange.

But the U.S. government’s own policies are frustrating the Obama administration’s stated goals of improving ties with Cuba, closing off even this limited point of contact.

The current problems come on the heels of a gradual opening of relations between the two countries. Both President Obama and Secretary of State John Kerry have recognized the significant positive changes occurring in Cuba and say they want to encourage them. Speaking before the Organization of American States shortly before the consulate closure, Kerry stressed the U.S. commitment to allowing certain travelers and remittances to Cuba. He said U.S. citizens visiting Cuba benefit the country by acting as “ambassadors of our ideals, values, ​​and beliefs.”

But throughout the U.S. government, a punitive, Cold-War-era approach to Cuba remains firmly ensconced. The Helms-Burton Act, which beginning in 1996 intensified the U.S. embargo toward Cuba, still restricts visits to and from the island. Moreover, Kerry’s own State Department continually refuses to remove Cuba from the State Sponsors of Terrorism list, despite providing no reasonable justification for keeping it on.

Instead of using taxpayer money to pursue real terrorists, the Treasury Department’s Office of Foreign Asset Control (OFAC) has stepped up sanctions on financial transactions with Cuba. The policy has caused a panic among banks, leaving them unwilling to risk servicing the Cuban interest section’s account and leading to the current suspension of diplomatic services. So while Kerry is asking others in the hemisphere to support his demand for political change in Cuba, U.S. policies are working against the economic, social, and political liberalization that has already taken place.

In Miami, the suspension of Cuba’s consular services has reverberated throughout the Cuban-American community, where émigrés have long complained about the Cuban government’s own limitations on their travel to the island. Instead of opening political space for Cuban Americans to press for changes in Cuba’s policy toward emigrants and their families, the U.S. crackdown on Cuban financial transactions crowds out constructive dialogue between the island and its diaspora. Several voices from the Cuban-American community, including Congressman Joe Garcia (D-FL), have advocated for a revision of the current policy.

During his recent trip to Miami, President Obama spoke about the need for a “more creative” policy toward Cuba. The reforms he has instituted point in the right direction. But they’re not nearly enough. In the prime of his second term, Obama should back up his criticism of the current policy with something far more substantial. It’s time not only for words, but for actual deeds.

The State Department has said that it’s trying to find a bank willing to work within the restrictions dictated by its Cuba policy. That’s better than nothing. But Obama should seize the opportunity to take a much bolder step. The United States has not documented Cuban involvement in any terrorist activity in over 20 years. The State Department should therefore remove Cuba from the list of state sponsors of terrorism — and it should begin to wind down the U.S. embargo, a dinosaur of a policy that dates back to the Cold War.

Either of these actions will immediately decrease the financial restrictions that act as disincentives for banks to deal with Cuba. Only then can the acute problem be solved and the long-term effort toward better relations with Cuba be advanced.