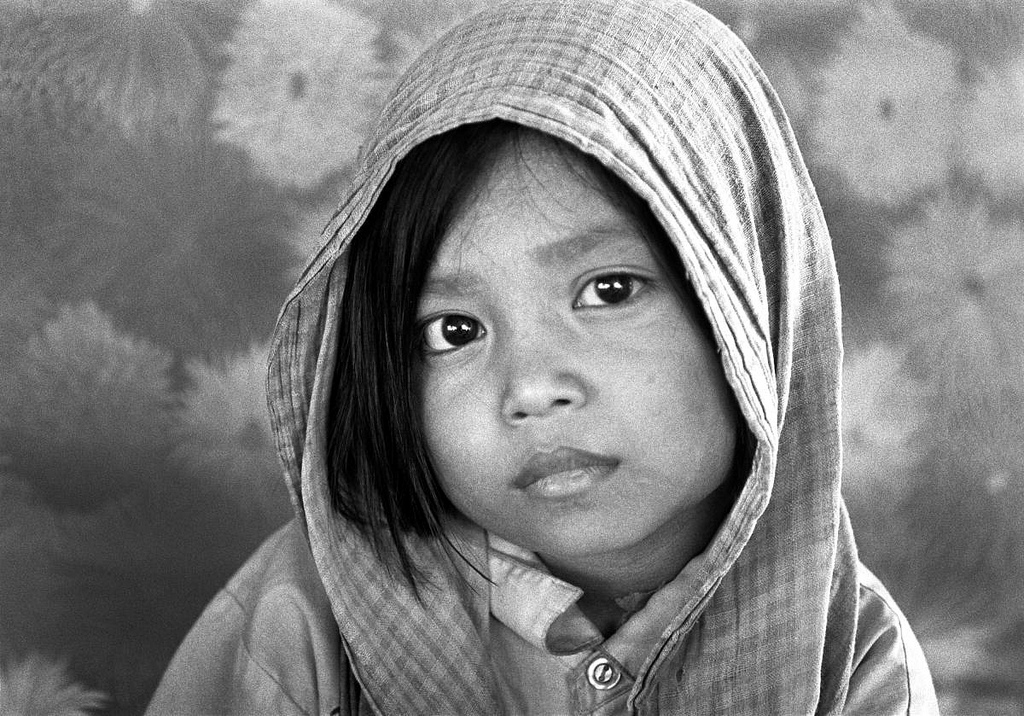 Hundreds of legal U.S. residents have been deported to Cambodia—including many who left Cambodia as infants or have never been there at all. As these residents leave behind children, yet another generation of kids is growing up without a parent. (Photo: United Nations Photo / Flickr)

The U.S. Is Deporting Cambodian Refugees and Orphaning Their Children

In the United States, whose bombing of Cambodia paved the way for the Khmer Rouge, many refugees now face the prospect of deportation under a draconian U.S. immigration regime.
By Justine Drennan | August 19, 2014

When a tribunal in Cambodia found two aging former leaders guilty of crimes against humanity earlier this month, many Cambodian and international observers’ verdict on the trial itself was: “Too little, too late.”

The conviction of Nuon Chea and Khieu Samphan, both in their eighties, came nearly four decades after their Khmer Rouge regime emptied Cambodia’s cities in 1975 and forced the county’s whole population into hard labor in rural collectives. The regime aimed to transform Cambodia into a socialist utopia. But instead, an estimated 1.7 million Cambodians died from overwork, starvation, and disease in the fields—or torture and execution as suspected dissenters.

By the time Vietnamese forces toppled the Khmer Rouge in 1979, families had been torn apart across the country, leaving generations traumatized. Partly due to the lasting toll those years had on Cambodia’s economic and political development, the UN-backed Khmer Rouge tribunal didn’t get underway until 2006.

The recent verdict against the regime’s two surviving leaders was only the tribunal’s second, following the conviction of a former prison director in 2010. The court will start trying the two leaders on additional charges in the fall, in what may be the cash-strapped tribunal’s last case. Others died before they could be brought to justice, and many question whether life imprisonment for these two old men can really bring much closure for survivors.

As Cambodia struggles to reckon with its traumatic past, Cambodian refugees across the sea are trying to cope with a fresh trauma.

In the United States, whose bombing of Cambodia paved the way for the rise of the Khmer Rouge, many refugees from the Killing Fields now face the prospect of deportation under a draconian U.S. immigration regime. Already hundreds of legal U.S. residents have been deported to Cambodia—including many who left Cambodia as infants or have never been there at all. As these residents leave behind children, yet another generation of kids is growing up without a parent thanks to the U.S. government.

Many parties bear some responsibility for the carnage of the Khmer Rouge’s Killing Fields, and it’s doubtful that any tribunal or policy could really bring justice to the families of the victims. But given the U.S. role in the tragedies Cambodia has experienced, an end to these deportations would be a small but fitting step.

Casualties of the Vietnam War

The United States played a significant role in bringing Cambodia to the state of chaos that allowed the Khmer Rouge to come to power. Between 1965 and 1973, American planes dropped more than 2.7 million tons of bombs on Cambodia, with the aim of destroying the bases and supply lines of Vietnamese communists operating out of the country. The bombings caused widespread dislocations across the countryside and encouraged some Cambodians to join the Khmer Rouge, then a guerrilla movement fighting the right-wing, U.S.-backed government based in Cambodia’s capital, Phnom Penh.

When the Khmer Rouge finally captured Phnom Penh in 1975, soldiers misled residents into thinking they had to evacuate the city because the United States was going to bomb it. About 2 million Cambodians left their homes with few belongings, many believing they’d be allowed to return in a few days, only to face years of forced relocations and constant fear of punishment for even the smallest of mistakes.

Vietnamese forces eventually ousted the Khmer Rouge in 1979, putting an end to its reign of terror. Yet throughout the 1980s, the United States cynically backed the fallen Khmer Rouge government still clinging to the country’s periphery as part of its Cold War strategy to undermine communist Vietnam.

The United States took some responsibility for the chaos it had helped cause when it accepted about 120,000 Cambodian refugees in the late 1970s and early 1980s, along with many thousands of others from Vietnam and Laos. But it offered little in the way of help once these refugees reached the United States, traumatized and penniless. Most Cambodian immigrants—who arrived in the 1980s to Reaganomics, a recession, and assistance agencies overwhelmed by the flood of Southeast Asians exiles—were left to their own devices.

Many suffered from PTSD and other mental health issues due to the nightmare they’d lived through under the Khmer Rouge. Parents struggling to make ends meet had little energy or time to spend with their children, who faced social isolation and discrimination in their new neighborhoods. Many found their sense of community in gangs, leading to brushes with the law.

Lacking resources and support to help them thrive in the United States, many Cambodian refugees didn’t realize the limitations of their rights as legal permanent residents. Some learned the precariousness of their resident status only when immigration officials informed them out of nowhere that they were going to be deported to Cambodia.

Harsh 1996 immigration laws greatly expanded the list of crimes that could lead to the deportation of non-citizens. Hundreds of permanent U.S. residents from Cambodia with past criminal charges have found themselves returning in shackles to Cambodia—sometimes due to years-old nonviolent crimes for which they have already served their time. Crimes for which Cambodian refugees have been deported have included the possession of marijuana and buying stolen computer chips.

Some “returnees” have actually never set foot in Cambodia and speak no Khmer, having been born in Thai refugee camps. Most consider themselves fully American. When they arrive, even those who do speak Khmer are seen as outsiders due to their accents, tattoos, or style of dress, and face cultural dislocation in Cambodia just as they did growing up in the United States. Due to these compounding traumas, many suffer from mental health problems, which Cambodia has almost no services to address. Some returnees fall into crime again and spend time in Cambodian prisons.

Since pressuring Cambodia into signing a repatriation agreement amid post-9/11 xenophobia, the U.S. government has deported more than 400 people to Cambodia, separating them from their families and telling them they can never return to America. Because the U.S. government does not consider deportation hearings to be criminal proceedings—even when deportation has been triggered by past crimes—deportees are not guaranteed lawyers or other due process measures mandated in U.S. criminal law.

Moreover, the 1996 laws eliminated judicial discretion to consider mitigating circumstances, such as economic and emotional impact on the deportee’s family, clearing the way for the separation of spouses from each other and parents from their children. And immigration officials have interpreted the law to apply retroactively, making residents eligible for deportation for crimes committed even before 1996.

Many of the same injustices that plague undocumented immigrants afflict these legal residents, including detention for long periods of time while their cases are processed, with no information about the timeline for their deportations.

An estimated 2,000 Cambodian U.S. residents have been identified as eligible for deportation in the U.S. Immigration and Customs Enforcement (ICE) agency’s drive to meet deportation quotas. These residents wait in constant fear that they could at any time be taken from their families and the country they call home. Many others could join them on ICE’s list in the future.

While Cambodian U.S. residents are far from the only “criminal aliens” and refugees losing out under harsh U.S. immigration policies, their deportation is particularly shameful because of the U.S. government’s role in the devastation that forced them to flee in the first place.

What these refugees suffer is of course in no way comparable in scale to what their parents experienced under the Khmer Rouge, but many elements are similar: life in fear of the repercussions of even small infractions, seemingly arbitrary imprisonment, deep uncertainty about the future, little to no notice prior to forced relocation, and separation from their families. That should be enough to make the United States, a financial backer of the Khmer Rouge tribunal, ashamed.

A 2010 report by Fordham Law School’s Leitner Center for International Law and Justice highlighted the case of one such child of the Killing Fields, Jorani, who was separated from her nine-year-old son when the United States deported her for drug possession in 2009. “Although Jorani tries to call as much as she can,” the report said, “she does not have consistent access to a phone and has little money to make long-distance calls. The only connection she has with her child is the handful of pictures she carries with her at all times.”

The report also found that as of 2010, six deportees to Cambodia had committed suicide.

The children of deportees are becoming yet another generation that, due to U.S. government policies, must grow up without a parent. Money that could have been devoted to social services and helped immigrants avoid deportable crimes in the first place is instead being spent on detention, deportation, and welfare for families left destitute by the loss of their primary breadwinners. And deportations have only increased under the Obama administration.

Given its own role in setting the stage for the horrors of the Khmer Rouge, the U.S. government should offer those it committed to take in as refugees some small part of the justice they deserve. As the tribunal in Cambodia moves forward with its slow and imperfect brand of justice, the opportunity for the U.S. government to provide more tangible recourse for these Cambodians is just one more reason to reform America’s overly punitive and rigid immigration policies.

Justine Drennan has reported for The Associated Press and The Phnom Penh Post in Cambodia and received a master’s in international relations from Cambridge University. She is now based in Washington, DC. You can follow her on Twitter @JKooKooD.