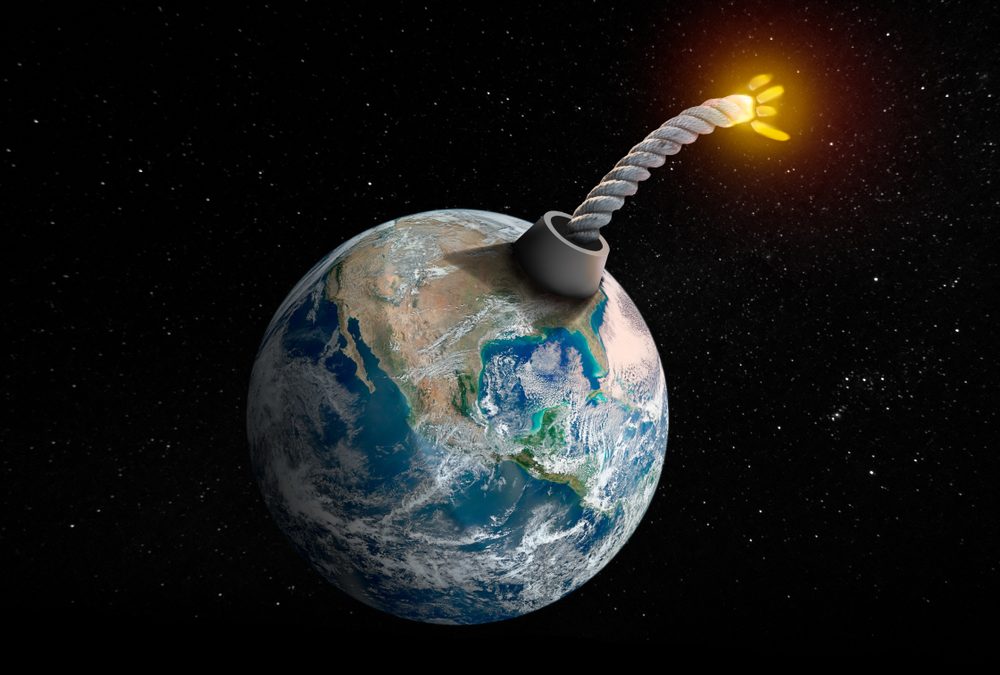 The United States is taking an increasingly confrontational stance toward China and Russia rather than working with them to address the climate crisis.
By Edward Hunt | November 15, 2022

The leaders of the United States are prioritizing great power competition with China and Russia at a time when much of the world is demanding that the world’s great powers cooperate to address the climate crisis.

Officials in Washington recently confirmed that they see great power competition with China and Russia as their top concern in global affairs, even while acknowledging that the greatest threat to the planet comes from climate change.

“The climate crisis is the greatest of all the shared problems we face,” Sullivan added.

For years, officials in Washington have been warning about the return of great power competition. They say that China and Russia are increasingly challenging the world order that the United States has dominated since the end of the Cold War.

“We’re at an inflection point in history,” Secretary of State Antony Blinken said earlier this month. “The post-Cold War era is over. There is a competition on now to shape what comes next.”

“We will prioritize maintaining an enduring competitive edge over the PRC while constraining a still profoundly dangerous Russia,” the report notes.

Within this framework, the United States has sought to punish Russia for its invasion of Ukraine and strengthen the U.S. military presence around China. Not only has the Biden administration funneled billions of dollars worth of weapons to Ukraine with the goal of achieving the “strategic defeat” of Russia, but it has overseen a major military buildup in East Asia, where the U.S. military now has more soldiers stationed than any other region of the world.

“The challenges we face are formidable, but the United States possesses strengths that our competitors cannot match,” the Defense Department insisted in a major report it released last month.

As the White House has sought to maintain U.S. global dominance, it has faced growing pressure to address the climate crisis. For years, most people around the world have identified climate change as the top threat to the planet. Public opinion polls indicate that most people look to world leaders to cooperate to address pressing problems.

At the world climate conference that is underway in Egypt, UN Secretary-General António Guterres said that “humanity has a choice: cooperate or perish.” Singling out China and the United States for their “particular responsibility” to work together, he warned that they were running out of time to resolve the climate crisis.

“The global climate fight will be won or lost in this crucial decade—on our watch,” Guterres said.

The Biden administration has repeatedly acknowledged that climate change poses an existential threat to the planet. Administration officials have insisted upon the urgency of addressing the threat, throwing their support behind unprecedented new investments in renewable energies, electric cars, and climate resilience projects. They claim that their actions will ensure that the United States meets its commitments under the Paris Climate Agreement.

“The United States of America will meet our emissions targets by 2030,” President Biden promised at the climate conference.

The White House also insists that it is open to working with China. The National Security Strategy, which describes the climate crisis as “the existential challenge of our time,” notes that the United States must work with China on global challenges, doing so “for the good of our people and for the good of the world.”

“The United States must maintain and increase international cooperation on shared challenges even in an age of greater inter-state competition,” the document notes.

Still, the Biden administration’s focus on great power competition has impeded global cooperation. U.S. relations with Russia are at a historic low, largely due to Russia’s invasion of Ukraine. Growing tensions between China and the United States over the future of Taiwan have stalled talks on the climate crisis. The Republican Party remains bent on reversing the modest climate achievements of the Biden administration, potentially dooming the possibility of great power cooperation.

Other factors have deterred action. The National Defense Strategy, which falls under the National Security Strategy, provides little indication that the U.S. military views climate change as a major threat. The Defense Department calls for mitigating the effects of climate change rather than eliminating the threat.

Russia and its supporters have stalled progress. Despite Western sanctions on Russian energy, the Russian government has been able to maintain high levels of energy production by selling its resources to countries that include Brazil, China, India, and Saudi Arabia.

“No global just transition can take place without the participation of Russia,” John Feffer wrote in Foreign Policy in Focus last year, when activists were promoting a Russian Green Deal.

Perhaps most alarming, the Biden administration has been pushing to increase oil production. High-level U.S. officials have been boasting that U.S. oil production is approaching record levels, even as they have been warning about the risks of climate change and calling on other countries to transition away from fossil fuels.

“The United States is the largest producer of oil and petroleum products in the world,” President Biden proudly declared in October.

Although total emissions declined during the pandemic, they have quickly rebounded and are expected to reach a record high this year. Researchers predict that U.S. emissions will increase by about 1.5 percent.

If the world stands any chance of saving itself from the climate crisis, then it is essential that the three great powers find ways of cooperating.

Last month, U.S. climate envoy John Kerry suggested that the United States should make greater efforts to work with China and Russia. He called for a resumption of climate talks with China and a negotiated settlement to the war in Ukraine.

“We have to summon the greatest effort we’ve ever assembled, with the greatest sense of urgency,” Kerry insisted. “And we must win this fight, because the alternative is beyond unacceptable.”