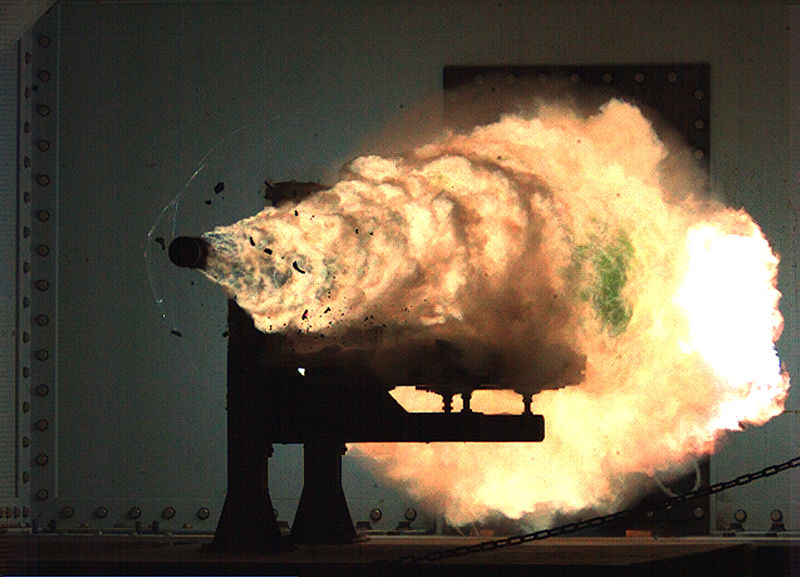 Even as President Obama has promised to get the United States off a permanent war footing, Washington continues to deliver money, guns, equipment, and training to foreign military and police forces around the globe. (Photo: Wikipedia)

Even as our two major wars come to a close and President Obama has promised to get the country off a permanent war footing, the United States continues to deliver more and more money, guns, equipment, and training to foreign military and police forces around the globe.

Two facts should give us pause. First, the United States is now providing essentially equal parts “guns” and “butter” in its foreign assistance. Second, this money is being spent with little congressional oversight, and it is often unclear where the money is going and whether it is effective. These developments suggest skewed national priorities. They also reinforce a negative U.S. image overseas as a country more committed to pumping up militaries than building up economies.

In this year’s budget, Congress authorized the Pentagon and the State Department to spend almost the same amount on foreign military and police assistance ($19.1 billion) as it did for State and USAID to use for non-security purposes such as health, education, and food security programs ($21.5 billion). While the Pentagon’s spending is difficult to track because of its opaque reporting process, it is possible to isolate several troubling trends.

Believe it or not, the spending imbalance is even more pronounced if temporary spending for the war in Afghanistan—which includes a sizable non-security component—is removed from the equation. The United States would still be spending much more on security assistance than on other programs. And even State itself would be spending more on security assistance than on global health programs, which at $8.44 billion is the largest single category of non-security foreign aid spending.

Under the current budget, the State Department will spend $8.51 billion in military and security assistance in 2014. In 2004, State spent $2 billion less, and that was during the wars in Afghanistan and Iraq.

In addition to the large nation-building projects in Afghanistan and Iraq, the Pentagon has been providing all manner of assistance to allies and partners in global hotspots to “fight the war on terror.” Since 2005, Congress has consistently given the Pentagon the flexibility to provide security assistance directly from its substantial budget to foreign forces. This encroachment on the responsibilities of the State Department is worsened by the Pentagon’s new—and growing—authority to be the final arbiter of which states receive U.S. funding.

A recent report by the State Department’s International Security Advisory Board identified 16 security assistance programs now funded by the Pentagon. One of these programs, known as “Section 1206” after the provision of law that authorized it, allows the Pentagon to use its money to build the capacity of foreign military forces. In 2012, the Pentagon gave more than $210 million in equipment or training under Section 1206 to 21 countries, including Bangladesh, Georgia, the Philippines, Tunisia, Uganda, and Yemen.

At the same time, the State Department’s base budget, which excludes temporary war spending, is moving toward giving more assistance to armed forces and less to teachers, medical workers, and NGO employees. State’s current budget includes a $442-million increase in the base funding level for Foreign Military Financing (FMF), making it the second largest State Department funded aid program. FMF is now twice the size of development assistance and dwarfs the size of the international disaster assistance or refugee aid programs.

Although security assistance to police and military forces will, and should, remain part of U.S. foreign assistance spending, it does not receive the same level of scrutiny that Congress gives the more traditional foreign aid programs.

Congress requires USAID and the State Department to prove that development dollars are effective, but it has not held the Pentagon to a similar standard. It’s not just the pro-military members of the House and Senate Armed Services Committees preventing this. Even the Obama administration opposed a bill last year requiring basic accounting, monitoring, and evaluation procedures for all foreign aid, including security assistance.

As Congress appears unable or unwilling to keep track of security assistance spending, Security Assistance Monitor is doing the difficult work of collecting data and publicizing it online so that the public—and policymakers—can see it.

Former Secretary of Defense Robert Gates noted that in places like Afghanistan and Iraq, “military success is not sufficient to win.” Development, institution-building, and good governance are essential for long-term success. Security assistance is an important aspect of global engagement. But it shouldn’t be the primary way that the United States interacts with the world.

James Kennedy is a program assistant at the Open Society Foundations and a contributor to Foreign Policy In Focus. He graduated from Tufts University in 2010 with degrees in political science and Middle East studies.