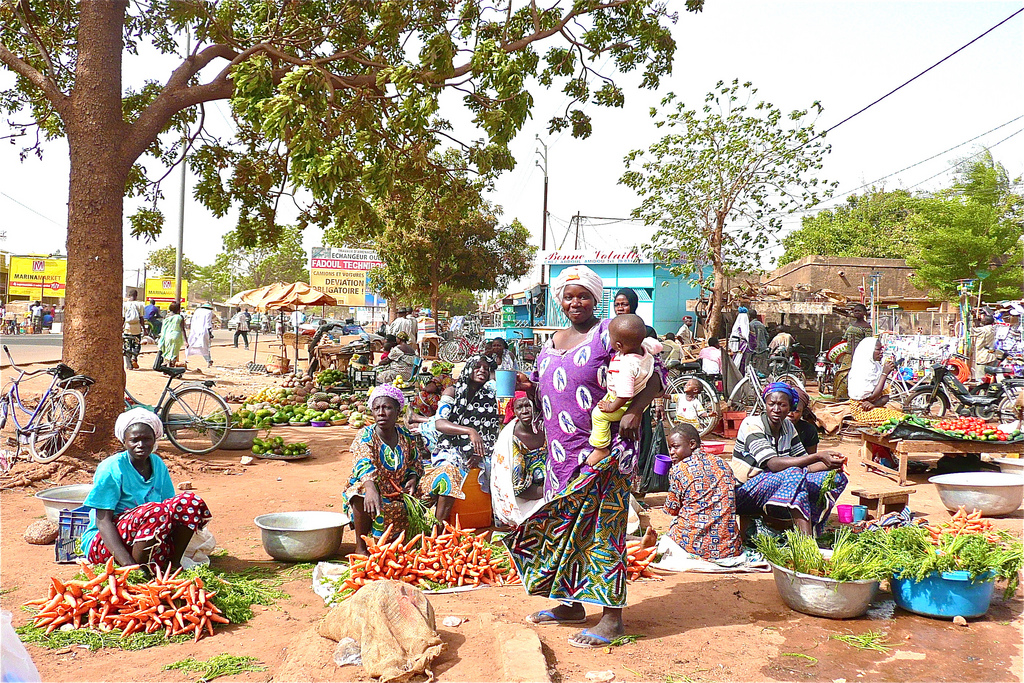 The U.S. Just Lost a Client State in West Africa. What Happens Now?

Compaore’s abrupt expulsion—which ended his 27-year rule—was a significant achievement for the hundreds of thousands of Burkinabes who took to the streets to demand his ouster and a democratic transition.

However, a dark cloud hovers over the demonstrators’ democratic aspirations, as many fear that Compaore’s loyalists in the military—who seized power in the midst of the ongoing unrest—will refuse to relinquish control to a democratically elected civilian government.

In the wake of further demonstrations, the military has promised to turn over power quickly—but rebuffed a two-week deadline imposed by the African Union under threat of sanctions.

What happens next will determine whether Compaore’s fall will mark the beginning of a democratic transition or merely the latest episode in a tradition of military coup d’états that have shaped Bukina Faso’s political landscape since its independence in 1960.

It will also be a test for the West, which long relied on Compaore’s semi-authoritarian government for investment opportunities and security cooperation. With a U.S.-trained military officer now running the country, it remains to be seen whether Washington will evince much interest in pressing the military to step down.

Though Compaore’s sudden fall was a surprise even to many of the demonstrators who pressured the West African leader to relinquish power, the country’s political opposition has been mobilized for months.

Last January, peaceful opposition groups staged massive demonstrations in Ouagadougou and other cities to protest Compaore’s efforts to muscle through constitutional changes that would have enabled him to run for another term in office. The mobilization was so impressive that some international commentators thought a “West African Spring” was developing in Burkina Faso.

On October 30, Burkina Faso’s parliamentarians were expected to vote on a plan to amend the constitution to let Compaore stand for re-election in 2015. This triggered an outpouring of popular anger that led to hundreds of people setting ablaze cars, storming the National Assembly, overpowering security forces, attacking the national television headquarters, and torching the parliament. Protestors also set fire to the ruling party’s headquarters in Bobo-Dioulasso, Burkina Faso’s second largest city. Consequently, the vote on the constitutional change was called off and the parliament was dissolved.

A previous bout of unrest in 2011 began within the army and spread among the populace and opposition parties. However, that round of protests fizzled out after Compaore reshuffled the government.

This time around, the one who got shuffled out was Compaore himself.

Burkina Faso’s constitution calls for the president of the senate to take power after the president resigns until elections are held within 60-90 days. However, in the midst of the unrest, General Honore Traore—the chief of staff of the armed forces—bucked this requirement and usurped power himself.

Shortly thereafter, Lieutenant Colonel Isaac Zida declared himself leader and sidelined Traore with the backing of the Burkinabe military, which reportedly never recognized Traore as head of state. This resulted in Burkina Faso having three heads of state within two days, following 27 years of rule by just one man.

At this juncture it is not entirely clear who actually leads Burkina Faso, and Traore’s whereabouts are unknown. Some regional experts warn that Traore’s loyalists may wage a revolt against the Zida-led government, which could open up the country to a prolonged power struggle within the armed forces and undermine the prospects for stability and democratization.

Meanwhile, the protestors who pressured Compaore to step down remain in the streets, demanding that the military return to the barracks. Many protesters have called for Saran Sérémé, the leader of an opposition group called the Party for Democracy and Change, to become the next president. The military has cracked down on these protestors, violently dispersing rallies outside of the national TV station’s headquarters, resulting in the death of one demonstrator.

The international community has joined the opposition in calling for a transfer of power to a democratically elected civilian government, with the United Nations, the Economic Community of West African States (ECOWAS), and the African Union (AU)—which sent a team to assist Burkinabe authorities in maintaining stability in the country—issuing statements in support of new elections.

The U.S. Department of State has called “on the military to immediately transfer power to civilian authorities” and urged “civilian leadership to be guided by the spirit of the constitution of Burkina Faso and to move immediately towards free and fair presidential elections.”

Zida has claimed that the military usurped power to prevent Burkina Faso from sliding into “anarchy,” disavowing any desire to rule. “I salute the memory of the martyrs of this uprising and bow to the sacrifices made by our people,” Zida declared.

On November 5, the presidents of Ghana, Nigeria, and Senegal mediated talks in Ouagadougou among Burkina Faso’s military, politicians, and civil society groups. The parties agreed that the transitional government should hold power for one year prior to elections in November 2015, but did not reach an agreement on who should lead the country during that period.

Burkina Faso and the West

After seizing power in a coup in 1987, Compaore aligned Burkina Faso with Western superpowers, opening the country to both French military bases and a U.S. spying network. More recently, Compaore’s government has made itself a willing partner in Washington’s putative counter-terrorism operations against Islamist militias in Africa’s Maghreb and Sahel regions. Zida himself received training from the U.S. military.

Yet exploitation of the country’s resource wealth has not done much for ordinary Burkinabes, nearly half of whom still live below the official poverty line. With high rates of infant mortality and low rates of literacy, Burkina Faso ranks near the bottom of the UN’s Human Development Index. The development that failed to materialize despite growth in the country’s extractive industry was a key driver in the protests that precipitated Compaore’s departure from power.

The legacy of former Burkinabe president Thomas Sankara, who was killed in the coup that brought Compaore to power, remains a potent ideological force. A Marxist revolutionary, Sankara—a so-called “African Che Guevara”—aligned Burkina Faso against France and the United States and implemented aggressive land reforms, among other redistributive policies.

Many Burkinabes attribute the nation’s problems to Compaore’s embrace of neoliberalism and his reversal of Sankara’s reforms. Sankara’s brand of anti-imperialism remains an ideal for many West Africans who envision a future in which the region becomes more economically and politically independent of the West.

These currents could create a conundrum for Washington and its allies. A democratic government put in power by a population angry over the inequality engendered by Compaore’s economic policies might well threaten Western economic interests. And a new government might not cooperate as readily with Western military and intelligence agencies.

Yet Burkina Faso is not Egypt, where the military’s toppling of a divisive civilian government initially enjoyed a modicum of popular support. In the absence of a democratic transition, protests could continue indefinitely.

This leaves Compaore’s old Western allies with a dilemma: Will Paris and Washington endorse a democratic revolution that might produce policies they don’t like, or will the West risk trying to legitimize the seizure of power by a divided military lacking in public trust? The State Department’s support for “free and fair presidential elections” in the country might yet be tested.

Sam Badger has an MA in Philosophy from San Francisco State University and is a part time lecturer. Giorgio Cafiero is a Washington, D.C.-based foreign affairs analyst and a regular contributor to Foreign Policy In Focus.