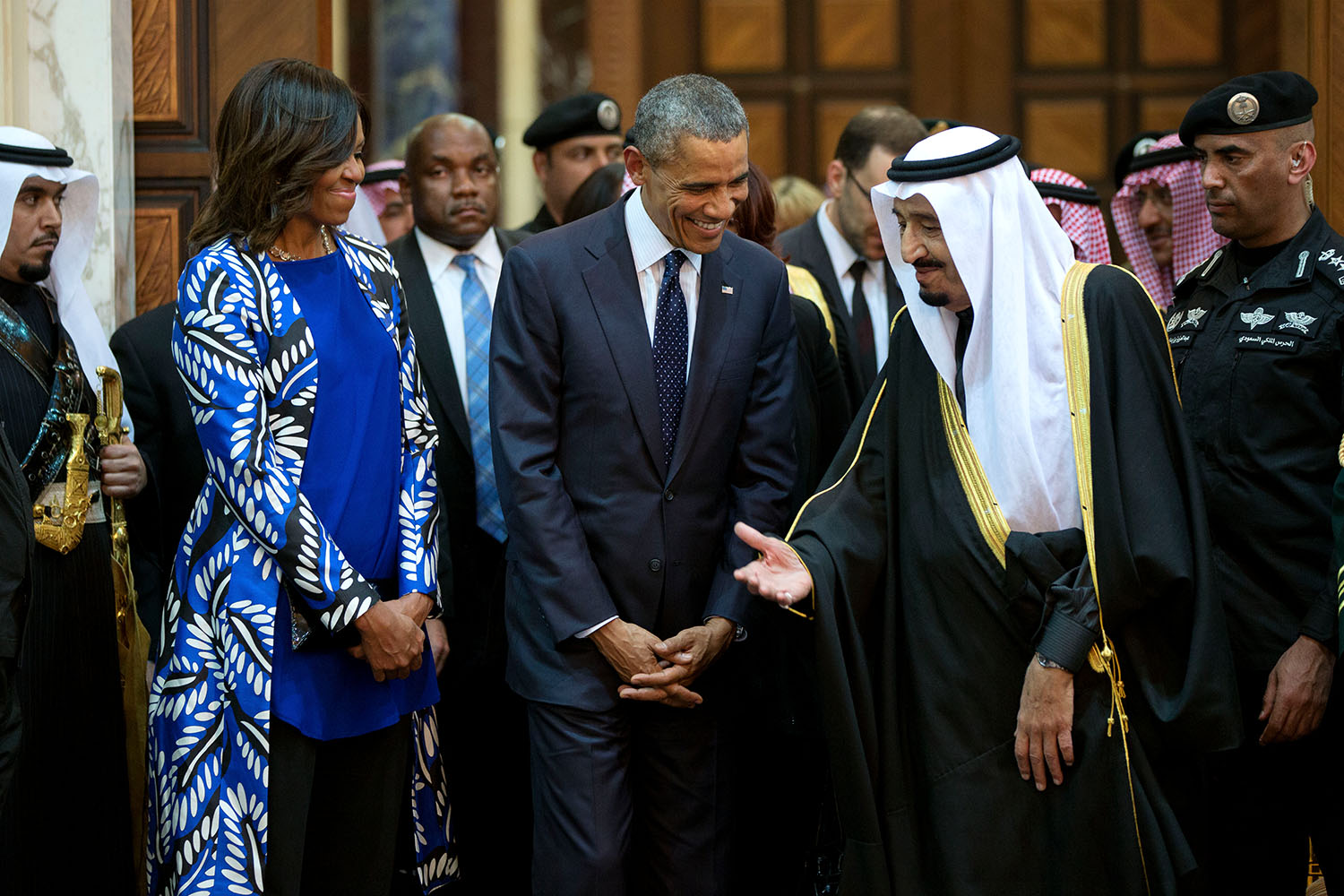 Pressure from human rights organizations to victims of the 9/11 attacks are helping erode the bond between these old political allies. But will the results of this election season squander our chance at change?
By Alli McCracken | October 6, 2016

Congress recently passed the Justice Against Sponsors of Terrorism Act (JASTA) allowing families of victims of the September 11, 2001 attacks to sue other governments, including Saudi Arabia, for possible damages.

Despite threats by the Saudi government to sell billions of dollars’ worthof their assets and reexamine the bilateral relationship with the U.S., Congress snubbed the monarchy and passed the bill, then overturned a presidential veto to it almost unanimously.

This is just one of the most overt pieces of evidence that the historically cozy U.S.-Saudi relationship is on the decline.

A couple years ago, few questioned the decades-old political alliance between the U.S. and Saudi Arabia. But, amidst a heated election season in the U.S., the bloody Saudi-waged war on Yemen has led to a wave of protest by Capitol Hill lawmakers and human rights organizations who want to reexamine this relationship.

During the Obama administration, a whopping 42 weapons deals have been brokered between the U.S. and the Saudi government, worth over $110 billion. However, the latest deal, amounting to $1.15 billion, was met with unprecedented opposition over concerns of apparent Saudi war crimes in Yemen.

In a letter to the White House, 64 members of the House of Representatives asked President Obama to withdraw the weapons deal, and 27 Senators voted in favor of a resolution opposing the deal.

Humanitarian and human rights organizations like Oxfam, Amnesty International, and Human Rights Watch got involved in the opposition movement too, pointing to the nearly 10,000 deaths and injuries caused by the Saudi war on Yemen using U.S.-made weapons.

This is a welcome and overdue change for many who believe that Saudi Arabia’s war crimes in Yemen shouldn’t go unpunished, but it’s also an important moment to rethink the entirety of the U.S. alliance with Saudi Arabia and the U.S.’ role in the Middle East.

The tension between the U.S. and the Saudi monarchy isn’t just manifesting in the legislative branch of the government — the executive branch has also sent clear signals that the tides are turning.

In 2015, President Obama, along with Secretary of State John Kerry, orchestrated one of the most successful diplomatic wins of the administration: the Iran nuclear deal. The Saudi monarchy, nervous about the geopolitical and sectarian trends in the Middle East apparently aligning against them, felt threatened by the deal and lobbied in Washington against it.

This didn’t stop the White House and State Department from pushing the deal through, much to the chagrin of the Saudi royal family.

While this eroding relationship is a much welcomed change after years of watching the U.S. government turn a blind eye to human rights abuses committed by Saudi Arabia and other regional allies, the path forward isn’t clear.

Hillary Clinton and Donald Trump both have problematic visions for the United States’ future relationship with the regime.

Trump, a notorious Islamophobe who called for an open ban on Muslims coming to the United States (and who’s blamed Saudi Arabia for 9/11), hasn’t proposed a clear vision in terms of the future relationship between the two countries.

On the other hand, a Clinton administration will likely opt to continue the business-as-usual blank check support to our traditional allies in the region, including Saudi Arabia.

So while it seems like we’re entering a new moment of opportunity to change U.S. policy regarding the regime, real change won’t come in the next few weeks and months.

It’ll take years of hard work to persuade the next administration how rethinking our role abroad is in the best interest of America, nations in the Middle East, and the innocent victims of violence between the two.

Alli McCracken is a national coordinator at the peace group CODEPINK.