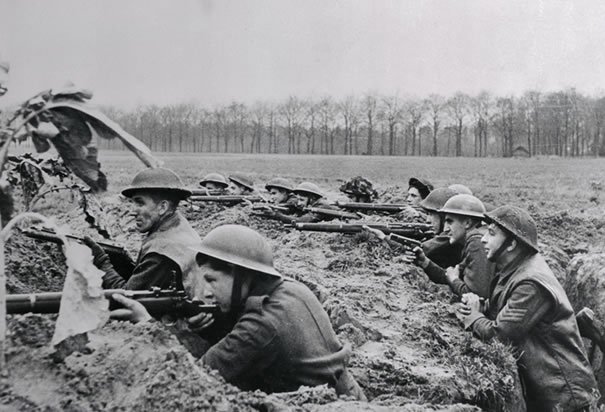 U.S. Too Casual About the Prospects of War With Russia Over Ukraine Crisis

U.S. saber-rattling over the Ukraine Crisis can lure Russia into war.
By Russ Wellen | April 24, 2015

Graham Allison, whose voice was heard often after 9/11 warning about nuclear terrorism, is the director of the Harvard Kennedy School’s Belfer Center for Science and International Affairs. Dimitri K. Simes is the publisher of the National Interest. Hardly progressive, they can be characterized as centrists. Hence, when they sound the alarm that U.S. policymakers may be steering us into war with Russia over the Ukraine Crisis, you know it’s not the reflexive accusations directed at the U.S. government that we progressives indulge in when the subject is U.S. foreign policy.

In an April 20 article in the National Interest titled Russia and America: Stumbling to War, they write:

While most policy makers and commentators dismiss the possibility of a U.S.-Russian war, we are more concerned about the drift of events than at any point since the end of the Cold War. We say this having followed Soviet and Russian affairs throughout the Cold War and in the years since the Soviet Union’s implosion in 1991. And we say it after one of us recently spent a week in Moscow talking candidly with individuals in and around the Putin government, including with many influential Russian officials, and the other in China listening to views from Beijing.

More specifically, they ask: “Could a U.S. response to Russia’s actions in Ukraine provoke a confrontation that leads to a U.S.-Russia war?” Answering their own question…

Such a possibility seems almost inconceivable. But when judging something to be “inconceivable,” we should always remind ourselves that this is a statement not about what is possible in the world, but about what we can imagine. As Iraq, Libya and Syria demonstrate, political leaders often have difficulties envisioning events they find uncomfortable, disturbing or inconvenient.

Prevailing views of the current confrontation with Russia over Ukraine fit this pattern. … No one in the capital enjoys attempting to humiliate Putin more than President Barack Obama, who repeatedly includes Russia in his list of current scourges alongside the Islamic State and Ebola. And there can be no question that as a petrostate, Russia is vulnerable economically and has very few, if any, genuine allies. Moreover, many among its business and intellectual elites are as enthusiastic as the Washington Post editorial page to see Putin leave office.

Pointing out the obvious, Allison and Simes state:

… Russia is very different from the other countries where the United States has supported regime change. First and most important, it has a nuclear arsenal capable of literally erasing the United States from the map. While many Americans have persuaded themselves that nuclear weapons are no longer relevant in international politics, officials and generals in Moscow feel differently. Second, regardless of how Americans view their country, Russians see it as a great power. Great powers are rarely content to serve simply as objects of other states’ policies. Where they have the power to do so, they take their destiny into their own hands, for good or ill.

Reluctant to give away more of this prescient article, I urge Focal Points readers to seek it out. As those commemorating the World War I centenary never tire of pointing out, events can spiral out of control all too quickly.