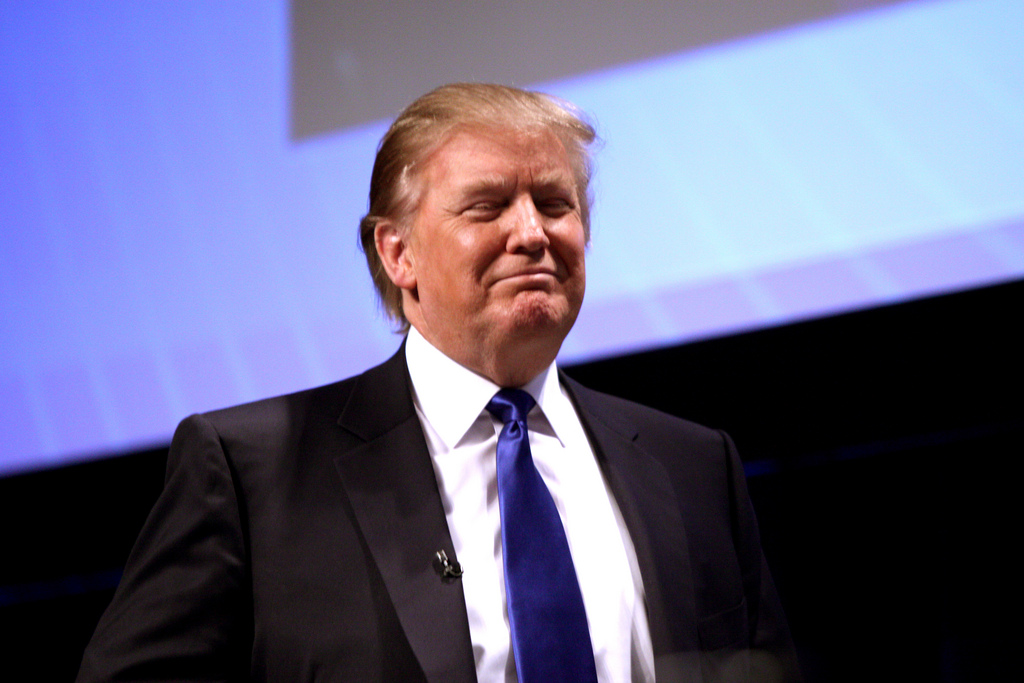 How the CIA, bad trade deals, and wanton military intervention caused the social crises that gave us the Donald. (Really.)
By Walden Bello | January 6, 2016

When the late Chalmers Johnson introduced the word “blowback” to describe the adverse consequences of Washington’s actions in the world, he wasn’t referring simply to the victims of U.S. imperial interventions striking back on American soil. More importantly, he saw the resulting destabilization of the American democratic process as the most dangerous blowback of all.

Seen in this light, Donald Trump’s “M&Ms campaign” — which relies heavily on broadsides against Mexicans and Muslims — is unquestionably a disturbing blowback from Washington’s policies abroad.

Trump launched his campaign with a plan to build a wall along the nearly 2,000-mile U.S.-Mexico border while summarily deporting undocumented migrants and their families. After the San Bernardino shootings on December 2, in which a Muslim couple killed 14 people, Trump has pushed for the U.S. to stop accepting Muslim migrants and visitors to the United States.

These two proposals run directly against the U.S. self-image as a country of migrants, threatening to unleash a tide of hatred against Mexican-Americans and Muslims, and putting them on notice that their rights are fragile. Yet Trump’s calls have resonated with large sectors of the Republican base, with extremist rhetoric now a staple not only of Trump’s campaign but of his rivals’ as well.

The Blowback from Iraq

The U.S. invasion of Iraq blew the lid off Iraqi society, which had been a pressure cooker of sectarian rivalries contained by the regime of Saddam Hussein. As a Shia-dominated regime took over in Baghdad, an extremist Sunni movement — al-Qaeda in Iraq, headed by Abu Musab al-Zarqawi — rose to fight the government and its American sponsors.

Zarqawi found many receptive recruits among the hundreds of thousands of Sunni soldiers in Saddam’s army, which had been disbanded by the Americans shortly after their takeover. Adherents were also nurtured in U.S. prison camps, among them future ISIS leader Abu Bakr al-Baghdadi. After Zarqawi was killed by a U.S. airstrike, Baghdadi emerged as the leader of the group, which broke from al-Qaeda during the Syrian civil war and began calling itself the Islamic State of Iraq and Syria, or ISIS — later shortened to just the Islamic State.

At first, ISIS was seen by western intelligence as focused mainly on establishing a caliphate in the Middle East, for which it undertook a sophisticated international recruitment campaign online. Then concern developed that ISIS was not simply recruiting young people from Europe and the U.S. to fight in Iraq or Syria, but training them to be sent back to perform terrorist acts in their home countries.

The Paris massacre in mid-November, which saw a handful of shooters and bombers kill some 130 people in a sophisticated coordinated operation, was seen as the ultimate blowback. That is, until the San Bernardino shooting two weeks later, which U.S. authorities saw as the scariest blowback of all: shooters carrying out uncoordinated individual actions inspired by ISIS propaganda disseminated online.

The Mexican Blowback 1: The CIA Connection

The blowback process from Mexico is less well known but equally well documented. One trigger, as in Iraq, was political intervention.

The Mexican drug syndicates were relatively small-time affairs until the 1980s. It was the Central Intelligence Agency that made them big-time during

the Reagan administration’s efforts to overthrow the Sandinista government in Nicaragua, where it engaged in unconventional fundraising operations to evade congressional scrutiny.

One was the so-called Iran-Contra deal, where top Reagan administration officials facilitated the sale of weapons to Iran — then the object of a U.S. arms embargo — and then diverted part of the proceeds to fund the anti-Sandinista guerrillas known as the Contras.

Another method was to use Mexican drug syndicates.

In her brave expose on the rise of Mexican drug cartels, Narcoland: The Mexican Drug Lords and Their Godfathers, the celebrated Mexican investigative journalist Anabel Hernandez writes that when the U.S. Congress prohibited the use of government money to fund the overthrow of the Sandinistas, the CIA made a deal with the cartels to allow large-scale cocaine sales into the United States, but on condition that part of the proceeds would be diverted to support the Contras.

Indeed, the CIA’s complicity in fostering the rise of the Mexican cartels, which eventually displaced the Colombian cartels as the main transporters of cocaine to the United States, has also been documented by a number of U.S. journalists. Among the key beneficiaries of the CIA connection was the Sinaloa Cartel, which eventually produced the lord of drug lords: “El Chapo” Guzman.

The other source of the Mexican blowback was economic.

Following the Third World debt crisis in the early 1980s, the United States — via the International Monetary Fund and World Bank — began an ambitious effort to restructure the Mexican economy along free-market lines. The cutting back of government support for many agricultural services, along with a program of privatization designed to reverse communal ownership of land institutionalized by the Mexican Revolution, resulted in widespread suffering in the countryside, with many peasants thrown off their lands.

But even more devastating was Mexico’s integration into the North American Free Trade Agreement, or NAFTA, which quickly became a program for dumping subsidized U.S. corn and other agricultural products into Mexico. According to a 2003 report of the Carnegie Endowment, imports of U.S. agricultural products under NAFTA threw 1.3 million farmers out of work.

For these peasants, the choice became either the shantytowns of Mexico City or “El Norte,” with vast numbers opting for the latter. By 2006, roughly 10 percent of Mexico’s population was living in the United States, 15 percent of its workforce was working there, and one in every seven Mexicans was migrating to the U.S. There was a strong element of truth in the sardonic comment that, owing to NAFTA’s savage impact on peasant agriculture, Mexico’s peasantry simply moved to the United States.

U.S. policies in Mexico and Central America thus had a dramatic dual blowback effect. On one side, the CIA godfathered a powerful cartel whose massive exports of cocaine devastated inner cities from Los Angeles to Washington, DC — and whose violence has now killed or displaced tens of thousands of Mexicans. On the other side, U.S.-sponsored structural adjustment and NAFTA ruined Mexican peasant agriculture, leading to the migration of millions to the north, where they’ve become scapegoats for U.S. economic troubles.

Study after study has refuted claims that migrants take jobs away from non-migrant workers, or that they don’t pay their taxes. Yet Mexican migrants are continually blamed by opportunistic politicians on the make, like Trump and his Republican colleagues.

It’s unfortunate that this opportunistic, demagogic game of playing on physical fear (“Muslim terrorists out to take your life”) and economic fear (“Mexican workers out to steal your jobs”) has resonated among so much of the country’s white population. Trump, whose anti-Muslim and anti-Mexican rhetoric is most brazen, leads his opponents in the Republican presidential race by a wide margin in the surveys.

Instead of aggressively challenging the Republican candidates’ inflamed rhetoric and pointing to U.S. political and economic programs as the cause of the blowback, most liberal leaders are on the defensive. Only Bernie Sanders, the Vermont independent, is pointing to the real roots of America’s foreign policy and domestic crises. In the race for the Democratic presidential nomination, his opponent, Hillary Clinton, continues to push for more military intervention in the Middle East and is reluctant to finger Wall Street as the source of the country’s economic troubles.

The country seems headed towards an even less liberal democratic order than now exists — one marked by more religious intolerance, more restrictions on civil liberties, and more immigration rules designed to keep out migrants. And that, as Chalmers Johnson so presciently warned, was really the ultimate blowback.

FPIF columnist Walden Bello is Adjunct Professor of Sociology at the State University of New York at Binghamton. An earlier version of this commentary was published by Telesur.