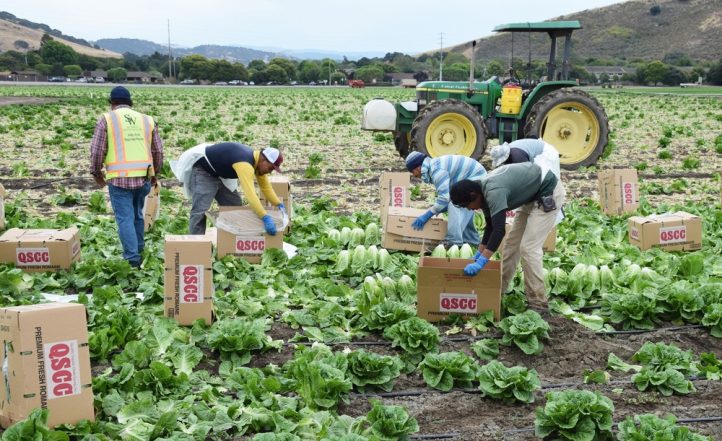 I was a child when I understood my immigrant family was wanted for labor — and for labor only.

Every day before dawn, I would hear my father pray on his knees. He would pray for our health, our safety, and — most importantly — for nothing out of the ordinary to happen that would threaten my parents’ jobs.

As you can imagine, our lives and economic stability depended on those jobs. If anything happened that would prevent my parents from working, it would be devastating to our family.

Our story is not unique — it is the same story 11 million undocumented people live every single day in the United States. However, something extremely “out of the ordinary” is now leaving many of these families without their livelihood: the COVID-19 pandemic.

COVID-19 has devoured the country’s health care system and led to what’s been called the “deepest global recession in history.” As an attempt to provide some relief to struggling Americans and businesses, Congress recently passed a $2 trillion stimulus and bailout package.

But the deal they negotiated gave a cold shoulder to the backbone of our economy: 11 million people and their families currently living in desperation. The stimulus bill, in short, simply left out undocumented people.

In 2018, a typical year, undocumented immigrants contributed around $20 billion in federal taxes, plus nearly $12 billion in state and local taxes. But because people need a valid Social Security Number to benefit from federal financial assistance, they’re getting completely left out of the stimulus their own tax dollars paid for.

Undocumented immigrants can forget about, for example, collecting the $1,200 stimulus checks promised to every U.S. household. Even worse, as more undocumented construction, housekeeping, and service workers find themselves unemployed, they won’t be able to file for unemployment benefits, which were expanded and extended under the stimulus.

Take farm workers. Right now, most of the food Americans eat is farmed, cooked, processed, and/or packaged by undocumented workers. In fact, an estimated 70 percent of the essential workforce in farms is undocumented.

Should they go to work, risking their health as well as the health of people who eat the food they farm? Or should they stay home and watch their own families go hungry? With no health insurance or unemployment benefits, that’s the choice they’re stuck with. Yet Congress seems not to care.

All this takes a toll.

I used to work at a community health clinic where I directly assisted many undocumented patients. After seeing sick people day after day for three years, I learned a horrendous lesson: The root cause of their illnesses was often connected to stress. Their bodies were simply deteriorating from labor exploitation.

I’d end each day furious. These people paid their taxes and spent their lives working jobs no one else wanted, but there was little to no help for them. I remembered hearing my dad’s prayers each morning, crushed by the reminder our bodies were just being used for cheap labor.

Congress must finally come to its senses — and morals. Immigration status, and the nine-digit number that confirms it, shouldn’t be used to determine who’s worthy of aid in a pandemic that can infect or impoverish anyone. To protect everyone, we need to bail out the most vulnerable first.

Wherever they go, immigrant workers perform essential labor. Beyond that, we are humans — and, in a pandemic, that should be enough to deserve help.

Josue De Luna Navarro is the New Mexico Fellow at the Institute for Policy Studies.