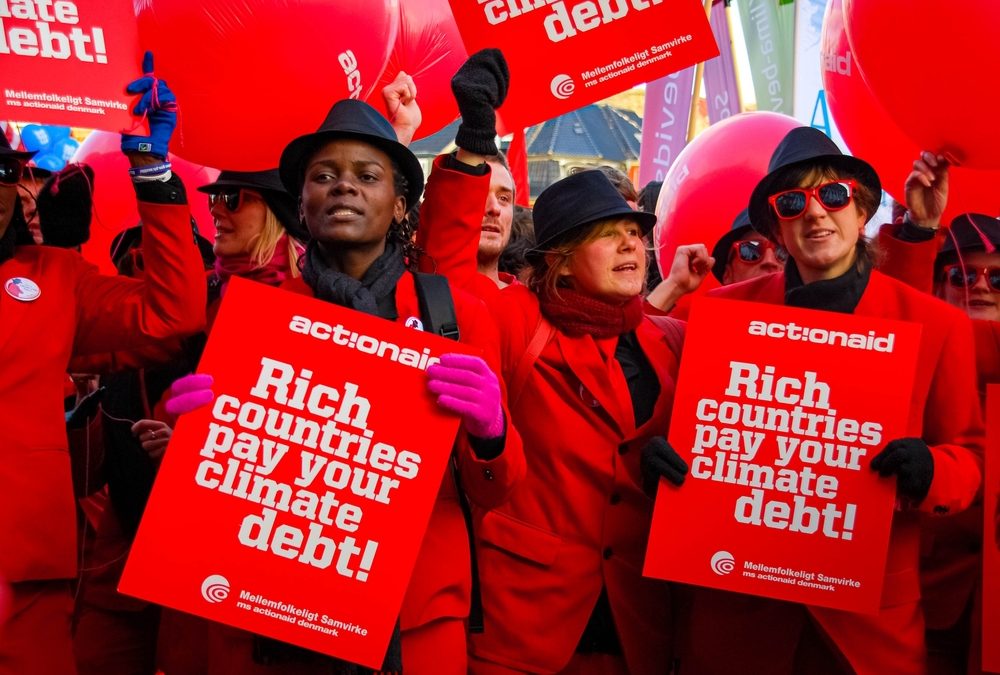 Only compassion and cooperation will lead us out of the dead end of fossil fuels and overconsumption.
By John Feffer | October 4, 2022

There’s nothing like a climate crisis to make everyone realize that they are living on the same planet. Wars, even international conflicts, are generally confined to one region. Economic downturns are sometimes so confined within national borders that they don’t even affect neighbors: consider North Korea’s “arduous march” of the 1990s and its lack of impact on South Korea’s economy.

It used to be that climate-related disasters followed the same rule, and people who lived in safe, temperate zones would look with a mixture of pity and compassion at those who were suffering through distant storms. Now, even though the impacts are different, almost everyone is seeing the consequences of this climate crisis.

Even though it is not yet over, 2022 has been a record year of climate-related suffering.

In the United States, Hurricane Ian has caused some of the strongest storm surges in the history of Florida with the water rising as much as two feet along the state’s western coast. It comes on the heels of Hurricane Fiona, which devastated the Caribbean and Canada.

In Asia, Typhoon Hinnamnor caused extensive flooding in South Korea, Typhoon Nanmadol prompted the evacuation of 9 million people in Japan, and Typhoon Noru has brought devastation to Vietnam and the Philippines. Unprecedented monsoon rains late this summer put one-third of Pakistan under water.

Europe experienced a record year for wildfires, with the destruction of 660,000 hectares of land. In July alone, a blistering heatwave led to 53,000 excess deaths.

Drought has brought high levels of malnutrition to East Africa while elsewhere on the continent severe flooding has affected South Sudan, Nigeria, Republic of Congo, DRC, and Burundi.

In Latin America, glaciers are melting in the Andes, Chile is enduring a 13-year mega-drought, and deforestation of the Amazon has happened at a record pace in the first six months of 2022.

Meanwhile, the smaller islands of the Indian and Pacific Oceans are getting smaller every day.

“Highly vulnerable” means different things in different places. Some people are inundated by water while others can’t get enough of it. Wildfires are destroying houses and lives in one part of the world, while hurricanes are having the same effect in another part. However different these natural disasters might be, they are made many times worse by a single factor: the increasing amount of carbon in the atmosphere.

Responses to those disasters have also been varied. Richer countries are able to deal with catastrophes more rapidly and effectively than poorer countries. Money can’t stop hurricanes or typhoons, but it can certainly help protect more people from these disasters and clean up from the damage more quickly.

Despite these differences, climate change is uniting us in planet-wide suffering. It should have the same kind of uniting effect that COVID-19 had in mobilizing resources, scientific research, and humanitarian efforts to treat the pandemic and find a cure.

But that’s not what has happened with the climate crisis.

Sure, countries came together in Paris in 2015 to make pledges to cut their carbon emissions. Most countries subsequently agreed to achieve “carbon neutrality” by 2050. This superficial consensus masks some profoundly different approaches. The most important difference is between the richer countries of the Global North and the poorer ones of the Global South.

In 2009, the rich countries pledged to transfer $100 billion a year to the developing world to help it transition to a clean energy future. The richer countries promised to reach that goal by 2020. They didn’t. At best, they reached $80 billion in 2019. And that number has been inflated with the inclusion of non-climate-related development assistance as well as market-rate loans, which only add to the overall debt burden of the poorer countries.

Even this $100 billion figure, moreover, is wildly inadequate to the task. The G7, for instance, recognizes that the bill for clean-energy infrastructure for the developing world will come to at least $1 trillion a year.

Meanwhile, the richer countries are either investing billions and billions into their own clean energy transition—the United States, the European Union, China—or they aren’t doing anything at all, like Russia. What isn’t happening is a concerted effort to all work together to address the climate emergency.

Perhaps you are thinking: okay, but where is all this money supposed to come from? Trillions of dollars is a lot of money. And didn’t we just spend a lot of money to deal with COVID?

Climate justice activist Tom Athanasiou points to a number of sources of money. First, government subsidies to support fossil fuel extraction and production as well as other environmentally destructive activities total at least $1.8 trillion a year. Military spending has gone above $2 trillion a year. Taxing the world’s rich could raise over $2.5 trillion a year. And, of course, the poorest countries are paying a lot of interest on their existing foreign debt of over $11 trillion.

There are many reasons why the Global North should transfer this money to the Global South so that it can leapfrog over today’s polluting technologies. First of all, the climate crisis is happening because of the carbon emissions of the richest countries, which are responsible for roughly half of all emissions since 1850 and a quarter of all emissions since 1990. The countries suffering the most from climate-related disasters, like Pakistan and Ethiopia, contributed only a miniscule amount to the problem.

Second, the Global North’s carbon neutrality pledges, however ambitious, depend on outsourcing carbon-intensive industry and agriculture to the developing world. This is a large loophole in the Green New Deals of the richest countries. Paying climate reparations to the South helps to close that loopholes.

The climate crisis is the greatest collective challenge that humanity has faced since it started walking on two legs. The only viable response to this challenge is an equitable one that requires the richest countries to join hands with the poorest. The planet is testing us. Intelligence and the application of technology are a necessary but insufficient answer to this test. Only compassion and cooperation will lead us out of the dead end of fossil fuels and overconsumption.

John Feffer is the director of Foreign Policy In Focus. This article is part of the new Global Just Transition project.