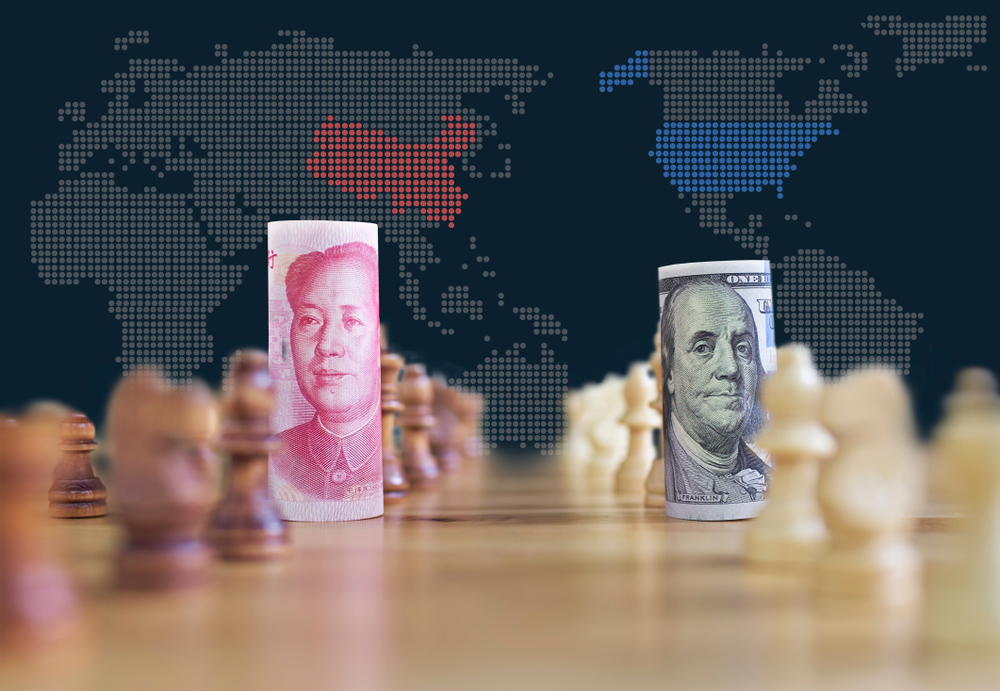 US-China Trade War: Stepping Away from the Brink

Trump's trade war with China could quickly morph into a shooting war.
By Emanuel Pastreich | June 14, 2019

President Donald Trump has announced that he will decide whether or not to add another $300 billion in tariffs on imports from China, in addition to the $200 billion he has already imposed, and that he will do so in the two weeks following the G20 summit in Osaka. Trump’s “Art of the Deal” pressure tactics are familiar. He wants to try to make China give even greater concessions, perhaps following a frosty meeting between the two leaders on the sidelines of the G20, or perhaps no meeting at all.

China, however, is in no mood to make concessions.

Behind Trump’s impulsiveness can be glimpsed a profound shift in U.S. trade policy, and in US diplomacy, which has transformed the nature of international relations, with particularly disturbing implications in the case of U.S.-China ties.

Donald Trump, acting on the advice of U.S. trade representative Robert Lighthizer and Secretary of the Treasury Steven Mnuchin, is making demands of China—or for that matter Mexico, Germany, or France—in a unilateral manner. He has attempted to immediately implement tariffs and other forms of punishment (such as bans for reasons of national security in the case of Huawei phones) without any institutional consultative process.

The U.S. constitution has a “commerce clause” that clearly assigns to Congress the power “to regulate commerce with foreign Nations, and among the several states, and with the Indian Tribes.” Since 2002, the trade promotion authority (an upgraded version of the fast-track authority established in 1974) gives the president the right to negotiate trade agreements that Congress can vote for or against, but cannot amend.

Over the last 20 years, fast-tracking has become the center of trade policy to a degree that undermines the balance of powers and the constitution.

Although the executive’s usurpation of trade authority has a long history, only now is the president making such a transparent move to exclude the legislature—not to mention economic experts, let alone citizens—from the formulation of trade policy. That means that a handful of people can make decisions that impact every aspect of the U.S. economy.

Newspapers rarely mention the role of Congress in trade negotiations with China. It’s almost as if the various congressional committees involved in formulating trade policy have no role in this process.

Equally striking is the absence from the policy debate of multilateral institutions that address trade issues according to common practices and international law. For instance, the World Trade Organization was established in 1993 with an explicit mandate to address trade and tariff issues. The WTO and its trade experts once played a central role in U.S. trade discussions—when U.S. policy ostensibly conformed to established global norms, and Washington even set new models for the world to follow.

Trump’s unilateral demands of China make it crystal clear that Trump, and Trump alone, is empowered to decide trade policy. What institutions and mechanisms remain to assure that the president’s authority in trade negotiations will not be abused and that trade is conducted with the long-term interests of the country in mind?

But it goes further than that. Now Trump is demanding “detailed and enforceable commitments” from China as a condition for a trade deal, suggesting that the United States alone determines whether or not China is conforming with the agreement. Such an approach makes sense in Washington these days. After all, the U.S. Commerce Department imposed an export ban on the Chinese telecommunications company ZTE last year because it did not pay fines for violating U.S. sanctions against sales to North Korea and Iran. In other words, the United States thinks it can unilaterally set sanctions and punish violators without any consultation with multilateral institutions.

This step goes beyond what the Chinese can tolerate.

“China is not a criminal. Nor is it making any mistakes. Why does the US want to supervise us?” remarked Professor Wang Yiwei of Renmin University of China in a recent interview, “If there’s a supervision team to oversee the implementation, just like what happened to ZTE, it is definitely directed at sovereignty and can’t be accepted.”

These “enforceable commitments” are offensive to China for a reason. This approach to trade seems little different from the sanctions regimes that the United States put in place against Iraq before its military invasion, or against Iran as part of an increasing military buildup that could end in a military conflict. Moreover, the increased U.S. military drills off the Chinese coast has given the trade negotiations process a negative spin.

The recent comments about the political protests in Hong Kong by secretary of state Mike Pompeo suggest that those tariffs could quickly become sanctions—which require even less adherence to international norms.

The combination of these actions threatens to erase all established norms between the two nations.

The United States is now considering ending agricultural exports to China, and China is considering cutting off the sales of rare earth elements to the United States. The latter are essential for the guidance systems and for sensors in missiles and advance fighter planes. A F-35 Fighter, for instance, requires 920 pounds of rare earth elements like neodymium iron boron magnets and samarium cobalt magnets, according to the Asia Times.

The risk of a rapid acceleration in tensions is no longer theoretical. Remember: the U.S. decision to end the sale of scrap metal and copper to Japan in 1940, followed by the oil embargo on August 1, 1941, transformed a trade war into a real war.

Trade should remain separate from security concerns. Moreover, it should not be the plaything of a small number of men in the White House. The United States and China need to open a broad dialogue on common concerns, from climate change and rapid technological evolution to the growing concentration of wealth globally. That dialogue should rely more on citizen-led dialogues and scholar-led conferences in order to move beyond the narrow negotiation process that has brought the two countries to the brink of war.