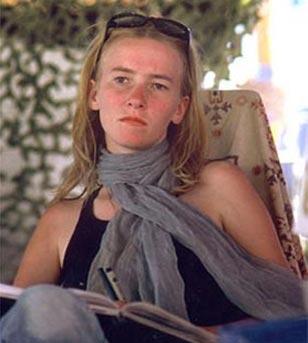 Unconditional U.S. support gave the Israelis the confidence that they could literally get away with murder, even if it involved a U.S. citizen.
By Stephen Zunes | August 30, 2012 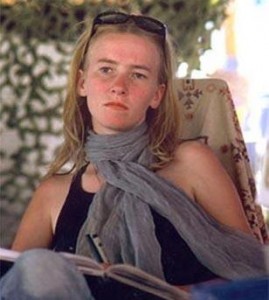 Amnesty International strongly condemned the decision, noting how “the verdict continues the pattern of impunity for Israeli military violations against civilians and human rights defenders in the Occupied Palestinian Territories (OPT). The verdict shields Israeli military personnel from accountability and ignores deep flaws in the Israeli military’s internal investigation of Corrie’s death.”

By contrast, a State Department spokeswoman said that the administration understood the Corrie family’s disappointment, but—despite direct questioning from reporters—declined to say whether they were also disappointed at the dubious vindication of a foreign soldier from responsibility for murdering an unarmed American civilian. This came despite the U.S. ambassador to Israel’s acknowledgment that the Israeli investigation was not “thorough, credible, and transparent.”

Getting Away with Murder

On March 16, 2003, in the Rafah refugee camp in the Israeli-occupied Gaza Strip, Israeli forces were planning to destroy the home of a Palestinian pharmacist and his family. Rachel was among a group of international observers who stood in front of the bulldozer as a form of nonviolent intervention against the home’s destruction. Initial claims by the Israeli government and some of its U.S. supporters that the home was being used to smuggle arms into the occupied Gaza Strip from the nearby Egyptian border were found to be false.

According to both Palestinian and American eyewitnesses, Rachel was standing in plain sight of the bulldozer’s driver. She was wearing a bright fluorescent orange jacket and had engaged the driver in conversation to try to convince him not to destroy the house. Nevertheless, after an initial pause, the bulldozer—a custom-designed, U.S.-supplied Caterpillar D9—surged forward despite cries from Rachel’s colleagues, trapping her feet under the dirt so she could not get out of the way before running her over. The bulldozer then backed up, running Rachel over a second time, mortally wounding her. She died in a nearby hospital a short time later.

The United States shares responsibility for Corrie’s death in a number of ways.

Rafah was supposed to be under the exclusive control of the Palestinian Authority, according to a series of disengagement agreements brokered by the U.S. government following the signing of the 1993 Oslo Accords. Though the United States was supposed to be the guarantor of the accords, and though UN Security Council Resolution 1435 had explicitly called upon Israel to withdraw to its September 2000 zones of control, the Bush administration blocked enforcement of the resolution and refused to insist that Israel end its re-occupation of Rafah and other parts of designated Palestinian territory. Israel finally withdrew from the Gaza Strip on its own the following year, but it continues to raze thousands of homes in the occupied territories in violation of the Fourth Geneva Convention, which prohibits the destruction of civilian property unless required by military necessity.

Four months before Rachel’s murder, the United States vetoed a UN Security Council resolution criticizing Israel for the killing of three United Nations workers in two separate incidents in the occupied territories in December. Among these was British relief worker Iain Hook, who was assisting in the reconstruction of Palestinian homes destroyed during an Israeli military offensive the previous spring. This veto likely gave the Israelis the confidence that they could literally get away with murder, even if it involved a U.S. citizen.

A Question of Priorities

This follows a pattern of U.S. support for repressive allied governments, even when they murder U.S. citizens.

In a similar fashion, President Ronald Reagan increased support for the Nicaraguan terrorists known as the Contras not long after their April 1987 murder of Ben Linder, a young American engineer who was assisting a rural Nicaraguan village in a micro-dam project that would for the first time bring electricity to its residents.

In 2010, Israeli commandos murdered Furkan Dogan, a 19-year-old U.S. citizen living in Turkey, when they attacked a humanitarian aid flotilla in international waters. According to a UN investigation, based on eyewitness testimony and analysis by a forensic pathologist and ballistics expert, Dogan was initially shot while filming the assault and then murdered while lying face down with a bullet shot at close range in the back of the head. The United States was the only one of the 47 members of the UN Human Rights Council to vote against the adoption of the report, and a bipartisan majority of the House and Senate signed letters defending the Israeli action, which also killed eight other passengers and crew. The Obama administration never filed a complaint with the Israeli government, demonstrating its willingness to allow the armed forces of U.S. allies to murder American citizens on the high seas. And soon thereafter, the administration increased U.S. military aid to Israel over the objections of Amnesty International and other human rights groups.

In short, it appears that both Republicans and Democrats believe that the lives of Americans who work for peace and justice in conflict areas are secondary to ensuring the profits of American arms merchants and the pursuit of narrowly defined strategic objectives. Perhaps the best thing we can do in memory of Rachel Corrie, Furkan Dogan, and the others is to expose and challenge the politicians in this country who helped make their deaths, and those of the far greater number of other civilians who do not have the privilege of a U.S. passport, possible.

Stephen ZunesStephen Zunes, a Foreign Policy In Focus columnist and senior analyst, is a professor of Politics and chair of Middle Eastern Studies at the University of San Francisco. He is the author, along with Jacob Mundy, of Western Sahara: War, Nationalism, and Conflict Irresolution (Syracuse University Press, 2010).