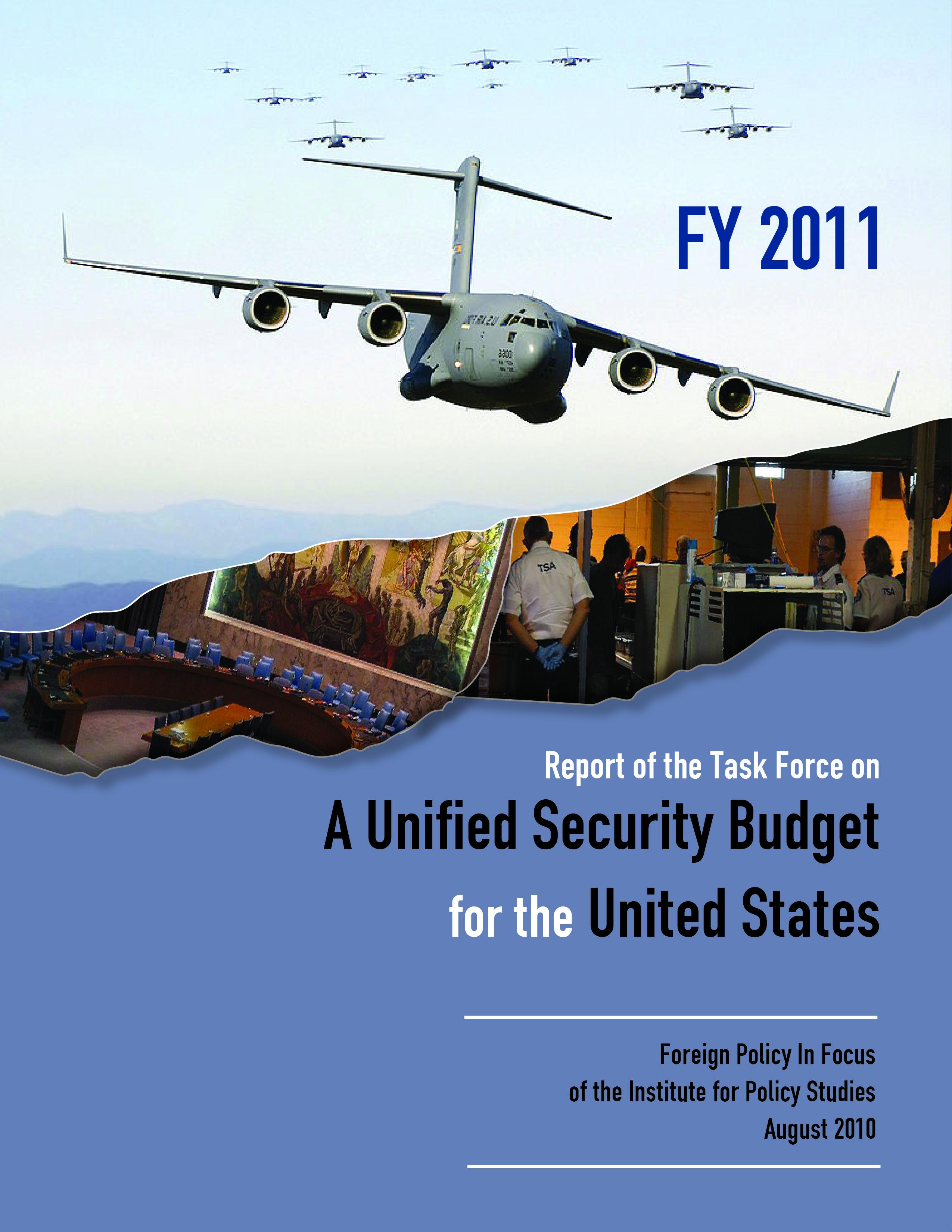 A Unified Security Budget for the United States, FY 2011 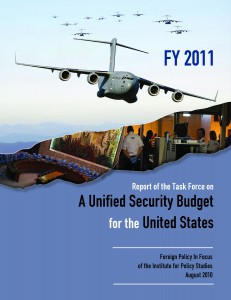 Somewhere on the list of 2010 milestones should be this: It was the year that unified security budgeting won the endorsement of the U.S. executive branch’s top leadership. Secretary of State Hillary Clinton first made this endorsement in May, during the Q&A following her speech supporting the new National Security Strategy. Joining her in the endorsement, she said, were Defense Secretary Robert Gates and Joint Chiefs of Staff Chair Adm. Mike Mullen, who both “wrote really strong letters to the House and Senate leadership and the appropriators and the budgeteers to make the case that we have to start looking at a national security budget.”

Clinton’s explanation for why this makes sense was fairly simple: With such a unified budget “you can see the tradeoffs.” Currently, the budgets for what the members of this Task Force call offense (our military forces), defense (homeland security) and prevention (non-military international engagement) are considered separately. This makes it hard to do integrated thinking about the security challenges we face and the best applications of our resources to address them.

Clinton also added this: “You cannot look at a Defense budget, a State Department budget, and a USAID budget without Defense overwhelming the combined efforts of the other two.”

To their great credit, Gates and Mullen have also been making this last point. “It has become clear that America’s civilian institutions of diplomacy and development have been chronically undermanned and underfunded for far too long, relative to what we spend on the military,” Gates said in 2008. In May of 2010, Mullen said, “It’s time to invest in other departments, such as homeland security, intelligence and the State Department, whose budget pales compared to massive Pentagon funding. My fear, quite frankly, is that we aren’t moving fast enough in this regard. U.S. foreign policy is still too dominated by the military, too dependent upon the generals and admirals who lead our major overseas commands and not enough on the State Department.“

What remains is for them to move from endorsement to execution: to start doing the unified security budgeting and security budget rebalancing that they all say they want to do. Since 2004, this Task Force has been reporting on the balance of our security budget. There is improvement to report this year. The Obama administration deserves credit for submitting a budget for FY 2011 that narrows the gap between military and non-military security spending from its FY 2010 request: from 8:1 in its budget request for FY 2010 to just under 7:1 in its request for FY 2011. Most of this improvement is due to substantial increases in its request for international affairs: $14.6 billion, or nearly 29 percent.

While the administration increased its request for the military by a larger total amount — over twice as much, or $35.9 billion — this represented a much smaller proportional increase, 6.6 percent, to a much larger budget. These changes narrowed the difference between the budgets for offense and prevention from 17:1 last year to 12:1 this year.

It is important to note, however, that the largest portions of the increase in the prevention budget — about 60 percent — have been directed to the war zones of Iraq and Afghanistan. This concentration of resources will continue to constrain funding for the broader mission of strengthening U.S. civilian capacity to carry out effective diplomacy and development around the world.

This report was created by the Unified Security Budget Task Force.