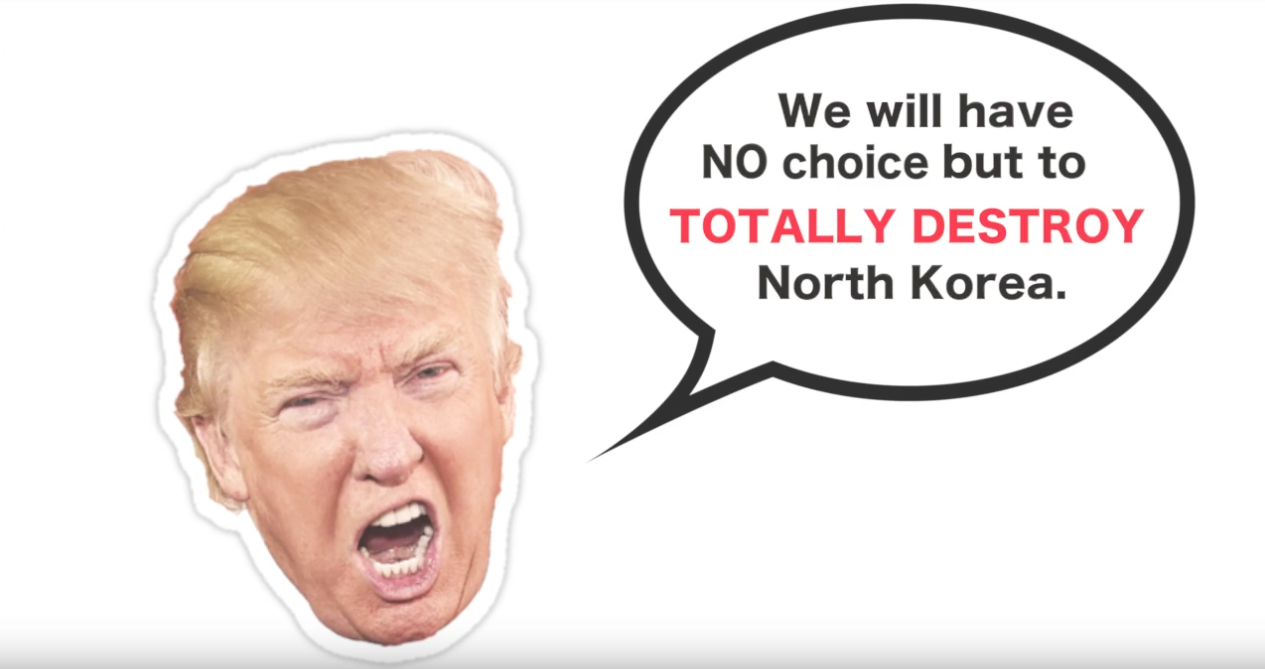 VIDEO: The Greatest Threat to Both Koreas? Donald Trump’s Mouth.

The president's over-the-top threats have made war seem like a real possibility. And war would be catastrophic.
By John Feffer | November 7, 2017

As John Feffer explains in this short video, the primary difference is that Trump’s threats have been far more alarming, raising concerns in South Korea and beyond that war is a real possibility, despite the fact that experts universally regard it as the worst possible option. These threats are especially dangerous on a peninsula where U.S. wartime actions left an indelible impression on both sides of the DMZ.

There remains, however, a diplomatic alternative, which the Obama administration never seriously pursued. Can Trump change course?