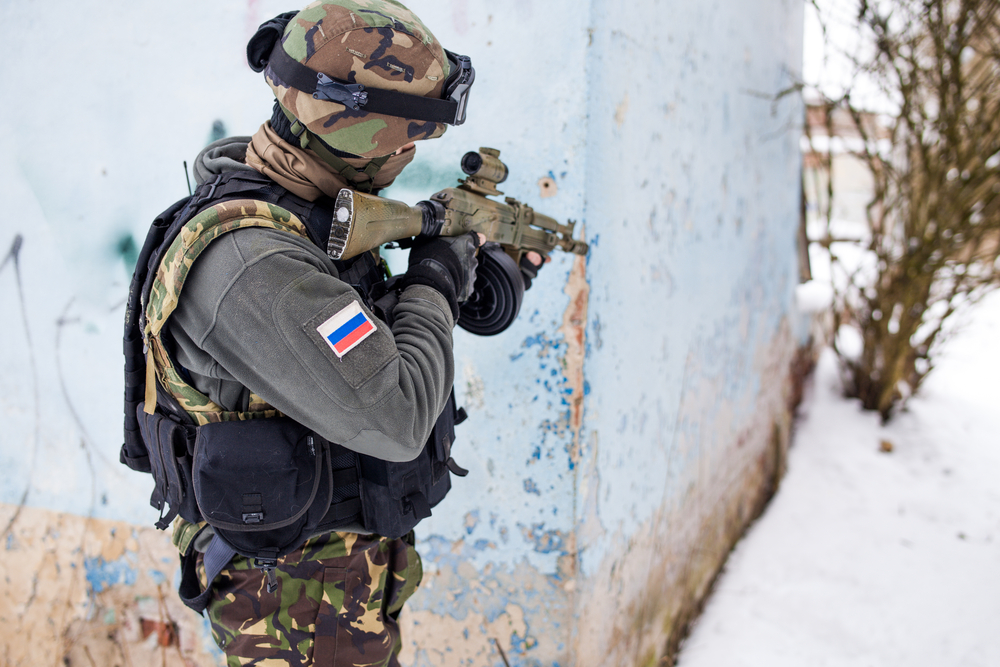 Why are we concerned about humiliating mass murderers?
By John Feffer | June 15, 2022

On one side are the dead: 10 people in a Buffalo grocery store. On the other side is the mass murderer who shot them.

Why is the media so focused on the survivors of the Buffalo shooting and the stories of the victims? Why haven’t journalists given the gunman an opportunity to tell his story? He had no friends. He felt rejected by his classmates at school.

Let’s hear from the gunman.

Of course, this is offensive. Jacinda Ardern, the prime minister of New Zealand, famously refused to utter the name of the Christchurch shooter so as not to aid his quest for notoriety. The focus, she rightly insisted, should be on the victims and on preventing future such tragedies from happening.

In a court of law, the adversarial system allows both sides to present their cases. There’s no reason, however, to follow that model outside the courtroom in the case of mass murder. The last thing we want is to hear from the gunman, especially one who espouses hateful racist views like the Buffalo shooter.

What Does This Have to Do with Foreign Policy?

When I was setting up an event on Ukraine last month featuring a Polish scholar and activist, someone replied on social media, “Shouldn’t you at least have two sources, one on one side and one for the other? I do hope there is some critical analysis and not just rah rah cheering for Ukraine.”

It’s just as offensive to give Vladimir Putin’s mouthpieces an opportunity to speak as it is to offer a soapbox to a mass shooter. It was bad enough dealing with apologists who dismissed evidence of Russian interference in the 2016 elections like flat-earthers in an age of space travel. Now, with lives on the line, it’s time to end this bothsidesism, this insistence on giving the “other side” equal time no matter how illegitimate their cause.

But wait, what about all the legitimate grievances that Russia has: the eastward expansion of NATO, the repeated Western overtures to countries along Russia’s borders, Western participation in the economic hollowing out of Russia in the 1990s?

Those are indeed legitimate grievances. But so was the isolation and who knows what other challenges that the Buffalo gunman experienced as a child.

These factors help to explain actions. But they do not do anything to mitigate culpability.

Russia is the aggressor in this war. Having indiscriminately targeted civilians, on the ground and in the air, it is responsible for multiple war crimes. It should be punished: now with economic sanctions and later with international law. Mass murderers forfeit their right to justify their acts in the court of public opinion.

This question of scale boils down to the fact that Russia, a superpower, continues to have the ability to inflict enormous suffering on people, places, and the planet. The Buffalo shooter, on the other hand, is now powerless, waiting in jail for a trial.

No one makes the absurd argument that we should, after the murders have already taken place, avoid humiliating the Buffalo shooter. No one is urging negotiations with this Racist sociopath. The crime has been committed. Punishment awaits.

But Vladimir Putin, despite all of his crimes, remains a powerful leader. Even with the economic sanctions, Russia continues to export its fossil fuels: nearly $100 billion in sales in the first 100 days of the war.

The Russian leader is different from the Buffalo gunman in this important sense: he is still a threat. To draw the parallel further, it’s as if a heavily armed Putin were still inside the Buffalo grocery store holding all of those shoppers hostage.

Let’s look at some international reactions to Putin that minimize his crimes.

This kind of approach might have been effective prior to the outbreak of the war. Just as you don’t want to shame or humiliate a young man into picking up a gun and killing people indiscriminately, you don’t want to shame or humiliate a country that is struggling with multiple problems. But after the invasion, the appropriate response is something different. As former U.S. ambassador to Moscow Michael McFaul has written: “Putin will only negotiate when his army can’t keep marching forward, humiliated or not. Macron should focus on creating that condition.”

The pontiff is bending over backwards to seem even-handed. But as stupid as NATO’s eastern expansion was, it did not “provoke” Russia into invading. After all, NATO didn’t invade Russia. Countries on the periphery of the country made the free, democratic choice to join the security alliance. Given Russia’s previous conduct—supporting secessionist movements in neighboring countries, taking over Crimea, conducting cyberattacks on Baltic nations—it is frankly no surprise why NATO might look like an attractive option.

Russia tried and failed to take over all of Ukraine. Now the Russian military is focused on seizing all the Donbas, the eastern region of the country. Before the invasion, Russia controlled about one-third of this region. And now Italy wants to reward Russia by granting full “autonomy” to this region? Sometimes invading forces establish their own version of “victor’s justice.” The international community must not facilitate such outcomes.

Should the 144 million citizens of Russia be punished for the decisions of a relatively limited number of Russian leaders?

Putin has long enjoyed very high approval ratings in the 70 percent range. And some previously anti-Putin Russians have rallied behind their government because of the sanctions. But the sanctions are not designed to foment a revolution in Russia. They are focused on making it more difficult for the country to wage war in Ukraine. If the vast majority of Russians continue to support the war effort, then yes, they should expect to suffer the consequences of their decisions.

Similarly, should all gun owners have to give up their assault rifles because of the violent acts of just a few? Yes, they should. These guns have been proven to be dangerous. People can’t own nukes. They can’t stockpile biological weapons. And they shouldn’t own assault rifles either because, like nukes or biological weapons, their only real purpose is to kill large numbers of people.

According to the principle of collective responsibility, we have to limit our individual desires and group actions—to buy guns, to invade other countries—in order to live in some semblance of harmony in society and in the international community. In this sense, both the United States and Russia continue to be outlaw nations.

As Stalin famously didn’t say, “The death of one man is a tragedy. The death of millions is a statistic.” Here in the United States, we have been confronting one gun-related tragedy after another. The Ukrainians, on the other hand, are on their way to becoming a statistic. The perpetrators of both these categories of crimes must be held accountable. And they should certainly not be given a platform to spout their murderous ideologies.