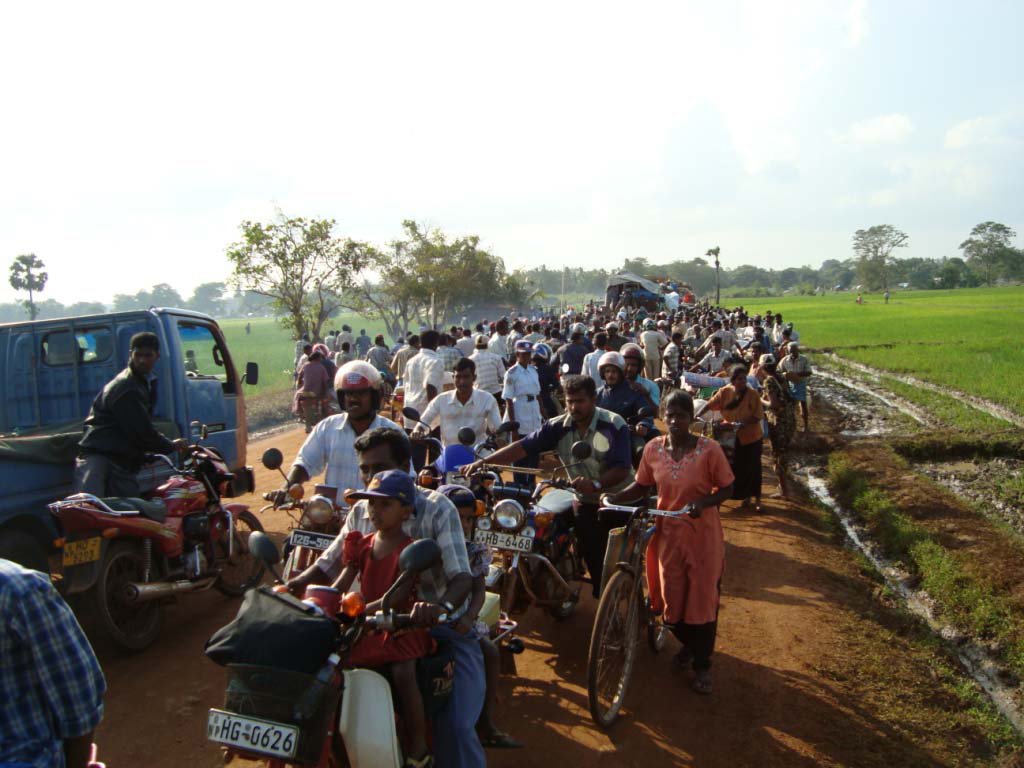 It’s time to hold those responsible for last year’s blood-bath in Sri Lanka accountable for their war crimes.
By Arthur Dewey | January 26, 2010 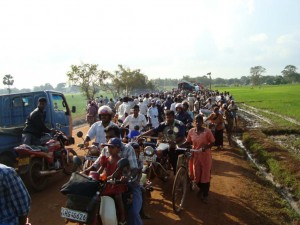 This week, Sri Lankan voters go to the polls to elect a new president. No matter the victor, neither of the two main candidates is likely to provide the justice and closure that Sri Lanka’s thousands of war victims deserve.

In 2007-8, I was a member of an independent international advisory group observing Sri Lanka’s investigation of human rights violations dating from 2006. I concluded that the government lacked the political will to hold accountable the perpetrators of these egregious crimes. When the United Nations secretary-general said this month that he is considering naming a commission of experts to “assist the government” of Sri Lanka to look at evidence its soldiers committed war crimes last year, my reaction was a chilling feeling of déjà-vu.

President Mahinda Rajapaksa established a domestic Commission of Inquiry in 2006 to investigate 16 cases of grave human rights violations by government forces and the Tamil Tigers. He appointed me and 10 other international experts as members of an International Independent Group of Eminent Persons to monitor the commission’s work. We observed and commented on the transparency of its investigations, as well as their conformity to international norms and standards.

Our group quickly discovered that the commission’s work didn’t conform to those standards, and that the offices of the Attorney General and the Presidential Secretariat repeatedly created obstacles. These actions created a pervasive climate of fear, making potential witnesses reluctant to come forward. Many would testify only via video-conferencing after fleeing the country. But their statements were so devastating that the government arranged to have such testimony declared inadmissible as evidence.

The government ignored or rejected most of the suggestions we made. Official correspondence directed to us was often characterized by a lack of respect and civility. By our fifth quarterly meeting, we saw the mockery being made of the process, and unanimously decided to terminate our work.

The commission’s mandate expired last July. It investigated only seven of its 16 cases. The president hasn’t published its report and not a single person has been prosecuted because of the commission’s work. The commission, like most of the nine such commissions appointed since independence in 1948, was a failure.

But now, there is impetus for another inquiry. Compelling evidence suggests that both the Sri Lankan government and the Tamil Tigers committed serious violations during what the UN called the “bloodbath” that marked the end of the armed conflict last May. In October, the U.S. State Department published a report with information on hundreds of alleged attacks killing and wounding civilians. Human Rights Watch has accused both sides of serious violations of international law, some of which may amount to war crimes. These credible allegations prompted calls for an independent investigation from the United States, the European Union, the UN High Commissioner for Human Rights, and organizations such as Human Rights Watch.

In October, the U.S. Ambassador at Large for War Crimes Issues Stephen Rapp called on the Sri Lankan government to “develop an accountability process that respects the interests of all.” But Rapp’s trust is completely misplaced in believing that an internal Sri Lankan investigation will produce any results.

Last May, President Rajapaksa promised UN Secretary-General Ban Ki-Moon to investigate allegations of laws-of-war violations. No action was taken, however, until November, when the publication of the State Department report compelled Rajapaksa to appoint a six-member committee of “experts” to “examine [its allegations] carefully.” The committee’s only mandate was to provide recommendations to the president in December (now postponed to April), and its members do not appear to be independent-minded.

As with our commission, it appears this inquiry was intended not to bring accountability, but to avoid it. Sarath Fonseka, the army chief in charge during last year’s “blood bath” and now Rajapaksa’s rival in the elections, isn’t likely to bring about a credible investigation either.

The Sri Lankan government has proven time and again that it’s unwilling to ensure accountability for serious violations, an absolutely vital precondition for genuine reconciliation and lasting peace. Secretary-General Ban should now take the initiative and establish a real independent international investigation. The United States, the European Union, and Sri Lanka’s biggest donor, Japan, should support such an effort. A just and peaceful future for Sri Lanka depends on dealing forthrightly with its grievous past.

Arthur DeweyArthur E. "Gene" Dewey is a former assistant secretary of state for population, refugees and migration and a contributor to Foreign Policy In Focus.