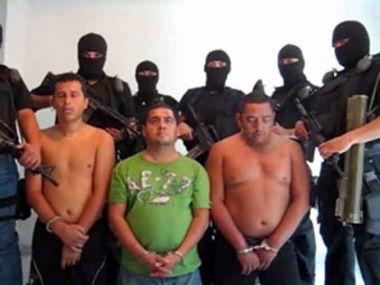 The disastrous failure of the drug war shows the necessity of a revamped U.S. policy approach.
By Terra Stanley | August 18, 2011 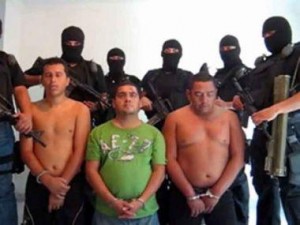 Mexico’s drug war is spiraling into bedlam. Within the past month, local Ciudad Juarez authorities deemed 15-year-old girls attending prison parties “impossible to control,” a 14-year old was accused of beheading and kidnapping for cartels, and masked guerilla groups continued to avenge their countrymen’s deaths. The war has no end in sight. Atrocities plague northern Mexico and other Central American countries, including Guatemala and El Salvador.

Influential lobbying groups and global figures have called for drug policy revisions. The NAACP just called for the U.S. drug war to end on the grounds that it’s a civil rights issue. Prominent Mexican poet Javier Sicilia recently called his countrymen to take to the streets to end the drug war. Sicilia produced a video just after the brutal murder of his son last March, and a movement to end the catastrophe has grown in response. Additionally, the Global Commission on Drug Policy, which includes former presidents from Mexico and Colombia, writers like Mario Vargas Llosa, and former UN Secretary-General Kofi Annan, decided last June that the global war on drugs has wrecked societies around the world.

President Obama must hear their call and rework this country’s disastrous drug policy, which currently places marijuana in the same narcotic category as heroin. Forty years after Richard Nixon’s declaration of this war, U.S. drug policy not only has failed to reduce drug usage but also generated intense violence both domestically and in Latin America. Yet the White House’s National Drug Control Policy argues that the alternative to the war on drugs is anarchy. A press release from this government body responded to the Global Commission on Drug Policy declaring: “The bottom line is that balanced drug control efforts are making a big difference.”

The Obama administration’s broken promise to change drug policy — as well as ever-increasing levels of aid for the Mexican war on drug cartels — ultimately has played a role in Mexico’s disturbing violence, which has killed 40,000 people since 2006. It’s well past time that politicians change U.S. drug policy to help end this madness.

The rise of anti-cartel Mexican guerrilla groups also proves the absolute fiasco of anti-drug policy. With no political solution in the offing, they are taking matters into their own hands.

On July 27, the Mata Zetas released a video urging the annihilation of the Zetas Cartel, considered the most brutal group with the highest number of members across Mexico, the United States, and Central America. The Zetas were connected to the February murder of U.S. Immigration and Customs Enforcement agent Jaime Zapata and the horrific mass slaying of 72 migrants in August 2010. The Mata Zetas group was created by one of the Zetas’ enemy cartels, the Cartel de Jalisco Nueva Generación, or New Generation Cartel of Jalisco. In the video, the Mata Zetas call on the citizens of Veracruz, an eastern state beset by high levels of violence, to denounce the kidnappings, murders, and rapes committed by the Zetas Cartel. The Mata Zetas have promised to avenge the murders of friends, family, and local journalists.

In the video, originally released on “el Blog del Narco,” a speaker reads a document surrounded by around 30 masked men bearing large firearms. He emphasizes the corruption that has tainted the Mexican government’s own efforts to stop the violence. The hooded narrator declares that government officials have collaborated with cartels and argues that the Ministries of Defense and the Navy are the only authorities not corrupted by money. The speaker also condemns former Veracruz governor Fidel Herrera Beltrán for allowing the cartel to settle in the state and praises the current administrator, Javier Duarte, who is fighting it.

The Mata Zetas are not interested in obtaining political power, but rather “fighting for our fellow countrymen who are fed up with so much injustice.” Near the end of the video the speaker asks, “This is the moment to act…if we don’t act can we expect to live?”

The Mexican government frequently declares its draconian efforts successful, including its elimination of the Jalisco cartel. But as a result of that “success,” in February 2011 the “New Generation” cartel was born, reports Nuestra Telenoticias. Increased surveillance by the Mexican and U.S. governments has indeed led to social disintegration in parts of Mexico, as the Global Commission report concluded. Cracking down in one area only escalates illegal drug activity in another. Police, military officials, and cartel members pursue each other in this perpetual war.

One thing is for sure: the Mata Zetas won’t be the first guerrilla group throwing their hats into the already multifaceted drug war equation.

The United States must first recognize its contributions to the drug war violence. After sending drones to “collect intelligence” for the Mexican government in March, Washington pledged in June to increase aid by 10 percent to tackle organized crime in Central America. Total aid amounts will reach almost $300 million this year. Earlier this month, The New York Times reported that the U.S. government plans to send more CIA operatives to assist Mexico’s police force. These efforts come three years after the implementation of the foundering $1.4 billion Merida Initiative. U.S. aid has militarized Mexico, and this has led to both counties’ failure in the drug war.

A civil war is raging just south of the border, and the Obama administration must realize that its drug policy directly shapes the level of violence in Mexico and Central America. It’s time to urge Washington to figure out a way to shape U.S. drug policy not only to benefit Americans but also to save lives at home and across the border.

One key change would be to legalize marijuana, which constitutes 60 percent of drug cartel business. Legalizing marijuana would result in billions of savings for local, state, and federal governments, an important selling point during the current debt crisis. The savings would not just be increased tax revenues, but would also include fewer arrests and less crowded prisons. Such policy reforms are urgently needed, before another 10,000 of our neighbors are killed.