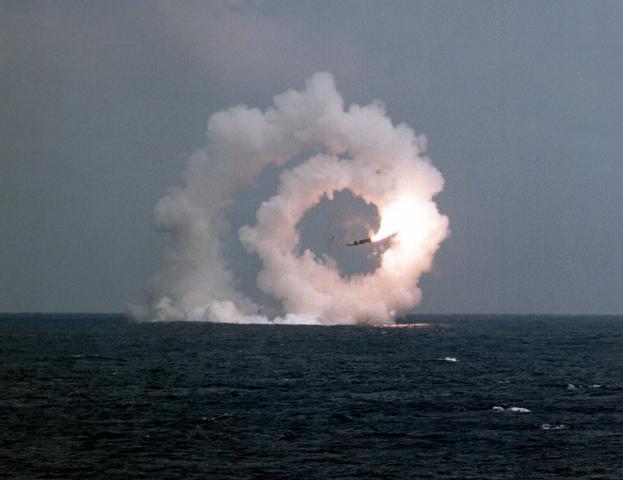 Washington sanctions North Korea and Iran while bolstering its own nuclear arsenal and turning a blind eye to Israel's.
By Michael Walker | April 29, 2013 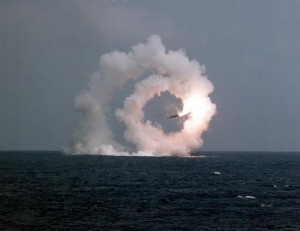 In April 2009, President Barack Obama gave hope to nuclear disarmament activists around the globe. Speaking in the Czech Republic, he affirmed “America’s commitment to seek the peace and security of a world without nuclear weapons.” It was, and remains, the most laudable of objectives. Unfortunately, it is becoming increasingly difficult to believe that the president is truly committed to eliminating these terrifying weapons of mass destruction.

This might come as a surprise to those whose knowledge of the issue is limited to Washington’s dealings with North Korea and Iran, for the U.S. government has made it plain that these nations’ purported nuclear activities will not be tolerated. As Secretary of State John Kerry declared during a visit to Seoul earlier this month, “North Korea will not be accepted as a nuclear power.” Regarding Iran, President Obama emphasized in an interview aired on Israeli television in March that “I have been crystal clear about my position on Iran possessing a nuclear weapon. That is a red line for us.”

These words have been matched by deeds. The Obama administration has been dogged in its efforts to punish these states for their alleged nuclear ambitions. A case in point occurred in March, when U.S. Ambassador to the United Nations Susan Rice led the way in pushing for the imposition of new sanctions on the reclusive North Korean regime following its third nuclear test. Tehran has likewise been targeted with crippling U.S. and international economic sanctions.

However, if we look beyond these two cases, the non-proliferation edifice begins to crumble. It was reported over the weekend, for example, that the United States intends to spend around $10 billion enhancing its Europe-based nuclear weapons. This plan, which would involve turning the bombs into guided weapons that could be fired by F-35 warplanes, would represent “a significant upgrade of the U.S. nuclear capability in Europe,” according to one expert.

Then there is the matter of Washington’s cozy relations with nuclear weapons states India and Israel. The courting of India, a nation that conducted a so-called “peaceful nuclear explosion” as far back as 1974 and has never signed the Nuclear Non-proliferation Treaty (NPT), is not a new phenomenon. The embrace of this South Asian giant began during George W. Bush’s presidency, when his administration signed a 10-year defense agreement with New Delhi and blew a giant hole in the global non-proliferation regime by agreeing to a civil nuclear cooperation deal.

President Obama’s team has been hypnotized by New Delhi’s potential as a buyer of U.S. arms and military hardware. In 2010 the president paid a visit to India where he lobbied on behalf of U.S. defense contractors Lockheed and Boeing, which were at the time bidding for a multi-billion dollar contract to provide the country’s military with 126 new warplanes. Although Indian Prime Minister Manmohan Singh torpedoed the U.S. bids, preferring to negotiate with the French company Dassault, the Obama administration has continued its efforts to pry open the lucrative Indian market.

Indeed, Andrew Shapiro, a high-ranking State Department official, recently boasted that “we have made tremendous progress in the [U.S.-India] defense trade relationship,” with U.S. military sales to New Delhi hitting roughly $8 billion, up from zero in 2008. He held out the appealing prospect of “billions of dollars more in the next couple of years.” In short, this logic holds that while India may have atomic weapons, what’s more important is that the country is an ally and buys large quantities of U.S. military equipment.

Unsurprisingly, Israel also gets special treatment on the nuclear front. An undeclared nuclear weapons state that has declined to sign the NPT, Israel is presumed to possess an arsenal of several hundred nuclear warheads. Notwithstanding this, the Israelis are showered with U.S. military aid, averaging around $3 billion annually. The administration’s unstinting support for Israel was recently underlined when Defense Secretary Chuck Hagel flew to the Middle East to discuss a multi-billion dollar arms deal for Israel, Saudi Arabia, and the United Arab Emirates. As reported in the New York Times, this package is “intended to further increase Israel’s military edge over other powers in the region.” The secretary noted that the deal would send a “very clear signal to Iran.” One signal is certain to have been received loud and clear: While Washington permits its friends to have the ultimate weapon, a different set of rules applies to its enemies.

If President Obama wishes to be taken seriously as an advocate of nuclear non-proliferation, he should be consistent. The U.S. loses credibility when it vilifies North Korea and Iran while at the same time remaining silent about the atomic weapons of its friends.

Here, then, is a policy suggestion for the president: Impose sanctions against India and Israel, and end the arms deals with those nuclear states. Alas, such a course of action is unlikely, to say the least. Therefore, the outlook for nuclear non-proliferation and eventual disarmament remains bleak.

Michael WalkerForeign Policy in Focus contributor Michael Walker has a PhD in international relations from the University of St. Andrews.