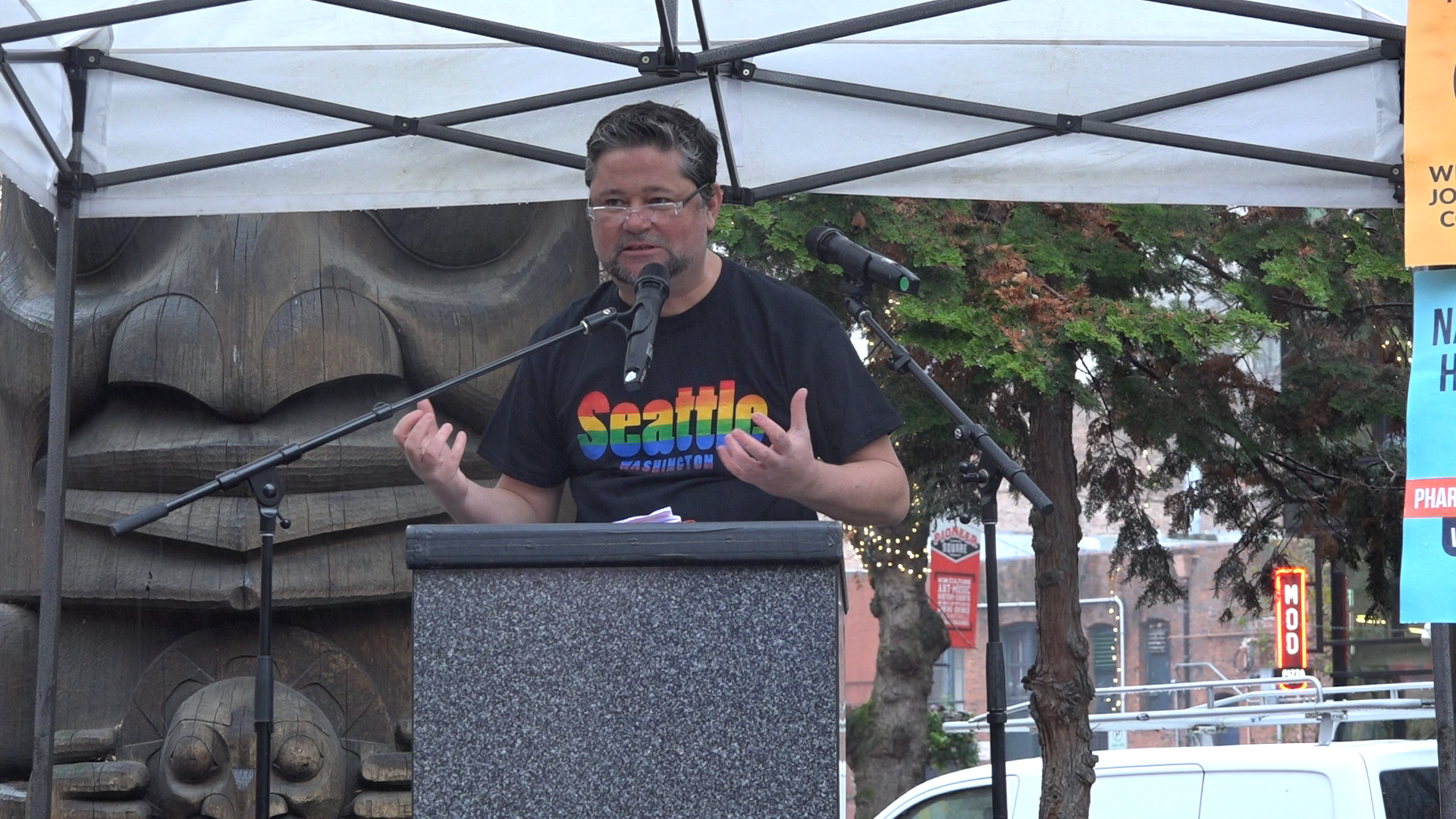 Manuel Perez Rocha speaks on the 20th anniversary of the Seattle WTO protests.

We Need a Progressive Alternative on Trade — and NAFTA 2.0 Isn’t It

Here's what a progressive trade agenda that actually protects people and planet would actually look like.
By Manuel Perez-Rocha | December 11, 2019

This piece was adapted from a speech the author gave in Seattle to mark the 20th anniversary of the World Trade Organization protests.

Good Morning Seattle! Let’s not forget that while we stopped the introduction of the so-called Singapore Issues in the WTO in 1999, like investment protection rules, there are today around 3,500 Bilateral Investment Treaties (BITS).

Sixty years ago, Pakistan and West Germany inked the first Bilateral Investment Treaty. This agreement paved the way for a glut of dispute settlement and arbitration systems, and other appendages of so-called “trade” policy, that have exploited unequal power relations to increase inequalities between and within countries.

Six months ago, Pakistan was hit with a $6 billion fine for allegedly infringing on the profit-making opportunities of a multinational mining corporation. This fine was leveled by an unelected three-person court within the International Center for Settlement of Investment Disputes, part of the World Bank Group, and one of the many such enablers of unchecked corporate power unleashed 60 years back.

It is clear that these trade and investment policies no longer even benefit the signatory countries, but rather line the pockets of global elites at the expense of ordinary people and the planet we share. Backlash to these policies has peaked and waned, peaking 20 years ago with the fight against the MAI and the Seattle WTO protests, and again reemerging in the past decade, against the FTAA and, again, against the TPP more recently.

As the right has increasingly taken up opposition to trade policies from a protectionist and often xenophobic angle, the need to distinguish a left, internationalist critique of corporate globalization has never been more urgent. The chauvinist policies of the Trump administration and its imitators need to be strongly condemned. But if the progressive movement is simply reacting to the neoliberal trade agenda and its right-wing disruptors, it is unlikely to achieve meaningful change.

So, progressive politicians and policymakers — from AMLO to Elizabeth Warren and Bernie Sanders — must unify around a progressive vision of trade to guide an international system that places people and planet over profits. That is why a bold new vision for international economic cooperation and global development is so crucial.

Drawing on the rich history of trade policy alternatives, we have developed a working paper that criticizes NAFTA 2.0 and articulates four key pillars of a progressive trade and development agenda.

Only by securing these principles will we achieve true cooperation. Only then will we establish the base for a broad public interest in a more egalitarian and ecologically sustainable system, while ensuring fair and prosperous international trade.

The progressive trade agenda outlined in our report is forward-looking and aims to mobilize urgently needed international efforts to address intolerable levels of inequality and the existential threat posed by rapid climate change.

Our report discusses the alternatives we need in a range of issue areas, and in accordance with the four pillars and principles. This positive, progressive trade agenda includes, but is not limited to, the following proposals:

While these suggestions alone will not build the multilateral system that we need, they represent crucial foundational blocks to get us there.

International trade has consistently been left to the back burner of policy circles, allowing corporate capture to continue unabated. But now, with opposition to status quo trade policies increasingly a dinner-table conversation, the time has come to demand policymakers and politicians to take up this vision for a progressive trade agenda.

The triple crises of democracy, social inequality, and climate change are now deeply intertwined and driving humanity to the brink. But we still have a choice. We still have time to fight for a world based on economic and social equality and ecological sustainability. The Green New Deal championed by Alexandria Ocasio-Cortez and thousands of young activists gives us just one glimpse into what this world could look like, and how we can get there.

Building a new multilateralism based on internationalism and solidarity is one prerequisite for getting us to that world, and the lessons we have drawn from our work constitute one important piece of the roadmap to help us find the way.

The speech above is based on the article Beyond NAFTA 2.0: toward a progressive trade agenda for people and planet, which was published at OpenDemocracy in November 2019 by Aaron Eisenberg, Scott Sinclair, Manuel Pérez-Rocha, and Ethan Earle.

Beyond NAFTA 2.0: Toward a Progressive Trade Agenda for People and Planet is a working paper jointly prepared by the Canadian Center for Policy Alternatives, the Institute for Policy Studies, and the Rosa Luxemburg Stiftung, published in July 2019. The working paper brings together the voices of 18 leading experts in progressive trade policy and received additional input from dozens of experts and leading organizations across the Americas. It was edited by the above mentioned authors.