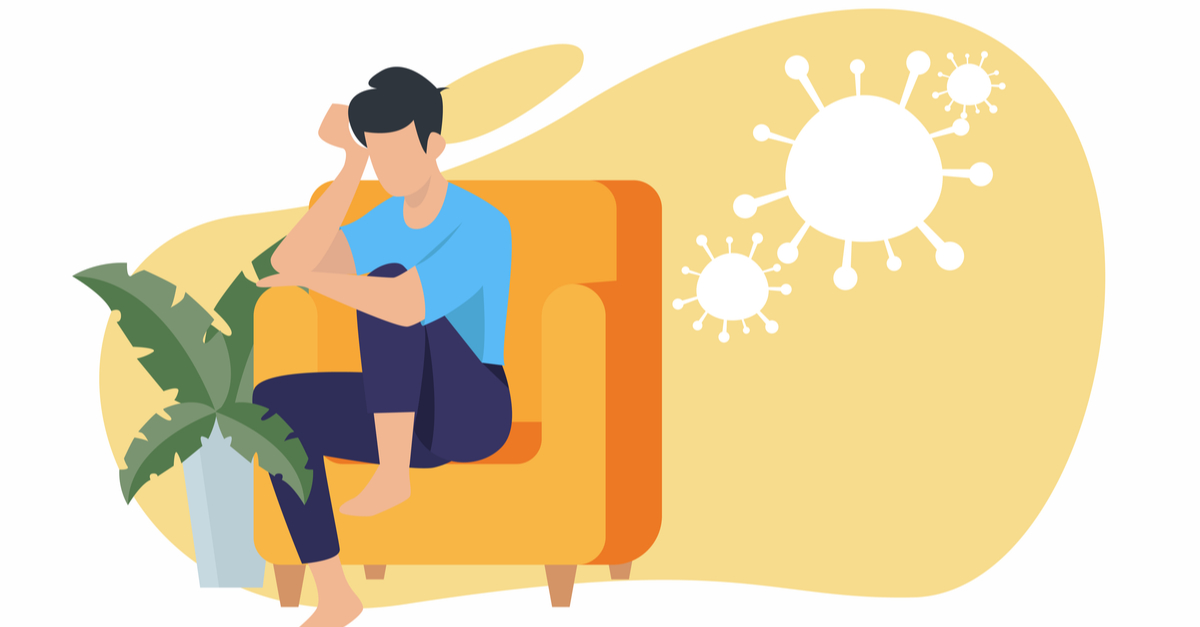 Organizing, connection, and solidarity are a way out of isolation — especially when we know there's no going back to "normal."
By David Vine | April 29, 2020

On the morning of September 11, 2001, I heard the impact of a plane hitting a building.

I was a second-year graduate student living near downtown Brooklyn, not far from the World Trade Center towers. I watched one of the towers fall from a park near my home. For at least four days after the attacks, I remember being curled up on my couch and in my bed. I spoke to some family and friends on the 11th, but otherwise I didn’t leave my apartment, and I don’t remember talking to anyone.

Mostly I was paralyzed by fear and a desire, but seeming inability, to help in some way. I wanted to do something for those in need. I wanted to speak out. As an aspiring writer/activist (with certain delusions of grandeur), I felt a responsibility to write at least an op-ed to counter the nationalist, often racist warmongering narratives dominating the news media. I wanted to stop my country from launching an unnecessary war that would kill many more thousands of people in a country that bore no responsibility for the attacks.

I tried to write. I stared at the screen. I typed a few halting lines. I soon gave up and lay back on the couch.

I only started to feel better and extract myself from my depression after I began reengaging with friends, family, graduate school cohort members, and others in New York. I attended organizing meetings to oppose going to war in Afghanistan, went to teach-ins with friends, volunteered at Ground Zero, went for a run with a friend. I also got more deeply involved in new graduate school work: by some cosmic luck, in August 2001, I began research related to the U.S. military base on the Indian Ocean island of Diego Garcia, which soon helped launch the U.S.-led war in Afghanistan.

Once the U.S. military began bombing Afghanistan from Diego Garcia, I felt particularly privileged and inspired to be working on an issue related to war and U.S. foreign policy. I used my anger, sadness, and sense of culpability for the war as a U.S. citizen to expand my research into a dissertation project that sought to expose the secretive history of the base and the expulsion of the indigenous Chagossian people during the base’s construction; to make some contribution to the Chagossians’ struggle to return home; and to analyze and critique the hundreds of U.S. military bases overseas and patterns of U.S. imperialism laid bare by the post-9/11 wars.

After suffering a different kind of trauma in the sudden, unexpected death of my stepfather in April 2002, 18 years ago this week, I further transformed my dissertation project so I could live in Washington, DC, near my family. Changes to my research that initially seemed detrimental ultimately strengthened the breadth and depth of the contributions of my dissertation (and later book).

Thinking about those four days on my couch and in my bed in 2001 has helped in this moment. Actively, almost compulsively reaching out by phone, zoom, and email to family, friends, and other loved ones has helped. Getting involved in mutual aid efforts, online political organizing, spring holiday rituals, and connecting with others in any and every way possible has helped. Remembering to lower expectations of myself has helped. Remembering to care for myself with running and walking (masked and at safe distances), meditation, and group therapy online has helped.

Writing this — the first thing I’ve ever written about my experience of 9/11 — has helped.

I wish I had, in the days after 9/11, known what I know now. I wish I had picked up the phone to call a friend or started to write in a journal, however haltingly, however fragmentedly, with whatever words came out.

In recent weeks, I suspect almost everyone has figured out mechanisms to cope and care for themselves and others as best they can. Of course, they have done so in radically different socioeconomic, social, and environmental circumstances. Clearly, in 2001 and today, I was and am privileged to have an apartment, a secure paycheck, and the full health of most of my family and loved ones.

Others have more immediate concerns such as having enough to eat. Others can’t “stay at home” because they have no home. Others don’t have the racial privilege I have that greatly minimizes my risk of infection and death. Others live in countries with public health systems that are far more impoverished than the embarrassingly inequitable U.S. system.

My memories of 9/11 will do little to make a difference in this global pandemic beyond the solace they’ve provided me. Still, I hope some of my words might help or resonate with a few others. Millions, probably billions of people worldwide have helped and inspired me recently through countless acts of coronavirus solidarity at local, national, and global levels. Millions have inspired me in their efforts to build community networks, mutual aid groups, and social movements despite the need for physical distancing.

Similarly, I’ve been inspired by the millions who agree that there will be no “going back to normal.” Millions now see that “normal” was the problem (just as the pre-9/11 “normal” sowed the seeds of the 9/11 attacks). Much like after 9/11, after I left my apartment and began working with others to oppose the wars in Afghanistan and Iraq, I’ve been inspired since the pandemic’s onset by millions who see a historic, urgent opportunity to change what’s normal, to change the world and its structures of inequity, violence, and impending climate disaster.

Now, together, we must ensure that we never go back to the “normal” that brought us 9/11 and the Covid-19 pandemic and that will bring us more global crises if we don’t seize our opportunity to create a new, more just normal.

David Vine is a Professor of Anthropology at American University in Washington, D.C. He is the author of Island of Shame: The Secret History of the U.S. Military on Diego Garcia (Princeton University Press, 2009). His new book, The United States of War: A Global History of America’s Endless Conflicts, from Columbus to the Islamic State (University of California Press) will be released in October.