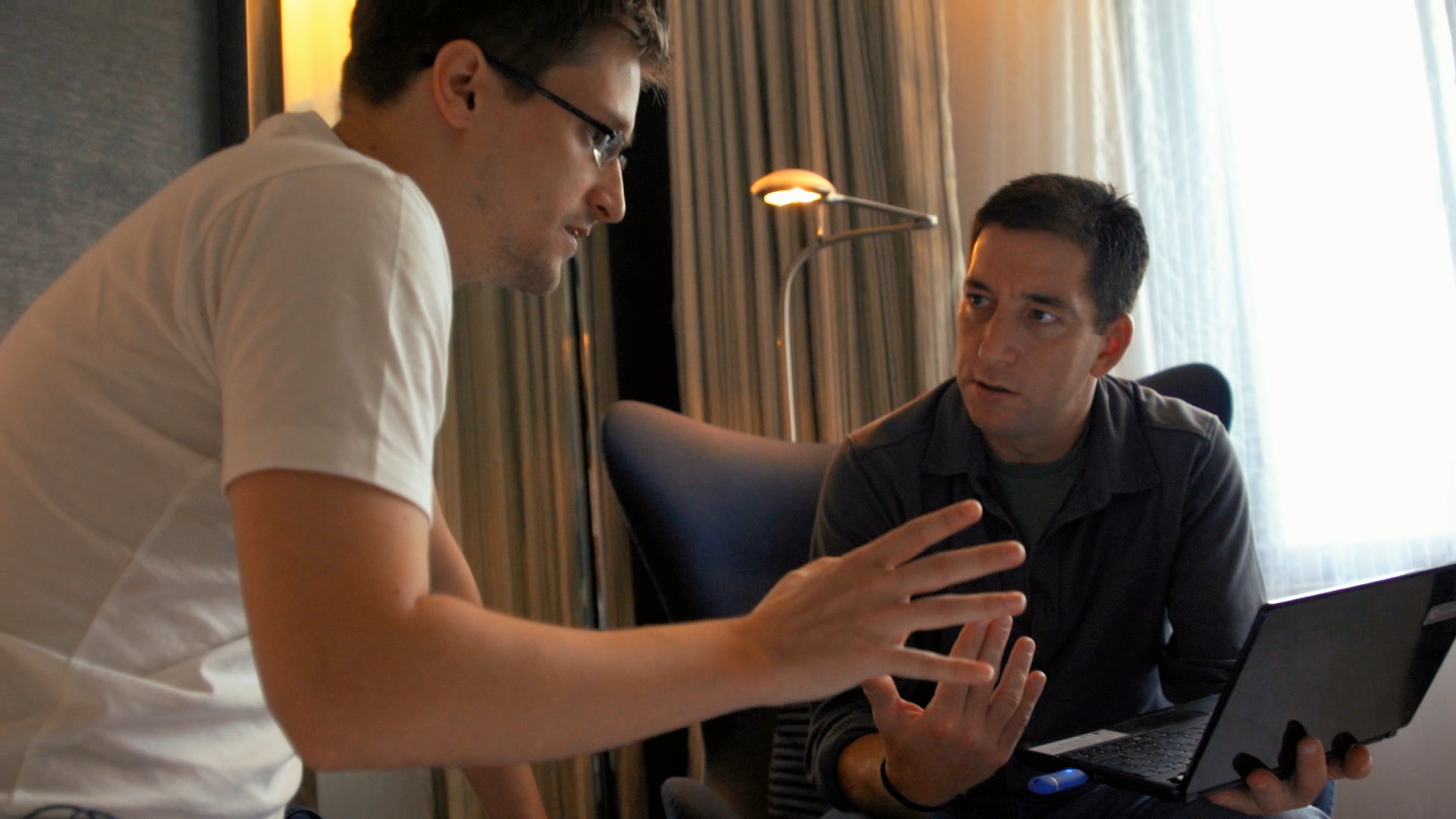 Edward Snowden (left) and Glenn Greenwald in a still from Citizenfour

What Hillary Clinton Got Wrong About Edward Snowden

The former secretary of state attacked the NSA whistleblower without bothering to get her facts straight.
By John Kiriakou | October 24, 2015

The presidential candidate and former secretary of state insisted during the recent Democratic debate that Snowden should have remained in the United States to voice his concerns about government spying on U.S. citizens. Instead, she claimed, he “endangered U.S. secrets by fleeing to Russia.”

After accusing Snowden of stealing “very important information that has fallen into the wrong hands,” she added: “He should not be brought home without facing the music.”

Clinton should stop rooting for Snowden’s incarceration and get her facts straight.

First, Snowden is a whistleblower, not a leaker. Whistleblowing is the act of bringing to light evidence of waste, fraud, abuse, law-breaking, or dangers to public health or safety. Snowden did exactly that when he divulged proof that the National Security Agency was illegally snooping on all of us.

Second, Snowden knew it was impossible to report this wrongdoing through his chain of command at the NSA, where he was working as a contractor employed by the consulting giant Booz Allen Hamilton.

I’ve written previously about whistleblower Tom Drake, who went through his own chain of command to report an earlier illegal wiretapping scheme by the NSA. Drake went to his bosses, his office’s general counsel, the NSA’s inspector general, the Pentagon’s inspector general, and congressional oversight committees — only to be charged with 10 felonies, including five counts of espionage.

CIA whistleblower Jeffrey Sterling, who reported wrongdoing in a CIA operation related to the Iranian nuclear program through his chain of command, was similarly charged with multiple counts of espionage. Now he’s serving 42 months in prison.

The sad fact is that many national security chains of command are overtly hostile to people who report wrongdoing. I learned this firsthand when I spent nearly two years behind bars for denouncing the CIA’s use of torture years after I left the agency. And I didn’t go to any country club. I went to a real prison.

Indeed, one of my former supervisors at the CIA called whistleblowing “institutionalized insubordination.” In other words, employees should just “follow orders,” even if those orders are illegal.

Didn’t Nazi war criminals say that they were just following orders, too? To me, their compliance was criminal.

Third, Clinton claimed that Snowden would have enjoyed protection from theWhistleblower Protection Act if he’d remained in the United States to make his revelations.

I’m disappointed, frankly, that somebody running for president of the United States doesn’t know that the Whistleblower Protection Act exempts national security whistleblowers. There are no protections for you if you work for the CIA, NSA, or other federal intelligence agencies — or serve them as a contractor. You take a grave personal risk if you decide to report wrongdoing, and there’s nobody who can protect you.

Even the federal body that’s supposed to protect whistleblowers, the Merit Systems Protection Board, got itself in trouble in October for suspending and retaliating against its own whistleblower, who revealed that the agency had a huge backlog of cases and was taking far too long to adjudicate them. That certainly doesn’t inspire confidence.

Finally, let’s get this straight: Snowden didn’t “flee to Russia.” Snowden stopped in Moscow on his way from Hong Kong to South America when Secretary of State John Kerry revoked his U.S. passport. Snowden never intended to move to Moscow. Kerry made that decision for him.

Of all people, Hillary Clinton — Kerry’s predecessor at State — should know that.

I get that Clinton doesn’t like Snowden. I doubt he’s too upset about that. But Clinton should get her facts straight if she’s going to take a stand against those federal employees and contractors who take their oaths to uphold the Constitution seriously enough to report crimes against it.

She should be celebrating whistleblowers, not vilifying them and suggesting they waltz into the nearest penitentiary.

John Kiriakou is an associate fellow at the Institute for Policy Studies. He’s a former CIA counterterrorism officer and senior investigator for the Senate Foreign Relations Committee.