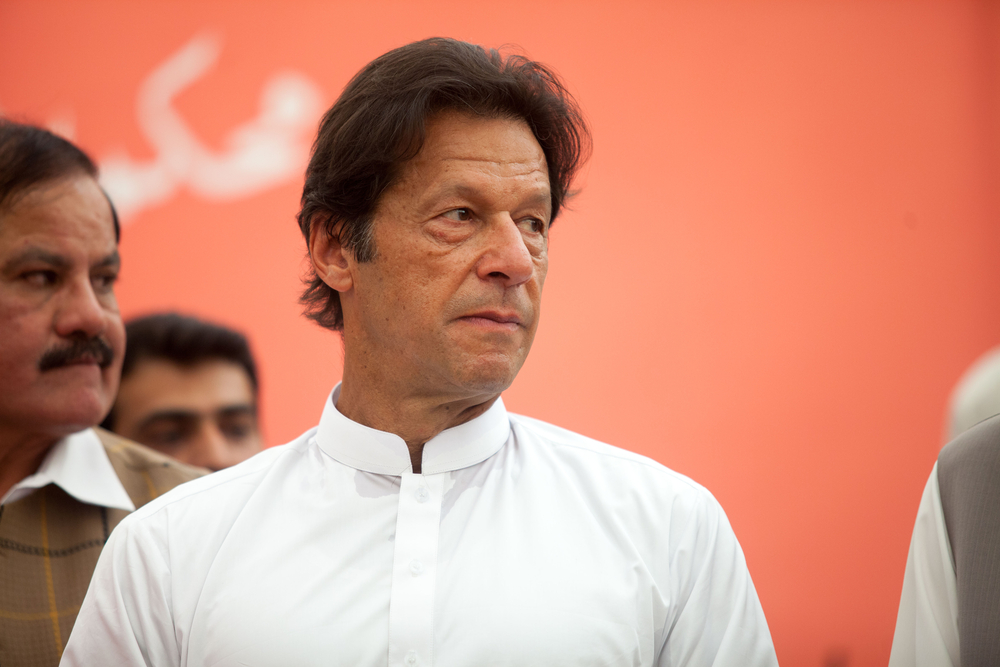 What Next for Pakistan and Imran Khan?

Can the next leader of Pakistan lead the country out of corruption, poverty, and war?
By Abrahim Shah | August 2, 2018

The July 25 general elections in Pakistan heralded a seismic shift in Pakistan’s politics few would have envisaged a mere six months ago. The Pakistan Movement for Justice (PTI)—led by the charismatic former cricketer Imran Khan—bagged 115 out of the 272 directly contested seats in Pakistan’s Parliament. That’s the most of any party. Khan is thus Pakistan’s prime-minister-in-waiting, an achievement that marks the pinnacle of his two-decade-long political career.

Khan’s rise to power, however, is not without controversy. The run-up to the polls was marred by some of the most extensive pre-election rigging Pakistan has ever witnessed in its turbulent history. The Pakistan Muslim League-Nawaz (PML-N), the ruling party before the elections, was expected to further strengthen its hold on power in the 2018 polls.

Instead, it found itself as the runner up to the PTI after becoming the target of dubious political maneuvering and of uncertain judicial decisions that resulted in the party’s leader, Nawaz Sharif, and his daughter jailed on the eve of the elections.

In the past, the military has usually been responsible for such political machinations. Since Khan benefitted from this onslaught against the PML-N, his party came to be seen as a stooge of the military, a claim that has tarnished the PTI’s reputation in some quarters and that has raised questions about the health and the sustainability of Pakistan’s democracy.

Khan will thus come into office with the knowledge that many segments of Pakistani society are challenging his legitimacy to rule. Despite these allegations, however, Imran would not have been able to acquire such a commanding lead in the National Assembly had he not been generally popular amongst Pakistan’s masses.

His narrative of being anti-status quo and his promises to eradicate corruption in Pakistan resonated strongly with the millions of young, literate, and unemployed Pakistanis who chase increasingly elusive dreams of upward mobility. Imran’s own unique blend of a Western past and his conservative socials views also makes him popular with voters across Pakistan’s political spectrum. Pakistan’s liberals, for instance, remember Imran the cricketer as a flamboyant celebrity and playboy who broke bread with some of the biggest names in the Western World.

The Khan of today, on the other hand, decries Western feminism for having “degraded the role of a mother,” and has publically spoken out against repealing some of Pakistan’s most orthodox laws. Whether he succeeds in uniting the different strands tugging at Pakistan’s social fabric, however, remains uncertain.

The PTI promises a significant break from Pakistan’s political past and the chance to try a new, untested, and so far untainted political party. The problems the PTI faces, however, are the same ones that have been plaguing the country for decades, including a burgeoning foreign and fiscal debt crisis, rising unemployment, a faltering foreign policy, climate change, and the perennial threat of extremism and terrorism.

Pakistan’s fiscal and foreign debt crisis possibly poses the biggest challenge for the incoming government. Pakistan’s currency has depreciated nearly 25% in value over the past few months. With imports continuing to increase and exports failing to catch up, there seems to be no respite for Pakistan’s falling foreign reserves. The precarious situation could force Pakistan into another agreement with the IMF, a possibility PTI’s candidate for finance minister, Asad Umar, claimed is likely.

The structural problems plaguing Pakistan’s economy thus demand a fundamental rethink of the country’s economic policy and a shift away from the neoliberal growth model that the country has followed since the 1990s. The PTI, however, adheres to the tenets of this model, which casts doubt over its ability to substantially alter Pakistan’s economic trajectory.

The PTI also faces an uphill battle to protect Pakistan’s interests on the global stage. In June, for instance, Pakistan was placed on the Financial Assistance Task Force’s (FATF) “grey list” of countries that have failed to curb money laundering and the financing of terrorist outfits.

This move was a result of declining relations with Washington, which has threatened to punish Pakistan for its alleged support of extremist groups operating in Afghanistan. Secretary of State Mike Pompeo, moreover, claimed in a recent interview that the US would deny IMF funding to Pakistan if the latter used these funds to pay back “Chinese loans.”

Recalibrating relations with the United States will thus be the biggest foreign policy challenge for the PTI. The new government will also have to rethink its approach towards Afghanistan to assuage fears that Pakistan supports the Afghan Taliban. This will pose a significant dilemma for Khan, who has historically voiced support for peaceful negotiations with the Taliban and who opposed the Pakistan military’s operation against the Pakistani Taliban in the country’s northwestern regions. While in power in the Khyber Pakhtunkhwa province, moreover, the PTI funded the Darul Uloom Haqqania, a religious seminary notorious for educating many members of the Taliban. These precedents have led to many of the detractors of the soon-to-be prime minister to dub him “Taliban Khan.”

The PTI will thus have to battle both personal ideological inclinations and strategic interests to improve Pakistan’s relationship with Afghanistan. This will also require making peace overtures to New Delhi, a move that will bring the party into direct conflict with Pakistan’s military. The military, for its part, has historically opposed any peace deal with India, and has traditionally enjoyed a veto on Pakistan’s foreign and security policies.

Imran Khan’s promises of a naya (new) Pakistan thus face significant hurdles even before the cricketer-turned-politician has set foot in his new office. Pakistan, after all, has suffered from decades of poor governance and a weak democratic structure. But Khan came to power carrying with him the hopes of millions of Pakistanis who have witnessed extreme violence, poverty, and uncertainty in their lives, and who want to break the hold traditional political parties have on the organs of power in Pakistan.

Abrahim Shah holds Bachelor’s degrees in Economics and History from Cornell University and is currently working in journalism and in academia in Pakistan. mabrahim.shah@gmail.com