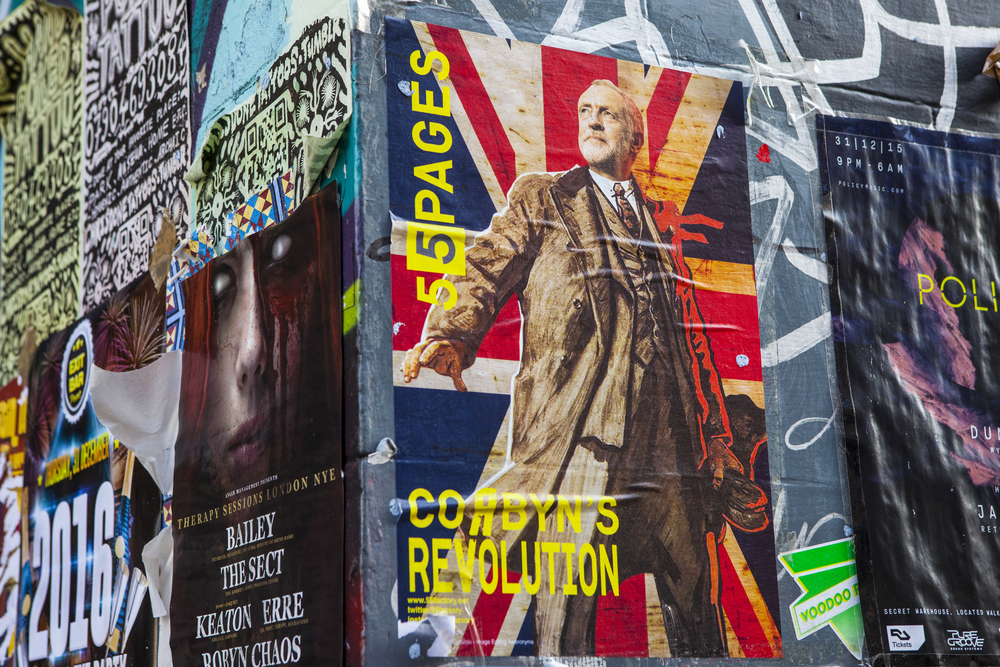 What the UK’s Labour Party Can Teach Democrats About Internationalism

In the fight for the future of the Democratic Party, progressives must not let their critique of the status quo end at the nation’s borders.
By Michael Galant | April 23, 2019

One year ago, the UK Labour party released its guiding manifesto on international development.

Written by then Shadow Secretary of State for International Development Kate Osamor, the brief, accessible manifesto overturns the dominant neoliberal development model and replaces it with a bold, progressive vision of “A World For The Many, Not The Few.”

Though far from perfect, A World For The Many is an extraordinary document to come from the largest political party in western Europe. As Democratic presidential hopefuls stake out their own policy positions and fight to prove their progressive credentials, they would do well to consult the Labour manifesto.

There has long been a bipartisan consensus on international development. Development policy is about stimulating private sector-led economic growth. This is achieved through private investment, charitable aid, and pressure to adopt “Washington Consensus” policies of austerity, privatization, and market fundamentalism.

While conservatives and liberals may debate the extent of “pro-market” reforms, the ideal size of the aid budget, or which new fad is the development magic bullet, they widely agree on the basic premise.

A World For The Many offers a different approach. Global poverty exists not because some countries simply failed to grow, but because unequal global political structures systematically hold the vast majority down to the benefit of the few. Properly considered, development — if it is even to be called that — should be about replacing these structures for a fairer world.

Well-being, not growth for growth’s sake, is the goal. In fact, with climate change upon us, the growth of total economic activity would be ruinous.

The Labour manifesto also recognizes the hypocrisy of a system in which one department of government claims to be supporting “development” while the others promote fossil fuels, design trade deals to empower corporations, and sell weapons that will be used to massacre Yemenis and other conflict victims. A World For The Many is not just about aid policy; it’s a fundamental rethinking of the UK’s role in the world.

The following are just a few highlights from the manifesto’s many laudable proposals:

These are not new ideas. Their inclusion in the Labour manifesto speaks more to the decades of work of grassroots activists than it does to the sudden enlightenment of political leadership. But it’s telling of a monumental political shift that they should be found in the official platform of a Western political party on the brink of power.

Of course, there’s much to be desired. A model progressive treatise on global inequality would be explicitly rooted in anti-imperialism, which A World For The Many doesn’t even mention by name. The manifesto isn’t bold enough to propose a New Bretton Woods or Global Green New Deal. Foreshadowing Labour’s inexcusable recent decision to turn against freedom of movement, the manifesto makes no mention of non-refugee immigrants, much less commitments to open borders. Its call for democratization of multilateral institutions doesn’t extend to the UN, in which the UK has disproportionate power. And much of the language remains vague and malleable.

But despite the policy space to its left, A World For The Many is not just a lesser evil — it is, in both specific recommendations and broad framing, a categorical improvement from the neoliberal consensus. As scholar-activist and member of Osamor’s expert task force Jason Hickel put it: “Labour’s new [manifesto] marks something of a revolution in development policy and narrative.  It captures the zeitgeist of a movement that is hungry for a fresh, radical approach.”

This is a far cry from the Democratic Party’s development platform, which remains mired in neoliberalism, and, tellingly, begins: “We believe that development assistance is an essential instrument of American power.”

Of the 2020 presidential candidates, Senators Elizabeth Warren and Bernie Sanders come closest to the Labour approach.

In her defining foreign policy speech, Warren centered global economic justice, calling for greater financial transparency, an end to tax havens, curtailment of multinational corporate power, and stronger regulatory standards in trade deals. Sanders made similar remarks in 2017, declaring that “there is no justification for the incredible power and dominance that Wall Street, giant multinational corporations, and international financial institutions have over the affairs of sovereign countries throughout the world.”

But neither their rhetoric nor their voting records are quite as expansive, as detailed, or as radical in upending the development consensus as the Labour manifesto.

In the fight for the future of the Democratic Party, progressives must not let their critique of the status quo end at the nation’s borders. When the next president of the United States crafts their development platform, they should take a page out of Labour’s book and envision A World For The Many, Not The Few.

Michael Galant is a recent graduate of the Master of Public Policy program at the Harvard Kennedy School of Government. He is interested in building global solidarity for left alternatives to neoliberal models of globalization and “development,” and can be found on Twitter at @michael_galant.