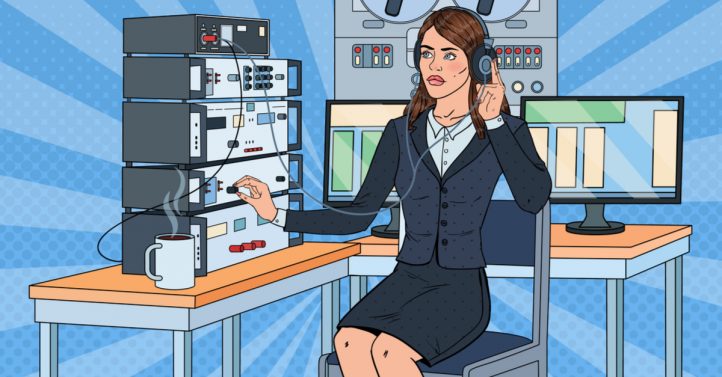 Donald Trump has many enemies. And he has long had an enemies list: all the people that he has attacked repeatedly in person, in print, and on Twitter.

But now Trump, as president, has drawn up a formal enemies list. At the top is John Brennan, the former director of the Central Intelligence Agency who just had his security clearance revoked. The president has assembled a list of other top former officials that are next in line for similar treatment. This list includes former CIA head Michael Hayden, former FBI chief James Comey, and former National Security Advisor Susan Rice. It even includes a current Justice Department official, Bruce Ohr.

These top-level officials from several administrations are on Trump’s enemy list for any or all of the following reasons. They publicly criticized the president. They’ve been connected to the investigation of possible collusion between the Trump campaign and the Russian government. Or they’re simply a member of the “deep state.”

The “deep state” is the right-wing assertion that a shadowy group of people inside and outside of government are working together to thwart the Trump agenda. They are doing this by engaging in a “witch hunt” against the president by linking him to Russian misconduct. They are leaking information to the press. And they are throwing sand into the gears of state to slow down various Trump initiatives.

Unfortunately, the “deep state” narrative also has some appeal to progressives in the United States, who have long been concerned about the actions of the FBI, the CIA, the NSA, and other powerful institutions. They point to J. Edgar Hoover, the long-serving head of the FBI, who accumulated enormous power in his position and ran undercover operations against such notable figures as Martin Luther King, Jr.

In the U.S. context, however, the “deep state” is a myth. The FBI, CIA, and NSA are indeed powerful institutions. But even when they have acted illegally, these organizations have done so at the behest of the president. Yes, there have been occasional rogue operations like Oliver North’s contra-supply network, but even this operation advanced rather than impeded presidential policy.

Granted, Donald Trump is a deeply unpopular figure in Washington power circles. Many federal employees are very unhappy with how Trump has reversed Obama-era policies on the environment, labor, education, and so on. They have released information to the press. They have tried to slow down some of Trump’s initiatives. But they are not united in a “deep state” conspiracy.

The intelligence and law enforcement communities fall into a different category.

Special counsel Robert Mueller is heading an ongoing investigation into the various crimes and misdemeanors of the Trump cohort. The investigators are attempting to apply the rule of law even to the highest-ranking officials in the administration. Meanwhile, the intelligence community is concerned not just about the past actions of the Russian government to influence U.S. elections but the ongoing relationship between the White House and the Kremlin. Former members of these communities remain well respected and influential in Washington and overseas as well.

Trump’s “enemies list” is an effort to eliminate all vestiges of opposition to the president within the bureaucracy of law enforcement and the intelligence community. He’s interested not only in silencing his most vocal critics. To use the Chinese expression, Trump is killing the monkey to scare the chickens. He is punishing the most prominent and well-known figures in order to ensure that everyone in the FBI, CIA, NSA, NSC, and elsewhere toes the line. Indeed, National Security Advisor John Bolton is talking about reviewing the security clearances of more than 4 million people.

Trump’s actions are all too familiar.

In Poland, when the right-wing populist Law and Justice Party took over, one of its first acts was to purge the military. It even conducted a raid on a counter-intelligence center in Warsaw to replace the head. More recently, the far right-wing government coalition partner in Austria, the Freedom Party, took advantage of its control of the Interior Ministry to raid the country’s intelligence service and fire many top officials. As a result, other intelligence services in Europe have stopped working with their Austrian counterparts. And in Turkey, where the government of Recep Tayyip Erdogan popularized the phrase “deep state,” the president has ordered a thoroughgoing purge of the military, law enforcement, and intelligence.

In all of these cases, the ruling parties have been afraid of any threat to their control. Trump, too, wants only loyalists around him. Even Attorney General Jeff Sessions, an early Trump supporter, has earned repeated criticism from the president for not putting loyalty to Trump above the law.

In some countries, of course, powerful institutions threaten not just ruling parties but the very foundations of democracy. In South Korea, for instance, a notoriously conservative military intelligence unit drafted a memo in spring 2017 on mobilizing army units to suppress anti-government demonstrations in the event that the Constitutional Court overturned President Park Geun-Hye’s impeachment. The document hinted at the possibility of martial law and even a military coup.

Although a military coup is very unlikely to succeed in South Korea, such scenarios are far more commonplace in countries where a real “deep state” of anti-democratic forces is more powerful – such as Montenegro, Burkina Faso, Thailand, and Libya.

In the United States or Poland or Austria, however, the “deep state” doesn’t exist. It’s just a convenient story that leaders tell to scare the people and consolidate their own power. Enough Americans were fooled by Trump’s lies in 2016 to elect him. Let’s hope that they won’t be fooled again by his “enemies list” and his latest set of lies about the “deep state.”