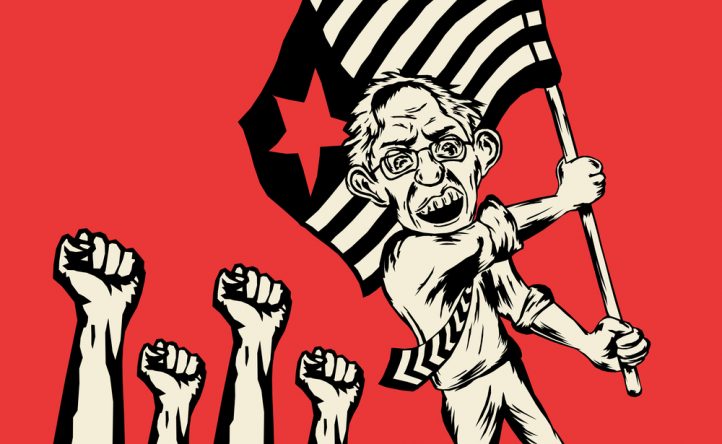 In his recent speeches and articles, Bernie Sanders has been talking about forming a Progressive International.

The alt-right, thanks in part to Steve Bannon, has formed an international network centered in Europe on the National Front in France and the Northern League in Italy. Authoritarian leaders from Vladimir Putin in Russia to Mohammed bin Salman in Saudi Arabia and Benjamin Netanyahu in Israel have formed an informal illiberal axis. Donald Trump is a useful idiot for these overlapping networks.

Progressives, who have long prided themselves on their internationalism, seem suddenly parochial. The end of the Cold War has marginalized inter-governmental networks, like the Non-Aligned Movement and the Group of 77. The World Social Forum continues to take place among representatives of civil society, but its political impact has diminished.

Other networks exist on an issue-by-issue basis — climate change, refugees, LGBT — and they do great work. But a multi-issue global effort focused on an overall progressive agenda that can answer the populist right and serve as a conveyor belt between the grassroots and the left-wing policy arena? You’d have a better chance of finding a yeti.

If urgency were the mother of invention, then a Progressive International would already be up and running. Progressive ideals like civil liberties and multiculturalism are under attack the world over. Worse, right-wing populists have stolen some of the left’s arguments — about the unfairness of international trade, the machinations of foreign corporations, and the corruptions of the political elite — and dressed them up in nationalist clothing.

Also, progressives aren’t fielding the strongest team at the moment. Some of the most charismatic leaders are no longer around. Brazil’s Lula is in jail on corruption charges. Chile’s Michele Bachelet is working at the UN (as high commissioner for human rights). The Scandinavian countries have veered rightward. The great swath of Eurasia from Hungary to China has nary a progressive in sight. The same applies to the Asian littoral from China to Pakistan. Africa hasn’t had progressive leadership since the death of Nelson Mandela.

True, the victories of Andrés Manuel López Obrador (AMLO) in Mexico, Moon Jae-in in South Korea, and Jacinda Adern in New Zealand are inspiring. Syriza hangs on in Greece. Jeremy Corbyn and the Labor Party have a shot at leading the UK. But these are, for the time being, isolated examples. They don’t represent a movement. There’s no pink wave. There’s no green wave. The only waves out there are neo-fascist or the result of climate change.

So, what will it take to turn the vision of Bernie Sanders into reality?

It was remarkable to hear an almost-mainstream American politician, one who came quite close to becoming the Democratic Party’s presidential nominee in 2016, challenge so much of the received wisdom that passes for foreign policy expertise in Washington. It’s better even than what Sanders himself said during the elections, which tended to hew closer to the Democratic Party platform on national security issues.

Sanders spoke of the importance of a people-centered foreign policy, not one that relies exclusively on governments (which may or may not represent its citizens). He continued to insist on the importance of addressing gross economic inequality and the skewed budget priorities that continue to polarize wealth at home and abroad. But he also rightly identified climate change as “a real threat to every country on earth.” He spoke of the importance of human rights, of diplomacy, of strengthening international institutions.

Sanders listed many of the mistakes the United States has made in its foreign policy in the past, from the Vietnam War and destabilization of Iran and Chile to the Iraq War and the current support for Saudi Arabia’s pummeling of Yemen. He also identified other bad actors in the global arena, notably Russian President Vladimir Putin. Finally, he devoted some time to what the United States has gotten right, from the Marshall Plan to the Iran nuclear agreement.

What was missing from this speech — and from others like a more recent address at the School of Advanced International Studies at Johns Hopkins — were bold new proposals. Sanders is full of fighting spirit, but his stance has been largely defensive: against Trump, Putin, the Saudis, and so on. He hasn’t offered any new global strategies: no new Global Economic Compact or Green Marshall Plan, nothing comparable in international relations to his proposal to make college tuition free.

Of course, neither he nor the Democrats are in a position to implement anything at the moment. But the problem runs deeper.

Sanders has a Eurocentric bias. His speech in Fulton didn’t mention Africa, and he barely talked about Latin America or Asia. And when he did discuss Asia, his analysis of the North Korea situation was neither bold nor original, just warmed-over Obama administration policy: chastising Pyongyang for not negotiating in good faith and falling back on the default position: more sanctions. In later speeches, he could have called out the Trump administration for failing to support such inter-Korean efforts as economic cooperation and a no-fly zone over the border.

Sanders is by no means alone in making this error. In their eagerness to dump on Trump, the Democrats have presented themselves as more hawkish than the president on North Korea.

But the mistake reveals a more significant hole in Sanders’s approach. He’s called for a Progressive International without really sitting down with progressives like South Korean President Moon Jae-in to work out what an agenda might look like for peace and security in Asia. His discussion of migration and trade issues might be similarly altered by a discussion with Mexico’s AMLO.

It’s just within the realm of possibility to imagine Bernie Sanders, or someone with comparable foreign-policy views, becoming president of the United States. But it’s truly difficult to see how America, even if led by such a president, could play an instrumental role in a Progressive International.

No wonder that Sanders has emphasized people rather than governments. Progressive states are thin on the ground, and the United States is far from joining those ranks.

The country doesn’t quite fit into his framework of progressive people versus right-wing authoritarians. China’s a communist state that often behaves autocratically toward its own citizens, belligerently toward neighbors like Taiwan, and with little regard for human rights in its dealings in distant lands.

At the same time, it takes climate change and renewable energy seriously. And it offers a well-funded alternative to what had once been the American way of doing global business through its Asian Infrastructure Investment Bank, its Belt and Road Initiative, and its attempts to coordinate non-Western alliances like the Shanghai Cooperation Organization.

So, would Sanders invite China into his Progressive International or rail against its authoritarian policies?

Obviously, Sanders hasn’t quite adjusted to the new geopolitical reality that power is distributed differently today. Any foreign policy, including a progressive one, has to grapple with large powers like China: negotiating where there are common interests (like climate change) and pushing back where interests diverge (human rights). It has to reckon with the relative decline of U.S. power globally. And it has to come to terms with sometimes unpleasant trade-offs — like negotiating a nuclear deal with North Korea despite its egregious human rights record.

Sanders echoes the Popular Front appeals of the 1940s: the need to link arms with as many people as possible against a dire threat: Trump, global authoritarianism, climate change. The left needs the passion and intelligence of Sanders, particularly at big-tent moments like these when progressives have to woo back many of those attracted to the fantasies of right-wing populists.

But to really win people over, progressives also have to look beyond the immediate threats to offer ambitious global visions and strategies.

China has offered its proposal: state-centered, infrastructure-heavy, often opaque. The neoliberals continue to recommend slashing the state and deregulating markets. The nationalists are bent on capturing the state and redistributing the assets to their cronies all the while invoking their trump card of sovereignty to defy international conventions and rule of law.

What have progressives put on the table?

Sanders has aptly diagnosed the illness. He has identified some of the usual alternatives, like sustainable energy and sensible budget priorities. So, who is out there, hiding like a yeti, but now ready to step forward and marshal the people power to make it a reality — not just locally, not just nationally, but on a truly global scale?

[Note: the original version of this essay misstated the date of the Fulton speech]

John Feffer is the director of Foreign Policy In Focus and author of the dystopian novel Frostlands (out in November 2018).