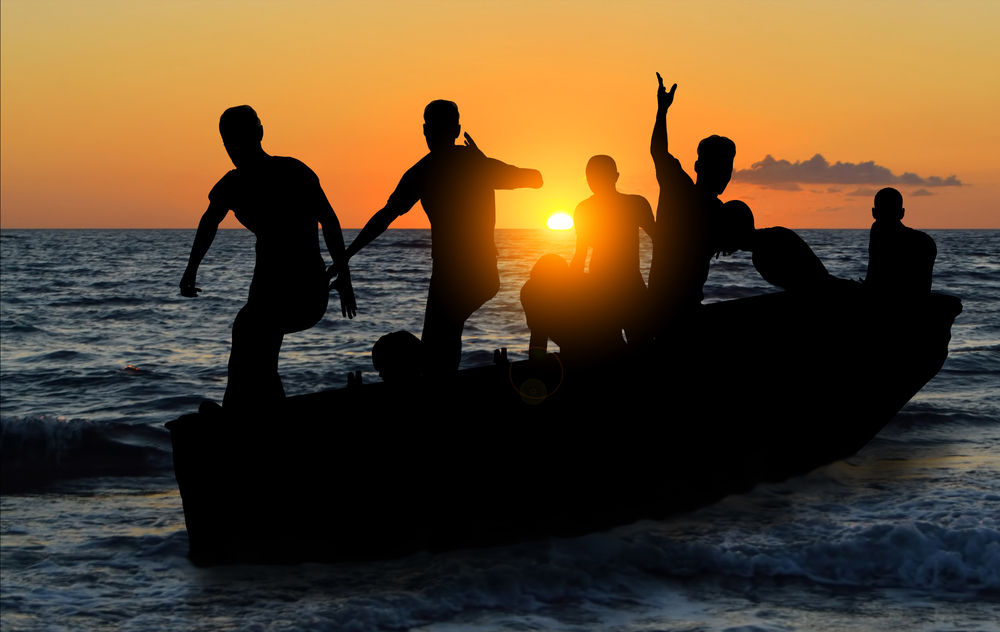 When Politicians Turn Immigration into a ‘Crisis,’ Entire Societies Suffer

A look at Sicily, where political restrictions on immigration are taking their toll on local residents as well as immigrants.
By Megan A. Carney | January 29, 2020

Originally published in The Conversation.

A massive influx of immigrants on the southern border led to record numbers of people entering the country without legal permission, record numbers of migrant deaths and the criminalization of humanitarian workers and activists who assist migrants. Residents have also experienced chronic stress and uncertainty, eroding their sense of security and well-being.

This isn’t the United States. It’s Italy – specifically the island of Sicily, where political restrictions on immigration are also controversial, and are taking their toll on local residents as well as immigrants.

In recent years, many people have left the Middle East and parts of Africa, seeking refuge from political and social instability and the possibility of more prosperous lives in Europe. Sicily is a common point of arrival, as it is a relatively short boat trip from North Africa. However, it is also a highly dangerous crossing, with more than 15,000 migrant deaths recorded since 2013.

In response to the influx, politicians in Italy and across Europe have expressed concern about the number of migrants and refugees. In 2018, they voted in favor of then-Interior Minister Matteo Salvini’s “security decree,” a restrictive policy that seeks to deter more immigrants from coming and limit the freedom to stay of those who have already arrived. The security decree significantly decreased funding to hundreds of migrant reception centers, forcing most to implement widespread layoffs or close entirely, and eliminated most forms of humanitarian protection for asylum-seekers.

My research, which has examined community responses to immigration in Sicily, has found that these policies don’t do much to affect the flow of immigrants, but they do hurt the Sicilians living in the communities where migrants first arrive. A common refrain among island residents is that “Italy and the EU have abandoned Sicily,” especially by withholding financial resources in responding to migration.

Since early November 2019, Italians have taken to the streets and public piazzas to proclaim their support for human rights and their objections to restrictive immigration policies. In particular, they protested against the political rise of Salvini, an anti-immigrant nationalist from northern Italy and leader of a far-right party.

European and Italian leaders – as well as mainstream Italian media outlets – often describe migration as a “crisis” or humanitarian “emergency” that they perceive to threaten various aspects of European society. Yet my research has found that the people who live in the communities receiving migrants in Sicily, and elsewhere in southern Europe, view their situation with much more nuance. Friends and research collaborators remind me that the island has always been a “melting pot,” “receiving migrants for centuries.”

People here frequently regale me with examples of how they share much more with North Africa in terms of their identity than they do with the rest of Italy. As one nonprofit director explained to me, “We do not want to police those arriving and serve as the border guard for Europe.” And, as Palermo’s mayor, Leoluca Orlando, recently told a crowd in Berlin while referring to his own city’s policy of welcoming migrants, “The only way to ensure security is to respect human rights.”

Migration into Sicily from the Middle East and Africa has ebbed and flowed over the past two decades.

Each time there is an influx, local communities have to organize to respond, including preparing search-and-rescue efforts to find migrants whose boats are in bad repair or have sunk, and to help the people when they arrive on land.

Since the 2008 global financial crisis, the youth unemployment rate in Sicily has exceeded 40%. Many young Sicilians I spoke with had been relieved to find jobs as humanitarian workers, translators, administrative staff and legal advocates helping to respond to the migrant influx that really picked up in 2011. They helped arriving migrants off the boats and gave them medical care. They processed individuals as they disembarked by recording their details and initiating applications for immigration status. And they took them to shelters where they could eat and sleep while awaiting decisions on their asylum or refugee applications.

I observed this process during the summer of 2017, a year when nearly 120,000 migrants arrived in Italy, primarily at Sicilian ports.

The coast guard monitors maritime traffic and alerts local volunteer and professional aid groups hours or even days before a migrant ship arrives in a Sicilian port. Aid workers, health officials and local government staff then show up in droves to help compile personal data on each migrant who arrives, set up tents and temporary clinics, and distribute clothes, shoes, water and food.

When Salvini, then the interior minister, banned migrants from coming ashore in Italy starting in 2018, government spending for migrant intake plummeted. Reception centers across Sicily closed. Thousands of logistical and humanitarian workers lost their jobs.

A reception center worker I first met in 2017 was visibly distressed when I visited her in 2019 as she explained how budget cuts and changes to Italy’s immigration policies had led to layoffs among her coworkers and increased responsibility and pressure in her own position. Like many social and assistance workers in Italy’s migrant reception system, she was struggling with chronic stress and depression and did not think she could continue in her job much longer.

Now that Salvini is out of office, migrants are arriving in Sicily again. The people and systems and processes that had been set up to help them have to be rebuilt, mostly from scratch. This scramble to organize people and supplies creates a crisis for local residents as they must coordinate agencies and volunteers to receive migrants at port, identify options for transportation and housing, and locate and petition for the financial resources to sustain these activities.

Megan A. Carney is an Assistant Professor of Anthropology at the University of Arizona.