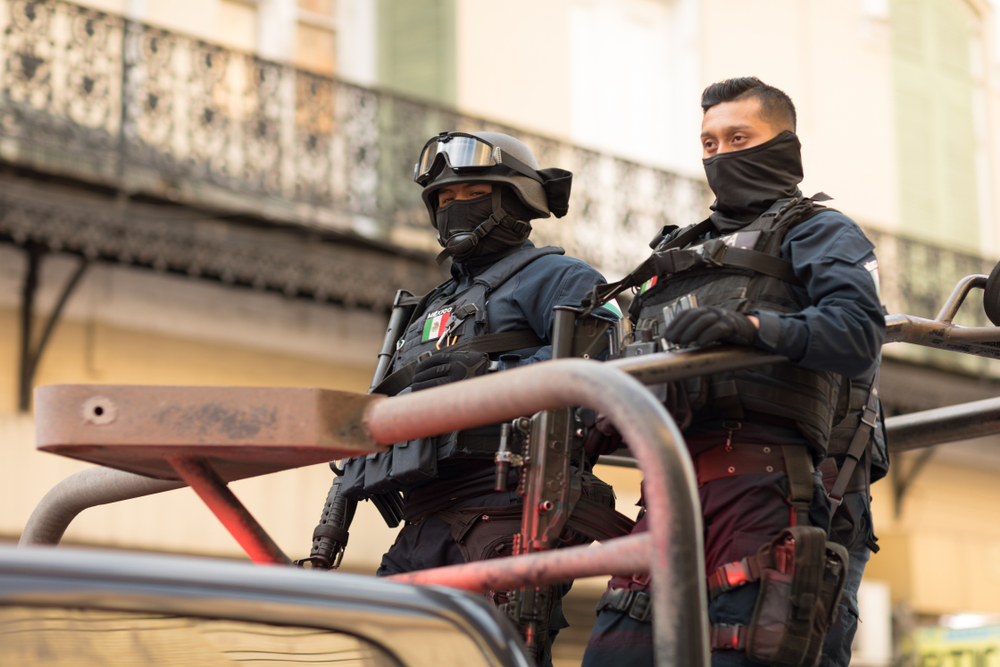 Whistling by the Drug War’s Graveyard

As Mexican President Andrés Manuel López Obrador begins transitioning his country away from its decade-long drug war, which has killed more than 100,000 Mexican citizens since 2006, officials in the Trump administration have remained largely silent about his moves. Washington is continuing its public relations strategy of saying very little about the war while helping Mexican security forces continue to fight it.

“We are whistling by the graveyard if we don’t address and talk about an effective strategy for crushing the drug cartels,” Senator Ron Johnson (R-WI) said during a congressional hearing in April.

To say that the Trump administration has simply been “whistling by the graveyard” as violence increases is not entirely accurate, however. Although the administration has kept mostly quiet about the growing violence, it has been working closely with Mexican military forces to crush the country’s drug cartels, exactly as Senator Johnson demanded.

As one of his very first moves in the White House, President Trump urged then-Mexican President Enrique Peña Nieto to “knock the hell” out of the cartels, even proposing a U.S. military intervention. “Our military will knock them out like you never thought of,” Trump said.

The drug war began in December 2006, when then-Mexican President Felipe Calderón began deploying tens of thousands of Mexican military forces across Mexico. Calderón’s move sparked a dramatic increase in drug-related violence, leading to some of the worst violence in Mexican history.

Although Mexican officials have often portrayed the violence as a matter of criminals killing criminals, human rights officials have insisted that the country’s military forces have killed countless civilians. Daniel Wilkinson, the managing director of the Americas Division at Human Rights Watch, wrote last year about “a vast cover-up” by the Mexican government to hide the truth about the violence, particularly its impact on civilians.

With the additional funding, U.S. military forces have extensively trained the Mexican Marines, who have grown more lethal over the past several years. “I am proud of the fact that every Mexican Marine has trained with a U.S. Marine,” U.S. General Terrence J. O’Shaughnessy, the Commander of U.S. Northern Command, told Congress earlier this year.

Not everyone has looked as favorably on the growing ties between U.S. and Mexican military forces, however. Last month, Mexican President Andrés Manuel López Obrador (AMLO) called for a complete overhaul of the Mérida Initiative, saying that the program should be reoriented to provide Mexico with funding for economic development rather than military assistance.

So far, officials in the Trump administration have said very little about AMLO’s proposal. President Trump is trying to maintain the impression that the war will continue, insisting that the Mexican government is going to intensify its operations against the cartels. “I think Mexico is going to start hitting them much harder,” the president recently commented.

In fact, some signs indicate that AMLO intends to keep fighting the war. Although he has declared an end to the drug war, even proposing the decriminalization of all drugs, he has overseen the creation of a new National Guard to take over military operations.

Human rights organizations, which have strongly criticized the move, argue that it perpetuates the failed strategies of past administrations. Earlier this year, a coalition of international organizations called on AMLO to consider alternatives.

As the debate continues, officials in Washington and their supporters in the U.S. mass media have remained largely silent. Although the drug war continues to produce record-breaking violence, U.S. officials appear content to keep “whistling by the graveyard,” as they continue funding the very same programs that have been driving the violence for so many years.

This year, Congress provided another $145 million for the Mérida Initiative, providing $68 million more than the White House requested, according to a report by the Congressional Research Service. “There has been bipartisan support in Congress for the Mérida Initiative, which has accounted for the majority of U.S. foreign assistance to Mexico provided over the past decade,” the report noted.