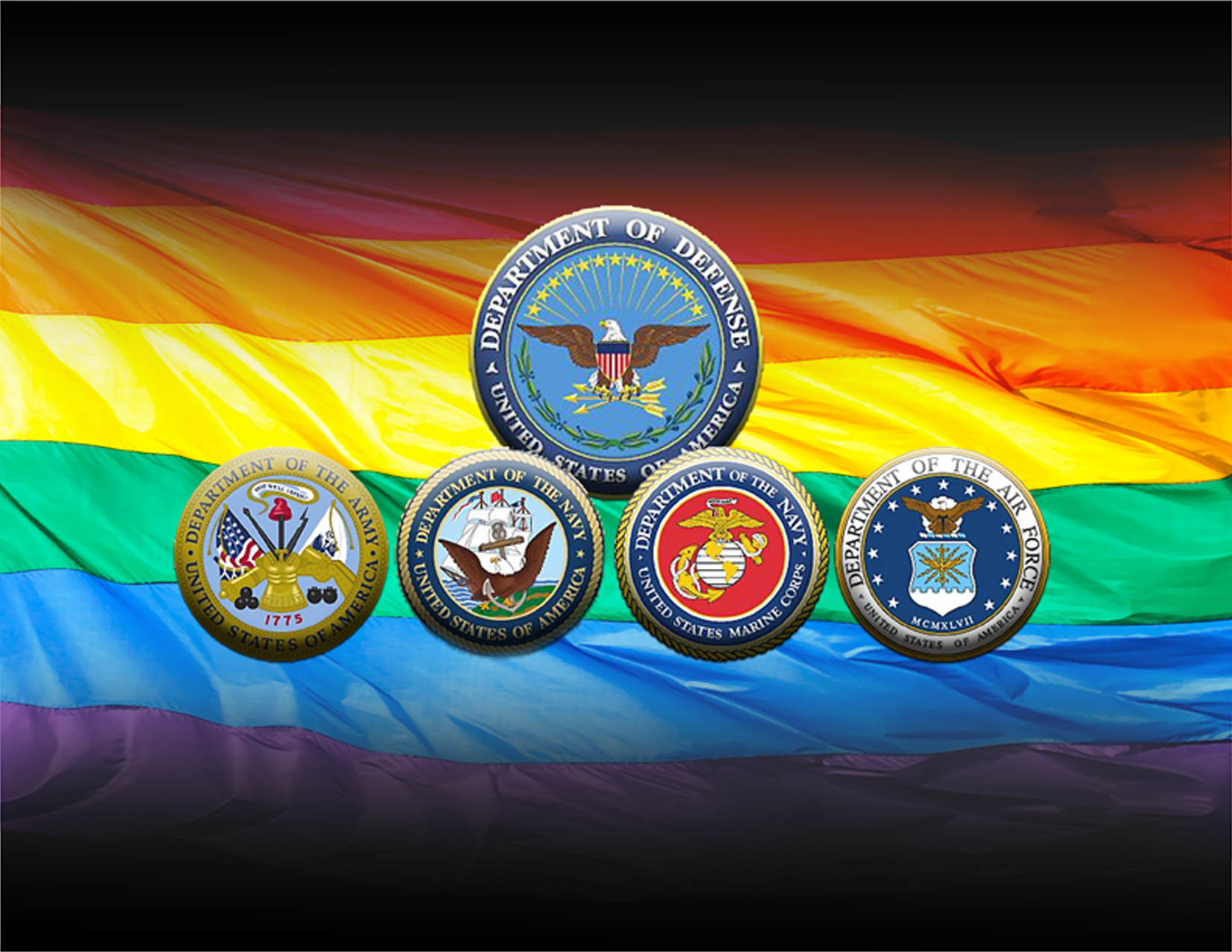 Why Anti-Imperialists Should Support Trans Soldiers

In an imperialist nation, the military represents what that nation feels is its truest self. Don't let Trump write trans people out of it.
By Laurie Richards | July 27, 2017

President Trump’s sudden announcement that he will ban trans people from the armed forces has enraged progressives concerned with LGBTQ representation in the military. This poses an especially difficult situation for trans people (and allies) skeptical of U.S. foreign policy: How do we engage with the White House’s egregious bigotry while refusing to cede trans-inclusivity to imperialist narratives?

There is no better PR for the modern imperialist adventure than a bit of “pinkwashing”  —  the act of a company or government institution presenting itself as LGBTQ-friendly in order to downplay or distract from oppression it causes. Wealthy nations with a big financial stake in the military industrial complex depend on pinkwashing to justify violence they inflict abroad as well as on their own citizens.

American imperialism in particular has enjoyed an ascendency of queer and trans inclusion in recent years, becoming a key cultural component in the legacy of both former President Obama and former Secretary of State Hillary Clinton. It’s not difficult to note how this appeasement of liberals at home helped Obama to maintain and expand George W. Bush’s global War on Terror, no matter the egregious harm this has had on LGBTQ civilians in targeted countries such as Iraq — or the fact that this happens most often in formerly colonized nations, where abuse of LGBTQ citizens originated in colonial dictates from Europe and America.

Anti-imperialists are right to deride such violent propaganda, and ultimately allowing trans people to simply to be tokenized by the military industrial complex will never be a pathway to liberation. However, it would be a terrible mistake to think that transgender representation in the military has no impact on our rights in wider society.

Typical to form, President Trump has acted in a way that enables fascistic tendencies but without design or intention — just his bizarrely intense personal spite for his predecessor. In any case, erasing trans people from any institution that society regards as important (which is certainly true of the U.S. military) is about defining who is and isn’t an essential part of the “nation.” Regardless of intent, such an act is necessarily a reconstitution of fascism.

This point requires some historical context.

Some of the most famous images of the 1933 Nazi book burnings are of the Institut für Sexualwissenschaft, a vast and groundbreaking library of scientific literature which studied trans people as ordinary humans with a treatable hormone imbalance, rather than as mental patients or perverts.

Hirschfeld’s library was one of the main targets of the Nazis precisely because fascism depends on rigid gender roles in society. This is why the far right has always loathed trans people: By demanding the right to exist as ourselves, we offend the very core of authoritarian nationalism, which requires unquestioning subservience to the gender role assigned to you at birth by the state and by the patriarch.

Obviously it is impossible to ever eliminate trans people from existing in nature, but the Nazis succeeded in denying that existence from stepping fully into the world, your world, for two generations. To be clear: The only reason trans people feel “new” to you now, the only reason our visibility in public is a recent development, is because evil men deliberately purged us from public existence. The environment of abuse that trans people receive today is underpinned by two lost generations where we could have been scientifically understood but were not.

American culture prioritizes its military over civilians, which is anathema to the anti-imperialist worldview. It should not be so. But regardless, in an imperialist nation, the military represents what that nation feels is its truest self. Removing trans people from the military works to remold America’s conception of gender in general. It creates the terrain on which it becomes straightforward to erase us everywhere else. If we are banished from our country’s most revered institutions, we can easily be banished from its bathrooms.

“As a Black trans woman in America, I would in no way want to be a pawn in that game at all,” L’lerrét Jazelle Ailith wrote in response to Trump’s ban, “but the fight for trans inclusion in the military hasn’t just been about us fighting ‘for our country’ — it’s more about us being able to have access to resources and choices.”

“It is my fear that the white LGBT+ infrastructure will mobilize around repealing this ban and use all resources and tactics to fight that one particular angle whilst ignoring the needs of the most marginalized,” she continued. “If transgender health care is such a burden to a [military health] system with a $49.3 billion budget — and will only cost at most $9 million — what will happen to the trans folks currently serving as federal workers in other capacities? What is the state of trans healthcare then?”

Anti-imperialism is not concerned with nations, only the vast multitudes of people within them. Nationalism is nothing more than a way to organize self-loathing and fear of the other. But if you allow wicked elites to make the existence of trans people an unfortunate nuisance rather than a fact of life, you are saving precisely no one from repression, and precisely no one from fear of the other.

Dehumanizing a trans soldier for being trans also means dehumanizing black and brown trans women who live in constant fear of murder. It means they have even less power to get jobs, to get health care, to get cops to stop brutalizing and abusing them just because they can.

If anti-imperialism, to you, means shrugging at the poverty of trans veterans while a 21st century book burning is once again attempting wipe our community’s most vulnerable people from existence, I have to ask: What empire are you actually resisting? Because applauding your own heroism while letting them die sure feels like an empire from where I’m standing.

Laurie Richards is the founder of The Leveller.