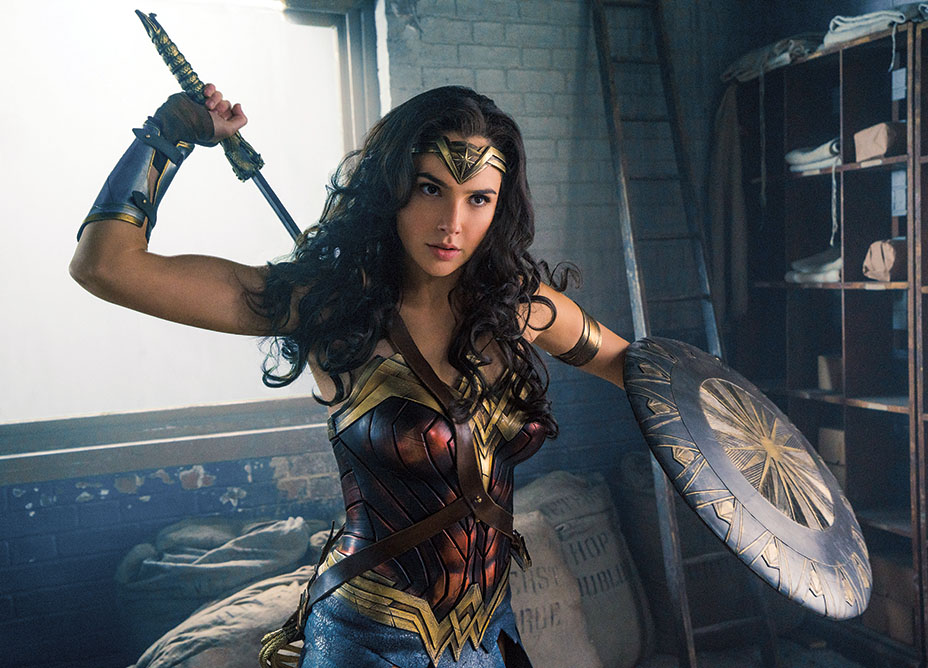 As a Palestinian, I can't set aside my identity for two hours and root for an actor who spoke up for violence against people like me.
By Razan Azzarkani | July 6, 2017

If you’re anything like me, the release of a new superhero movie is one of the few things that will make you willingly spend $15 on a movie ticket without cringing too much. As a self-identified comics nerd and feminist, a Wonder Woman movie especially should have thrilled me.

Finally, this superheroine, who since her origin has been hailed as a symbol for female empowerment, is getting her time to shine in the Hollywood spotlight. And women everywhere are finally seeing themselves represented onscreen in a comic book superhero world that’s still dominated by men.

And they’re really turning out: Wonder Woman has already brought in over $600 million worldwide, putting it on track to be the highest-grossing film ever directed by a woman.

So, why can’t I bring myself to see it? Let me give a little context.

While it can seem contradictory given her status as a crime-fighting superhero, the original Wonder Woman (alter ego Diana Prince) — an Amazonian descended from Greek gods — is a heroine that embodies peace, love, and truth over violence and war. Since her first appearance in the 1940s, she’s symbolized self-reliance and the strength of women.

So naturally, Wonder Woman has been hailed as a significant moment for women in cinema. Chris Nashawaty of Entertainment Weekly had this to say about it: “How deliciously ironic that in a genre where the boys seem to have all the fun, a female hero and a female director are the ones to show the fellas how it’s done.”

Reviews for Gal Gadot, the actress playing Wonder Woman, are equally praiseful. Rafer Guzman from Newsday hails her “titanium-strength” performance, while Kate Erbland of IndieWire lauds the “gravitas and emotion” the Israeli actress brings to her character’s “insistence on battling for humanity (no matter how frequently they disappoint).”

Ironic that this movie, starring Gadot — a woman who served as a combat trainer for the Israeli Defense Forces — is being hailed as a triumph for humanity. Ironic that Gadot, who publicly stated her support for the IDF during some of its most controversial periods, seems to be personally against everything her character stands for.

As a feminist, I’d love more than anything to be excited about this movie. But as a Palestinian, I can’t set aside my identity for two hours and root for a character that now feels deeply compromised to me.

Israel has repeatedly transgressed upon the rights of Palestinians as people, particularly in its actions towards the Gaza strip. In the summer of 2014, as Israel launched an assault on Gaza that killed 1,500 civilians and wounded and displaced tens of thousands more, Gadot voiced her support for the IDF in a since deleted post on her social media. “I am sending my love and prayers,”  she wrote, “to all the boys and girls who are risking their lives protecting my country against the horrific acts conducted by Hamas, who are hiding like cowards behind women and children… We shall overcome!!! Shabbat Shalom!”

There are a few reasons I disagree with this specific post, but none of them have anything to do with Gadot being Israeli. It’s completely within her right to show support for her fellow Israelis, and I have no love for Hamas. What is problematic, however, is her stance that the IDF was justified in attacking Gaza because of Hamas’ alleged use of human shields, an idea that was debunked by reputable human rights groups.

In fact, while they also criticized Hamas, Human Rights Watch and Amnesty International both reported on Israeli war crimes during the 2014 conflict, in which the IDF repeatedly targeted civilians in schools and hospitals. Most of the civilians killed were women and children, the same group of people Gadot claimed needed freeing.

Of course, there’s a history here.

My family comes from Palestine, specifically from the city of Ramallah. Israeli forces pushed them out shortly after the 1948 war. They were forced to leave behind the only world they knew, walk to neighboring Jordan, and start a new life with nothing but the clothes on their backs and fears of the unknown that lay before them.

I’m not saying that someone who comes from the other side of that conflict, or someone whose views differ from my own, shouldn’t be able to become an actress or make movies. That would be ridiculous.

But for those calling Gadot a champion for women’s rights and a trailblazer for more feminist, female-led movies, I have to wonder: Is that feminism for everyone? Does it include women in Gaza and the West Bank, and women like me?

Truthfully, it feels like we’ve been swept to the side by white feminists eager to praise this movie at its surface level.

Yet despite it all, I’m conflicted. I’d be lying if I said it didn’t warm my heart to read about little girls dressed as Wonder Woman in awe to see a strong, female superhero representing them. I want them to see themselves onscreen and to know that women can absolutely be trailblazers and leaders. I just wish it wasn’t someone like Gadot at the center of all this.

So, for the first time ever, I’ll be keeping my $15 in my wallet and will not enthusiastically wait in line to see a superhero movie. My feminism is for everyone, and I can’t turn it off to see Gadot and her film receive applause for feminism they don’t deserve.

Razan Azzarkani is a Next Leader at the Institute for Policy Studies.