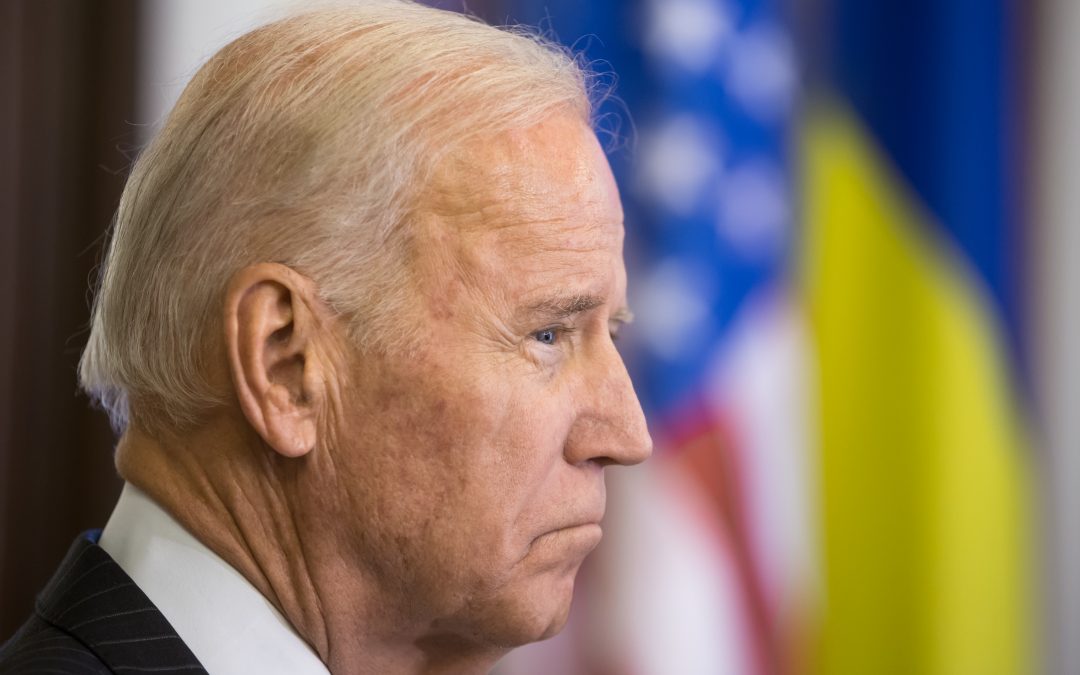 On the domestic front, Joe Biden is flirting with transformational policies around energy, environment, and infrastructure. It’s not a revolution, but it’s considerably less timid than what Barack Obama offered in that pre-Trump, pre-pandemic era.

When it comes to foreign policy, however, the Biden administration has been nowhere near as transformational. The phrase Joe Biden has used so often is: America is back. That sentiment certainly captures some aspects of Biden’s relationship with the international community, such as repairing relations with the World Health Organization and rejoining the Paris climate accords. In these ways, the administration has brought America back to the status quo that existed before Trump was unleashed on the world stage.

But on some very important issues—China, Iran, Cuba, North Korea—Biden hasn’t managed to restore even the previous status quo. His approach to military spending and the arms race is decidedly hawkish. His message on immigration, as expressed by Vice President Kamala Harris on a visit to Guatemala earlier this month, effectively erases the inscription on the Statue of Liberty by telling potential border crossers in the region to stay home.

Okay, foreign policy is not a winning issue at the ballot box, and Biden certainly has a lot on his agenda. But even the notoriously cautious Obama took some courageous steps with Tehran and Havana.

It’s possible that Biden is focusing on America first before turning to the world as a whole. It’s also possible that he’s simply not interested in altering U.S. foreign policy in any significant way beyond removing U.S. troops from Afghanistan. True, it was exhilarating to have a conventional president again after Trump. But “conventional,” when it comes to U.S. foreign policy, is just not good enough.

If the Biden administration’s overriding domestic preoccupation is the sustainable economy, then its dominant foreign policy obsession is China.

Biden and Xi have spoken only once—by telephone in February. Xi participated in Biden’s virtual climate confab in April. They are likely to meet face to face sometime this year, possibly around the G20 summit in Rome in October. There’s been talk of greater cooperation on addressing the climate crisis. And there haven’t been any overt military confrontations in the South China Sea or elsewhere.

But otherwise, Biden and Xi have not really gotten off on the right foot. It was a no-brainer for the new Biden administration to lift the Trump-era tariffs on Chinese products and de-escalate the trade war that unsettled manufacturers and consumers on both sides of the Pacific. The Biden team is ostensibly doing a review of U.S.-China trade policy with a focus on whether Beijing has met its commitments under the “phase one trade deal” signed back in January 2020 (so far, it’s been a mixed record of China meeting some targets for U.S. imports and missing others).

The review is more than just bean-counting. In a marked departure from the usual neoliberal trade talk coming out of Washington, U.S. Trade Representative Katherine Tai has said, “I want to disconnect this idea that the only way we do affirmative trade engagement, trade enhancement is through a free trade agreement.” Tai prefers to operate according to a “worker-centric trade policy” that evaluates China on issues of forced labor, workers’ rights, and the environment.

A more nuanced approach to trade is all to the good, of course, and Tai should be commended for breaking with the Washington consensus.

But taken in conjunction with other Biden administration policies, the reluctance to lift tariffs on Chinese goods is part of a full-court economic press on the country. The Biden administration has effectively continued the Trump approach of not only lining up allies in the region to contain China (the Quad, the Blue Dot Network) but enlisting European countries as well to join the bandwagon. In his recent trip to Europe, Biden corralled the G7 to create the Build Back Better World (B3W) initiative, a purported alternative to China’s Belt and Road infrastructure program, and twisted some arms to get NATO to prioritize China as part of its mission.

NATO’s new emphasis on China reflects the Pentagon’s shift in focus. Trump might have loudly proclaimed his anti-China animus, but the Biden administration is determined to close what it calls the “say-do gap” by expanding capabilities beyond the Navy to challenge China in the air and above.

China’s moves in Hong Kong, Xinjiang, and the South China Sea are deeply troubling. Nor is Beijing doing nearly enough to green its Belt and Road Initiative. But the Biden administration needs to think creatively about how to leverage China’s own multilateral aspirations in order to address global problems. Trade tensions and disagreements about internal policies are to be expected. Yet, the Biden administration has an urgent and historic opportunity to work with China (and everyone else) to remake the international community.

Another no-brainer for the Biden administration was reviving the Iran nuclear agreement that Trump tried to destroy. Granted, it was tricky to unwind the sanctions against Tehran and address Iran’s demands for compensation. It wasn’t easy to reassure the Iranian leadership of the sincerity of U.S. intentions given not only Trump’s past hostility but the current animosities of congressional Republicans. And there was also Israel, which was doing everything within its power to scuttle diplomacy up to and including sabotaging Iran’s nuclear facilities and assassinating Iranian scientists.

These obstacles notwithstanding, the Biden team could have gotten the job done if it had started earlier and been more flexible. Not wanting to open itself up to criticism from hawks at home, however, the administration argued for a mutual, step-by-step return to the agreement. By contrast, Iran quite sensibly argued that the United States, since it attempted to blow up the agreement, should be the first to compromise by removing sanctions, a position that some U.S. policymakers have also supported.

Meanwhile, the Biden administration is continuing a tit-for-tat confrontation with militias aligned with Iran. This week, the administration launched airstrikes against facilities on the Iraq-Syria border from which these militias have allegedly attacked U.S. bases in Iraq. U.S. forces in Syria subsequently came under rocket fire.

Why are there still U.S. solders in Iraq and Syria? Didn’t the Biden administration commit to ending America’s endless wars? Although U.S. forces are scheduled to depart Afghanistan in September and Washington has pledged to remove troops from Iraq as well, negotiations around the latter have yet to produce a timetable.

Removing the 2,500 U.S. soldiers from Iraq would please the government in Baghdad, remove an irritant in U.S.-Iranian relations, and take U.S. personnel out of harm’s way.

Getting Nowhere with Cuba and North Korea

Late in his second term, Barack Obama orchestrated a bold rapprochement with Cuba. After lifting financial and travel restrictions, Obama visited the island in March 2016 to meet with Cuban leader Raul Castro. It wasn’t a full opening. Washington maintained a trade embargo and refused to close its anomalous base in Guantanamo. But it was a start.

Donald Trump brought a quick end to that fresh start by re-imposing the restrictions that Obama had lifted.

As Karen de Young writes in The Washington Post, “Under Trump restrictions, non-Cuban Americans are still prohibited from sending money to the island. Cruise ships are banned from sailing from the United States to Cuba, and the dozens of scheduled U.S. commercial flights to Cuban cities have largely stopped. Tight limits remain in place on commercial transactions.”

The reason for the new administration’s lack of action, beyond its concerns about human rights in Cuba and its fear of Republican opposition in Congress, boils down to domestic politics. Robert Menendez, the Democratic senator from New Jersey who never liked the Obama-era détente with Cuba in the first place, represents a key obstacle in Congress. And public opinion in Florida among Cuban-Americans, which had swung in favor of rapprochement during the Obama period, has now swung decisively in the other direction, thanks to a steady diet of Trumpian demagoguery.

Here, the Biden administration could try something new by closing Guantanamo. The administration is already launching a quiet effort to close the detention facility at the base by resolving the status of the several dozen inmates. He should go even further by rebooting Guantanamo as a center for U.S.-Cuban environmental research, as scientists Joe Roman and James Kraska have proposed.

North Korea, meanwhile, is the one place in the world where Trump sought to overturn decades of U.S. hostility. His attempts at one-on-one diplomacy with North Korean leader Kim Jong Un didn’t achieve much of anything, but it still might have served as a foundation for future negotiations.

Biden has instead followed the script of all the administrations prior to Trump: review policy, promise something new, fall back on conventional thinking.

The administration finished its review of North Korea policy in April. Biden rejected his predecessor’s approaches as misguided. And he has relied on the usual big-stick-and-small-carrot policy that stretches back to the 1990s. On the one hand, he extended sanctions against the country and has maintained a military encirclement. On the other, his emissaries have reached out to Pyongyang, with special representative for North Korea Sung Kim saying this month that the United States would meet with Pyongyang “anywhere, anytime, without preconditions.”

“Without preconditions” is fine. But what about “with incentives”?

Because of the COVID-19 pandemic, North Korea is more shut off from the world than usual. It is preoccupied with the economic challenges associated with its increased isolation. In his annual address in January, Kim Jong Un made the unusual admission that the government’s economic program fell short of its goals. More recently, he has said that his country is “prepared for both dialogue and confrontation, especially … confrontation.”

Biden should focus on the first half of Kim’s sentence. South Korea’s progressive president Moon Jae-in, nearing the end of his own tenure, very much wants to advance reconciliation on the peninsula. Instead of beefing up its military containment of the isolated country, Washington could work with Seoul to break the current diplomatic impasse with a grand humanitarian gesture. Whether it’s vaccines or food or infrastructure development, North Korea needs help right now.

It’s still early in the Biden administration. Remember: Obama didn’t achieve his major foreign policy achievements in Iran and Cuba until later in his second term. Biden no doubt wants to accumulate some political capital first, by repairing relations with allies and participating in multilateral fora on the global stage and achieving some economic success on the home front.

The administration’s position on military spending, however, suggests that Biden is wedded to the most conventional of thinking.

The United States is poised to end its intervention in Afghanistan and reduce its commitments in the Middle East. It is not involved in any major military conflicts. Everyone is wondering how the administration is going to pay for its ambitious infrastructure plans.

So, why has Biden asked for a larger military budget? The administration’s 2022 request for the Pentagon is $715 billion, an increase of $10 billion, plus an additional $38 billion for military-related spending at the Energy Department and other agencies.

True, the administration is hoping to boost non-military spending by a larger percentage. It is planning to remove the “overseas contingency operations” line item that funded the wars in Afghanistan and Iraq.

But if there ever was a time to reduce U.S. military spending, it’s now. The pandemic proved the utter worthlessness of tanks and destroyers in defending the homeland from the most urgent threats. Greater cooperation with China, a renewed nuclear pact with Iran, and détente with both Cuba and North Korea would all provide powerful reasons for the United States to reduce military spending.