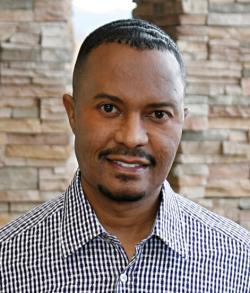 Why Africa Is Turning to China

China portrays Africa as a partner in common prosperity, rather than a "doomed continent" requiring aid.
By Kwei Quartey | December 20, 2012

Ghana held its general elections on December 7 and 8, 2012, reelecting incumbent President John Dramani Mahama. However, Nana Akufo-Addo, flag-bearer of the opposition New Patriotic Party, is challenging Mahama’s narrow win and intends to contest the result in court, a legal process that is sure to be prolonged. The verdict could potentially challenge Ghana’s generally stable and peaceful political environment. What will not change are the country’s close economic ties to China.

On my trip to Ghana in 2011, I observed Chinese foremen at the construction sites of the now completed George W. Bush Highway. The massive Ministry of Defense building in Ghana’s capital, Accra, was constructed with a $50-million Chinese grant. The Bui Hydroelectric Dam is a collaborative project of the government of Ghana and Sino Hydro, a Chinese construction company. In 2012, China invested in a new Ghanaian airline that serves domestic routes, and it is likely that the China Airports Construction Corporation (CACC) will be involved in building Accra’s new international airport.

But Ghana is not the only African country in which China operates. Indeed, China is the largest financier on the entire continent. Chinese corporations, financial institutions, and the government have invested billions of dollars in large new dams, for example.

A common charge is that Chinese companies prefer to bring in Chinese employees (and even prisoners) to work on African projects, rather than relying on a local labor force. But Zambian economist Dambisa Moyo maintains that in Zambia, at least, the ratio of African to Chinese workers exceeds 13:1, and that there is no evidence of Chinese prisoners working there.

As African countries like Ghana search for infrastructure improvements to accelerate their economic growth, China has sidelined the role of the West on the continent.

A fundamental question is how China’s model of economic activity in Africa differs from the approach of Western countries, and whether Africa is better off for it. World Bank analyst David Dollar points out that the West has by and large gotten out of hard infrastructure projects, which is where China concentrates its activity, particularly in power and rail.

A 2009 World Bank report estimated that Chinese financial commitments to African infrastructure projects rose from less than $1 billion per year in 2001–2003 to around $1.5 billion per year in 2004–2005, reaching at least $7 billion in 2006. In July 2012, Chinese President Hu Jintao offered $20 billion in loans to African countries over the next three years. The estimate for total Chinese investment from 2010 to 2012 is $101 billion.

How good is all this for Africa? U.S. Secretary of State Hilary Clinton has not been sanguine about her opinion of China’s role in Africa, implying during her Africa trip in August 2012 that China is unconcerned about democracy and human rights on the continent—compared to the United States, which she says is committed to “a model of sustainable partnership that adds value, rather than extract[ing] it.” In Zambia, she warned of a “new colonialism” threatening the African continent, adding, “We saw that during colonial times, it is easy to come in, take out natural resources, pay off leaders, and leave.”

In July 2010, the Chinese ambassador to South Africa, Xian Xuejun, criticized Western politicians and media who “make irresponsible remarks on China-Africa relations.” After all, when it comes to colonialism and neocolonialism alike, the West’s record has hardly been spotless. We need only be reminded of the cozy relationship between the United States and the ruinous Congolese dictator Mobutu Sese Seko, one of many authoritarian rulers on the continent to have been propped up by Washington.

China’s record in Africa will remain mixed and subject to debate, but what happens on the ground in the everyday dealings between Africans and the Chinese will shape the consensus. Stories of dangerous skirmishes can tarnish either side, but the reputation of the Chinese will ultimately rest upon whether China delivers what is best for the continent.