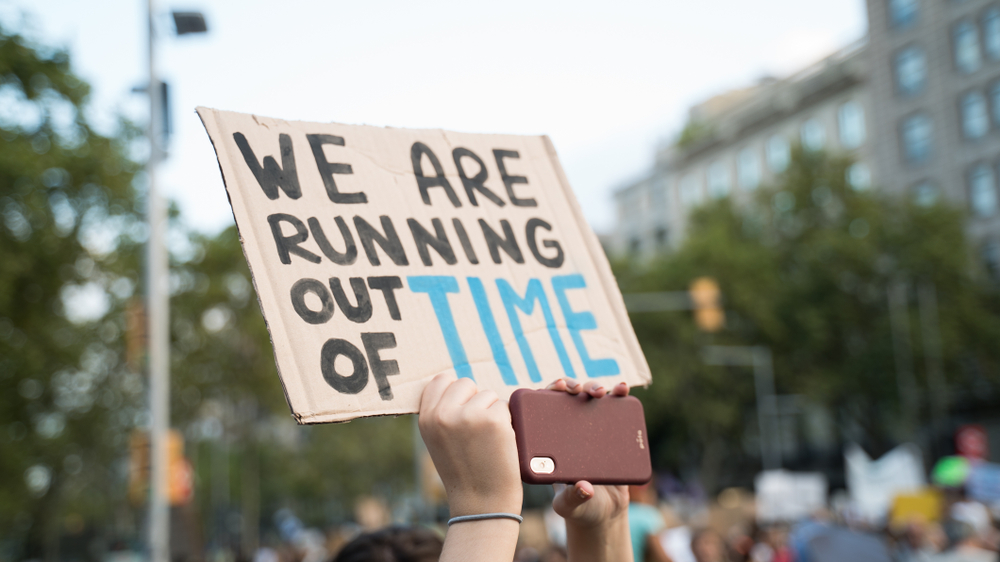 Will 2022 Mark the Turning Point in the Climate Crisis?

Carbon emissions continue to rise, but this year the international community might finally be getting serious about climate change.
By John Feffer | August 24, 2022

Over the last six months, the world took a giant step backward in its efforts to address the current climate crisis. In February, after finally reversing its position and pledging to become carbon-neutral by 2060, Russia invaded Ukraine and set off a panic around access to fossil fuels. In March, South Koreans voted out an administration that had put a Green New Deal at the center of its agenda in favor a new president whose idea of a sustainable energy transition was to build more nuclear power plants.

And in the United States, the Biden administration was trying but failing to get any of its climate legislation passed in Congress thanks to the opposition of a senator from West Virginia who owed his personal fortune to the coal industry.

In 2021, carbon emissions rebounded from pandemic lows to reach a new record. Last year, the world sent over 36 metric gigatons of carbon into the atmosphere from fossil fuels alone.

The “recovery” from the pandemic slowdown has continued this year. More disturbing has been the trend of countries to use more coal because of the war in Ukraine. And carbon emissions continue to climb. In May 2022, the Mauna Loa Atmospheric Baseline Observatory measured a record 421 parts per million of carbon dioxide in the atmosphere.

Despite sanctions, Russia is expected to earn $320 billion in energy sales in 2022 as it has redirected its sales away from Europe and toward China, India, the Middle East, and Africa. Meanwhile, the United States and other countries have increased their own energy production to compensate for the reduction in access to Russian oil and natural gas.

Meanwhile, in Korea, the new Yoon administration is indeed moving to revive interest in the nuclear industry, particularly smaller units. But it has not attempted to revise the previous administration’s commitment to achieve carbon neutrality by 2050 or meet interim goals in 2030. Energy companies in South Korea are also slated to source 25 percent of their energy from renewables by 2026, which is a dramatic increase from 9 percent.

In a remarkable turnaround, the Democratic Party in the United States managed to achieve consensus on a major spending bill that includes $370 billion for addressing the climate crisis. Packaged as a way to reduce inflation, the new measure will pour money into communities to facilitate a transition to clean energy along with creating a national green bank to provide additional financing.

So, after a dismal start, will 2022 mark a turning point in humanity’s effort to address the climate crisis? Can we not only stay on target to keep the global temperature increase to under 2 degrees Celsius by 2050 but also begin to take more radical steps to improve the health of the planet?

Let’s start with the United States. The recent Inflation Reduction Act is the largest climate-related piece of legislation in U.S. history. The amount of money slated for the clean energy transition is unprecedented.

But it isn’t enough.

By most estimates, the Inflation Reduction Act will reduce carbon emissions in the United States by 40 percent by 2030 compared to 2005 levels. That’s not quite the 50 percent reduction that the Biden administration has promised, but it’s better than the 30 percent reduction that would have likely taken place without the new legislation.

But the models that have generated the 40 percent number do not account for the resistance to clean energy taking place in the United States. In some cases, that resistance is individual (a desire to keep using a huge recreational vehicle or a Hummer); in other cases, pushback is community-based (a rejection of wind farms or solar arrays). But much of the resistance comes from fossil fuel companies that spread misinformation about climate change and push for laws in conservative-controlled states that make it virtually impossible for cities to mandate changes in housing, utilities, and transportation.

The European Union is doing a little bit better. It is aiming for a 55 percent reduction (below 1990 levels) by 2030, which should enable the 27-country bloc to reach carbon neutrality by 2050. But at least some of this reduction will be a sleight-of-hand maneuver as the EU continues both to outsource its carbon-heavy manufacturing to other countries and to rely on extraction industries in the Global South to provide components currently necessary for solar and wind energy.

And what of the rest of the world?

To reach global carbon neutrality, all countries essentially have to immediately stop all of their oil and coal projects. That’s something that the new government in Colombia is pledging to do. But not too many other countries are following suit.

Even the notion of “carbon neutrality” is flawed, because it allows for countries to use “offsets” to compensate for their continued emissions of carbon. Some of these offsets are legitimate, such as rain forests, but others are essentially tricks of accounting.

If all the world’s countries meet the more stringent pledges made at Glasgow, temperature rise could be kept to a 1.8 percent Celsius rise. But those pledges continue to be voluntary, so there’s no mechanism to enforce compliance. The imperative to grow the economy is overwhelming. When faced with a choice between growth and meeting Paris goals, many countries will choose the former or, at the very least, fudge the latter.

Other obstacles loom. All the carbon we’ve pumped into the atmosphere isn’t going anywhere. The Global North has not provided the resources for the Global South to make a clean energy transition. In narrowly focusing on global warming, we aren’t addressing all the other symptoms of humanity’s overconsumption of natural resources such as biodiversity loss, depletion of ocean stocks, deterioration of soil productivity, and so on.

To save the planet, 2022 has to be the last year that we collectively waste our energies on war, pour state funds into fossil fuel companies, drag our feet in shifting to clean energy alternatives, and fail to assist less well-off communities and countries to leapfrog into a Green future.

The fight to save the planet cannot be a partisan struggle. Embedding carbon reduction goals into government policy, as South Korea has done, can ensure that a change in political administration won’t completely derail progress toward a clean energy future. Then, when visionary leaders do take office, as Gustavo Petro and Francia Marquez have done in Colombia, countries can take even more significant steps forward.

The last six months have been discouraging in so many ways. But there is still time to turn things around and make 2022 a pivotal year in our struggle to save the planet.

John Feffer is the director of Foreign Policy In Focus. This article is part of the new Global Just Transition project.