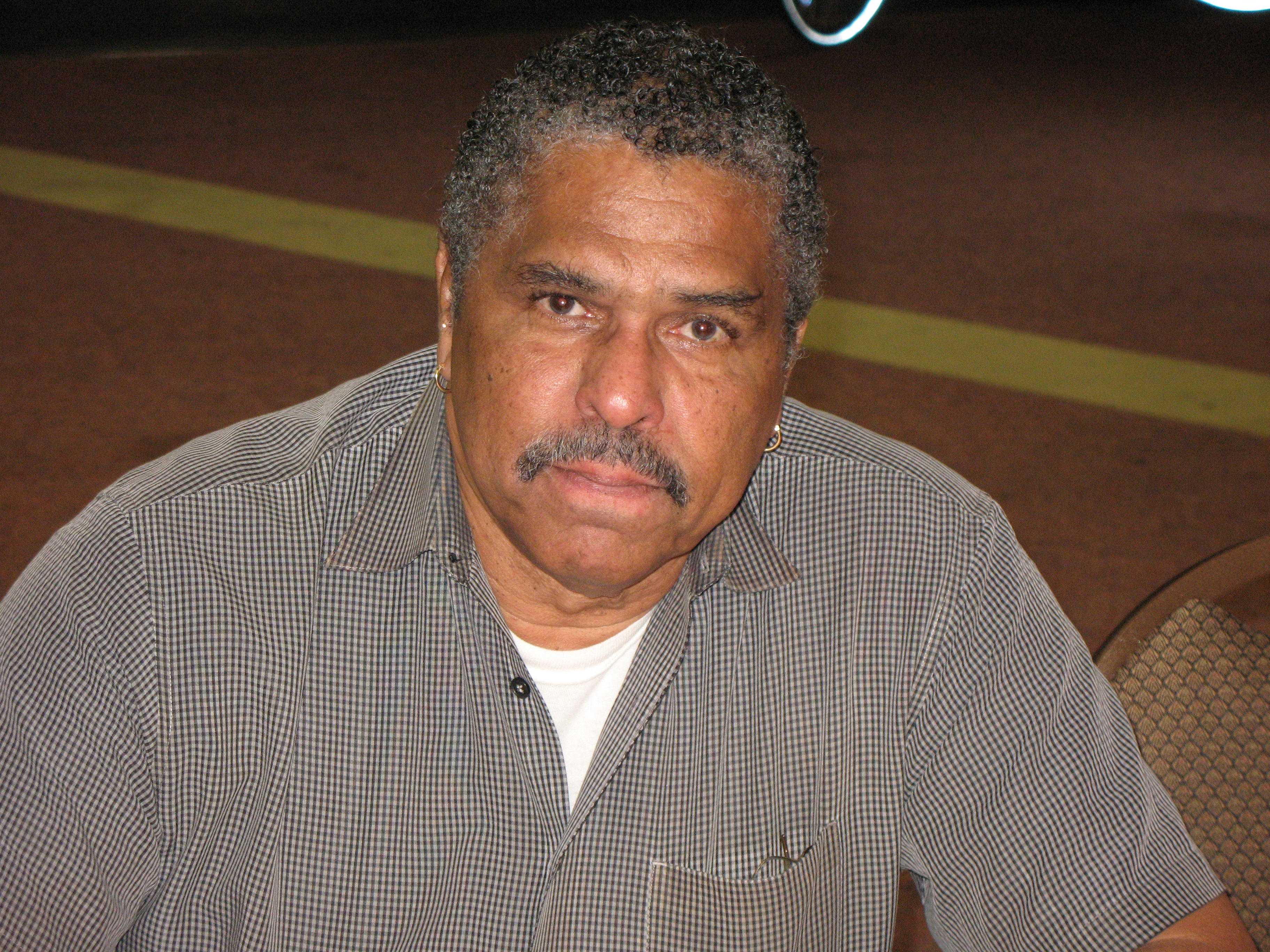 In the upcoming Israeli-Palestinian peace talks, the issue will be what it has always been: will there be an end to the Israeli occupation and an agreement on the borders of a Palestinian state?
By Carl Bloice | July 24, 2013 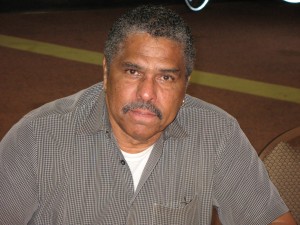 Secretary of State John Kerry has thrown himself back into the Middle East “peace process,” shuttling between various Middle Eastern capitals and trying to coax the Israeli government into reaching some kind of understanding with the Palestinian Authority.

So far it’s only process. But at this point, even process alone gives rise to guarded optimism that some progress has been made.

The two sides have agreed to talk. However, if negotiations do indeed get underway soon, attention will fall on substance, and that is another matter entirely. If, indeed, negotiators end up sitting across the table in Washington next week, the issue will be what it has always been: will there be an end to the Israeli occupation of land seized in 1967 and agreement on the borders of a Palestinian state? If the framework for an eventual regional settlement doesn’t address these issues, there really isn’t much to negotiate about.

New financial assistance for the Palestine Authority, a possible prisoner exchange, and an agreement by the PA to hold off seeking further support at the UN or action in the International Court of Justice could all be important “confidence-building measures.” But the substance of the matter will remain: the occupation. That’s where the rubber meets the road.

Since Kerry began his feverish round of shuttle diplomacy designed to craft a U.S.-sponsored agreement on new talks, the Israeli political establishment—aided by much of the U.S. mass media—has sought to downplay, even ridicule, Kerry’s effort.

First we were told that the Israeli public didn’t care much about the effort, as it was preoccupied with domestic concerns. Then the line went forth that while the Arab world was in political upheaval the U.S. mission made no sense. There were even thinly veiled suggestions that the White House wasn’t behind the State Department’s mission. Wall Street Journal columnist Bret Stephens called Kerry “a fool on a fool’s errand.” Caroline Glick, a former foreign policy adviser to Prime Minister Benjamin Netanyahu who has strong ties to U.S. neoconservatives, wrote that the U.S. secretary of state “looks like a bit of an idiot these days.” Yet Kerry doggedly pursued his objective.

Kerry had clearly employed a package of sticks and carrots to secure what could be a breakthrough. The nine-member Arab League delegation that met with Kerry in Jordan issued a statement saying they “believe Kerry’s ideas proposed to the committee today constitute a good ground and suitable environment for restarting the negotiations, especially the new and important political, economic and security elements.” Kerry is said to have offered the Palestinians a $4-billion package of economic incentives to help get talks started.

That Netanyahu and PA President Mahmoud Abbas had agreed to commence talking had to have come as a shock to many in official circles in Tel Aviv. New York Times correspondent Jodi Rudoren wrote that “the prisoner release — and the larger agreement to resume talks — depended on a vote in the coming days by an Israeli leadership that has been bitterly divided over the issue.” That could qualify as an understatement.

The Western media was quick to note that Israel’s Deputy Defense Minister Danny Danon, a leader of Netanyahu’s cabinet and a prominent leader in the governing Likud Party, has publicly stated that the government would oppose a Palestinian state and that any negotiations to that end would be futile. “Our interest,” said Danon, “is to retain as much territory in Judea and Samaria as possible, placing it under Israeli sovereignty.” He later said the majority in the current governing coalition would never allow the creation of a Palestinian state.

On June 30, Danon was elected chair of the Likud Central Committee.

What has hardly been mentioned in the U.S. media is the fact that Danon’s statements were only part of a broader campaign in Israeli high circles to doom the Kerry effort from the beginning. Israeli Economic Minister Naftali Bennett told the media that the idea of a Palestinian state is “hopeless” and that the attempt to establish one in “our land” is over. Speaking to a settlers’ conference, Bennett urged Israel to “build, build, build” in order to establish an “Israeli presence everywhere.” He called for the rapid annexation of more than 60 percent of the West Bank, and in the words of columnist Roger Cohen in the New York Times, “declared that the land had been Israel’s for 3,000 years, and characterized the quest for a two-state solution as a colossal exercise in futility.”

Deputy Minister of Transportation Tzipi Hotovely has called a two-state solution an “illusion.” On July 19, Deputy Foreign Minister Ze’ev Elkin told Israeli radio that accepting the 1967 border would be suicidal and that he opposed Israeli concessions intended to start negotiations.

“It’s important to negotiate, and even more important for negotiations to be predicated on realism and not illusions,” Netanyahu confidante and former Israeli Foreign Minister Avigdor Lieberman wrote on Facebook. “There is no solution to the Israeli-Palestinian conflict, at least not in the coming years, and what’s possible and important to do is conflict-management.” (Lieberman took a temporary leave from his government posts last December pending the outcome of an investigation involving charges of fraud and breach of trust.)

Housing Minister Uri Ariel reacted negatively to reports of a possible prisoner release. “If the reports in foreign press about agreement to preconditions are true, this is a serious mistake,” he said.

Transport Minister Yisrael Katz of Likud said “no one is thinking seriously of ceding territory” to the Palestinian Authority.

Whether the Kerry mission can produce meaningful progress toward a Middle East peace settlement—which the Obama administration clearly desires—rests to a large extent on what happens on the Israeli side. Is Netanyahu really sold on a two-state solution or is he, as many have suspected for some time, only saying so to placate Washington?

“The major tests still lie ahead,” said the Israeli daily Haaretz. “The ball is now in the court of the two parties, and the main responsibility for moving the talks ahead rests on Israel. Only Israel can put an end to the occupation, which is the key to everything else.”

The Haaretz editors observed that many Israelis would support Netanyahu if he were to act boldly for peace, adding that if he is “truly determined to reach a historic agreement, he will put together a new coalition that will support his moves.”

Kerry’s drive to restart talks was “a moment of opportunity that won’t easily come round again,” British Foreign Secretary William Hague said in May, after a trip to the region. “If this doesn’t work, there is not going to be another moment in American diplomacy that is more committed and energetic to bring about negotiations. So it’s very important—in weeks, not months—to make the most of this opportunity.”

Hague concluded, “I don’t think we’re in a position to say that necessary compromises have already been made, but I think minds are being concentrated. But unless the bold leadership is there to make the most of this opportunity, then we face a truly bleak situation in the Middle East.”

Until that happens it all remains just process.

Carl Bloice
FPIF columnist Carl Bloice, a member of the National Coordinating Committee of the Committees of Correspondence for Democracy and Socialism, is a columnist for the Black Commentator. He also serves on its editorial board.