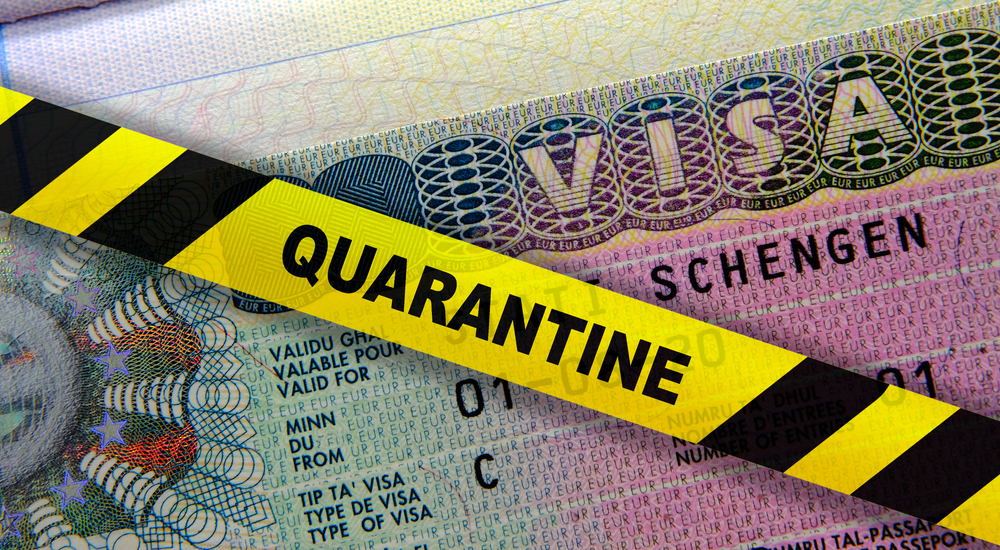 Will the EU Survive the Coronavirus?

Hungary’s authoritarianism, Portugal’s generosity, Italy’s call for solidarity, Germany’s tightfistedness: European responses to the crisis are all over the map.
By John Feffer | April 8, 2020

The most insidious tactic of COVID-19 is to get a person’s body to attack itself. In the worst cases, the body’s autoimmune system essentially goes haywire as it tries to fight off infection. This “cytokine storm” can lead to serious inflammation in the lungs and ultimately to major organ failure.

COVID-19 seems to have had a similar effect on the international system. Instead of working together, the global community started to attack itself. The mechanisms designed to facilitate international cooperation — borders, trade — began to work against this cooperation. In the worst cases, countries began to fight over the very medical supplies that, shared equitably,  could save the largest number of people.

This geopolitical cytokine storm will have long-lasting consequences. One of its casualties may ultimately be the European Union.

The Failure of Regional Responses

In an ideal world, the outbreak of COVID-19 in China would have precipitated a uniform international response.

Every country would have implemented the same protocols the World Health Organization developed after the SARS epidemic, and a global team of experts would have helped China contain the crisis. Then perhaps the world could have dodged the latest pandemic threat and avoided going into the current health and economic tailspin.

Absent a coordinated global response, different regions of the world could still have banded together to fight the infectious disease.

In Asia, each country approached the challenge its own way, virtually all of them better than the U.S. response. Taiwan, despite its proximity to mainland China, has kept the number of infections in the triple digits. South Korea has deployed a sophisticated technological response to flatten the curve after an initial outbreak. What Asian countries didn’t do, however, was pull together as a region. Even putative allies Japan and South Korea took the opportunity to amplify their longstanding feud by trading accusations and imposing mutual travel restrictions. Only recently have China, Japan, and South Korea begun to coordinate their pandemic response.

Latin America, riven by numerous ideological splits, has had wildly divergent responses to COVID-19, from the denialism of Jair Bolsonaro in Brazil and Daniel Ortega in Nicaragua to a strict quarantine in Peru.

Having beaten back several outbreaks of Ebola, African countries have shown a bit more of a cooperative spirit, thanks to institutions like the Regional Disease Surveillance Systems Enhancement project.

Given Donald Trump’s erratic behavior during this crisis, forget about a coordinated North American strategy. In fact, there hasn’t even been a coordinated U.S. strategy coming out of Washington.

Europe should have been different. For decades, the European Union has built up institutional cooperation across economy, politics, and culture. Surely, it would take on an external threat like the coronavirus in a unified manner.

The Case of Italy

Italy was the first hotspot to emerge in the European Union. Within a few days of its first reported case of infection in Lombardy on February 20, COVID-19 was putting an enormous strain on the hospitals of northern Italy. The EU’s response was largely bureaucratic — more consultations. When it came to concrete assistance, the EU had little to offer Italy.

On March 10, only a couple weeks after the appearance of its first case, Italy’s permanent representative to the European Union Maurizio Massari wrote in no uncertain terms in Politico:

Italy has already asked to activate the European Union Mechanism of Civil Protection for the supply of medical equipment for individual protection. But, unfortunately, not a single EU country responded to the Commission’s call. Only China responded bilaterally. Certainly, this is not a good sign of European solidarity.

Worse, a number of European countries like France and Germany actually imposed export limits on critical medical supplies for fear that they would need them in the coming days.

The eventual intervention of the European Commission to impose region-wide export restrictions in exchange for EU members rescinding their national bans might have alleviated some shortages within the bloc but at the expense of poorer countries outside of it. In early April, Italy is still nowhere near securing the 90 million masks it needs.

For many Italians, the failure of European solidarity was nothing new. Writes Luigi Scazzeri at the Centre for European Reform:

Over the past decade, Italy has gone from being one of the most enthusiastic supporters of greater European integration to one of the most eurosceptic member-states. Many Italians felt that Italy did not receive much European solidarity during the eurozone crisis, and that the Union served as an enforcer of damaging austerity policies. The damage to Italians’ view of the EU was then compounded by the bloc’s response to the migration crisis. Italy took in 650,000 migrants between 2014 and 2018, and efforts to distribute these among other EU countries were largely symbolic…

Okay, so the EU screwed up its response to COVID-19. It certainly isn’t alone in misjudging the extent of the crisis and failing to act in the best interests of all.

It now has a second chance to make good as a bloc in addressing the economic crisis developing in the wake of COVID-19. Yet it seems on the verge of repeating an earlier set of mistakes.

When Europe was in the depths of its sovereign debt crisis a decade ago, some countries called for Euro Bonds. This common debt instrument, floated by the Eurozone as a whole, could have provided access to cheaper credit for all members, but especially those hardest hit by the financial crisis. The most indebted nations like Greece and Italy supported the idea. The Germans and the Dutch, worried about subsidizing what they considered bad economic behavior, nixed the idea.

Virtually the same argument has reemerged today as Euro Bonds have become Corona Bonds, with the same countries in favor and the same countries against. Infuriated at the opposition to such Corona Bonds, Bloomberg reported, some Italian politicians paid for a full-page ad in a German newspaper “accusing the Dutch of ‘a lack of ethics and solidarity,’ and unsubtly reminding the Germans of the solidarity Europe showed them after [World War II], when Germany’s debts were forgiven or restructured at a conference in 1953.”

The EU has taken some dramatic measures in response to the economic shock of the shutdowns.

It has relaxed the rules on government spending to permit large-scale stimulus packages. The European Central Bank has made $820 billion available to buy up European bonds, which will reduce the cost of borrowing for the worst hit countries. The Eurozone has its European Stability Mechanism, designed to help countries in trouble with 400 billion euros at its disposal. European Commission chief Ursula von der Leyen also announced last week that the EU “will allocate up to 100 billion euros ($110 billion) to the hardest hit countries, starting from Italy, to compensate for the reduction in the wages of those working on shorter hours.”

There are other proposals including a Europe-wide stimulus package, which would come on top of the bailouts that each of the national governments has enacted, and a European Guarantee Fund that could reach 200 billion euros.

That’s a lot of money available to members of the club. Perhaps it’s enough money to buy — er, guarantee — the loyalty of even the most Euroskeptical.

So, why are Italy, Spain, and other countries still pushing for Corona Bonds? They want debt mutualized — i.e., shared — rather than dumped on the shoulders of the most adversely affected. And they’re worried that the other deals come with strings attached that will resemble what was required of them during the last financial crisis.

What the Germans and Dutch prefer, which would indeed include some conditionality, might seem to make economic sense. But it also might deepen the fissures already present in the EU and push the Eurozone if not the larger bloc to the breaking point.

Before the coronavirus struck, it looked as if Europe was spinning off in many different directions.

The United Kingdom was on its way out. Hungary and several other East European countries were heading in a distinctly authoritarian direction. Italy was flirting with right-wing populism. On the economic front, Germany remained a powerhouse, Greece had not made up for all the ground it lost in the 2009 crisis, and the countries of Eastern Europe had not yet closed the gap with the western half of the continent.

The far right, which was gaining strength in the European Parliament, had decided not to follow the example of Brexit but instead work within the system to transform the EU. The coronavirus could very well be their best ally in this struggle to devolve power from Brussels to the individual member states.

First came the reimposition of national border checkpoints within the Schengen Area, with Germany the last to follow suit on March 16. Ten days later, Europe was supposed to celebrate the 25th anniversary of Schengen’s abolition of border controls. Instead there are new gates and road barriers where not long before travelers could pass between countries without even knowing it. It’s not clear when these intra-European travel restrictions will be lifted.

Then came the more restrictive policies toward migrants still desperate to get into Europe.

On March 17, the EU closed its borders to non-nationals. Greece had already sent troops to its border with Turkey to stop refugees from crossing over by land. But people are still attempting to reach Europe by sea. Of the 800 who left Libya in March, 43 made it to Italy and 155 landed in Malta. The Libyan coast guard gathered up the rest and returned them to Libya. Now that the first cases of infection are appearing in refugee camps in Greece, the containment efforts are turning inward.

By contrast, Portugal has boldly given all migrants and asylum-seekers full citizenship rights on a temporary basis so that they can access health care during the pandemic.

Throughout Europe, national policies are trumping region-wide rules and regulations. The most extreme case is Hungary, where Viktor Orbán has declared a state of emergency that gives him nearly unlimited power for an unknown period of time. Other states like Spain and the UK have declared states of emergency but without comparable flouting of the rule of law. And some countries, like Romania, Estonia, and Latvia, have invoked Article 15 of the European Convention on Human Rights that permits states of emergency “in times of war or other public emergency threatening the life of the nation.”

Hungary’s authoritarianism, Portugal’s generosity, Italy’s call for solidarity, Germany’s tightfistedness: European responses to the current crisis are literally all over the map. This does not bode well for the future of the European Union. As Nathalie Tocci, a former adviser to the EU foreign policy chief, told The Guardian: “This is definitely a make-it-or-break-it moment for the European project. If it goes badly this really risks being the end of the union. It fuels all the nationalist-populism.”

Right now, Europe is in the midst of a cytokine storm. The doctors are hooking the patient up to the ventilators of economic bailout. It’s uncertain whether this strategy will save the patient or just prolong the agony. For sure, however, if the EU survives its intubation, it will emerge on the other side a different and possibly much weaker survivor.