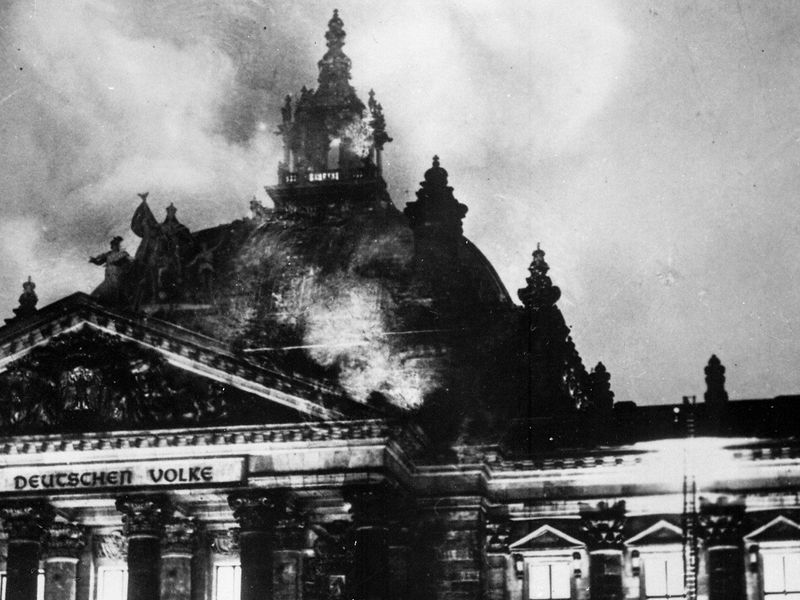 Will Trump Rule by Decree?

It's a small leap from a "state of emergency" at the border to martial law throughout the country.
By John Feffer | January 8, 2019

The Republican Party, since its takeover by Reaganauts in the 1980s, has long favored shrinking the federal government to the point at which it can be “drowned in the bathtub,” to use Grover Norquist’s colorful phrase.

Tax cuts reduce the federal budget. Budget cuts weaken social programs. Even cutting remarks have their effect. Reagan got plenty of laughs when he said, “The nine most terrifying words in the English language are: ‘I’m from the federal government and I’m here to help.'”

With the partial shutdown of the federal government entering its third week, Americans are learning that the nine most truly terrifying words in the English language are: “I’m the president and I’m here to help…myself.”

Trump isn’t content to use the executive office to enrich himself and his circle. He’s warping national policy to serve his own interests as well. Trump believes via Fox News that his presidency is doomed (and his second term nipped in the bud) if he doesn’t fulfil his signature promise of building a wall. The government shutdown is all about Trump and his self-serving impulses.

To that end, Trump has threatened to extend the shutdown as long as it takes in order to squeeze funding out of Congress for his cherished wall. And why wouldn’t he? He’s got the bathtub ready and a funeral oration already written.

Shutting down government won’t lose any votes from furloughed federal workers (the vast majority of whom already despise him). Yes, the shutdown is unpopular, but the president’s base of support is delighted to see even a partial draining of the swamp. And shutdowns, as FiveThirtyEight concludes from an admittedly small sample, don’t seem to have long-term impact on public opinion.

But the truly frightening part of this standoff between Trump and the rest of government is his threat to invoke a state of emergency so he can direct the U.S. military to build his wall.

The president admires autocrats who can just get the job done. Rule by decree is the first stepping stone to transforming democracy into dictatorship. Declaring a state of emergency would be Trump’s desperate attempt to hold on to and ultimately expand the power that is slipping through his fingers in the aftermath of the midterm elections.

Rule by decree has an undistinguished, undemocratic parentage. In the Weimar Republic of the 1920s and 1930s, the German constitution contained the controversial article 48, which granted the president the right to rule by decree in the case of a national emergency. German leaders invoked this right several times between 1930 and 1933.

But the most momentous decree came in the wake of the Reichstag fire, six days before German elections in 1933. Hitler, already appointed chancellor at that point, persuaded German President Paul von Hindenburg to pass the Reichstag Fire Decree. No doubt inspired by Benito Mussolini and his use of emergency powers to establish fascism in Italy in the 1920s, the Nazis then took full advantage of the authority granted them by Hindenburg’s decree to remake Germany into a dictatorship.

Modern democracies retain a certain echo of this tradition of decrees. In the United States, for instance, presidents can issue executive orders without having to declare a state of emergency.

Trump has already shown a marked preference for this style of governance. During his first two years in office, he issued 91 executive orders — 55 in 2017 and 36 in 2018. By contrast, Obama issued an average of 35 per year, George W. Bush 36. Many of Trump’s executive orders — such as withdrawing from the Iran nuclear agreement, the Paris climate accord, and the Trans-Pacific Partnership trade deal — place Trump in opposition to international and national consensus.

Trump has also used his executive privilege to take bold stands in foreign policy that diverge, in some cases sharply, from the consensus of the policymaking community. He defied the advice of his advisors to sit down one-on-one with North Korea’s Kim Jong Un. Most recently, he announced U.S. military withdrawal from Syria, generating considerable pushback from the foreign policy mandarin class. Like a stopped clock, an erratic commander-in-chief can be right once in a while.

These steps are authoritative but not authoritarian. Executive orders aren’t out-and-out decrees — the courts can say no, as they’ve done several times in the Trump era. Trump’s freewheeling foreign policy moves also face certain constraints. A deal with North Korea would require congressional consent. His decision to remove troops from Syria has already been modified by members of his own administration, with National Security Advisor John Bolton stipulating certain conditions that will delay or even nullify withdrawal.

But Trump’s threat to declare a state of emergency at the border would up the ante considerably. True, presidents frequently declare states of emergency under the National Emergencies Act. Both George W. Bush and Barack Obama declared a dozen or so each (most of them still in effect). But these declarations pertained almost exclusively to war or terrorism.

Trump’s attempt to circumvent the congressional standoff over his wall is a different matter altogether.

As Bruce Ackerman points out in The New York Times, the president can’t use the military to execute his plan. In the wake of the Katrina disaster, Congress created an exemption to the general rule prohibiting the military from enforcing domestic laws. The Obama administration then rolled back that particular exemption.

Ackerman further predicts that if Trump attempts to go forward with his plan anyway, Congress would block him. Indeed, as Congressman Adam Schiff (D-CA) has said. “If Harry Truman couldn’t nationalize the steel industry during wartime, this president doesn’t have the power to declare an emergency and build a multibillion-dollar wall on the border.”

Moreover, Trump’s “wall” doesn’t qualify as an urgent response to a crisis. There is no state of emergency at the border. There have been a few protests, on each side of the border, most recently around the closing of a shelter in Tijuana. But that hardly qualifies as a clear and present danger. The number of illegal border crossings fell to a historic low in 2017, according to the Department of Homeland Security. Nor did the situation change in 2018.

Trump will no doubt repeat some of these lies this week in his first televised Oval Office speech. This is another privilege of his position: to speak directly to the American people. And the networks, despite some misgivings about the president’s indifference to the truth, will air the speech. Trump has already delegitimized the mainstream media as “fake news,” and he is now artfully playing them for his own purposes.

For those who believe that the American system of checks and balances will prevent Trump from getting his way, think again. As Elizabeth Goitien explains in The Atlantic, the American system has its own equivalent of Article 48 of the Weimar constitution:

Unknown to most Americans, a parallel legal regime allows the president to sidestep many of the constraints that normally apply. The moment the president declares a “national emergency” — a decision that is entirely within his discretion — more than 100 special provisions become available to him. While many of these tee up reasonable responses to genuine emergencies, some appear dangerously suited to a leader bent on amassing or retaining power. For instance, the president can, with the flick of his pen, activate laws allowing him to shut down many kinds of electronic communications inside the United States or freeze Americans’ bank accounts.

Goitien worries that Trump could also use the Insurrection Act to deploy U.S. troops on the streets of American cities. So, imagine that protests spring up around the country against Trump’s declaration of a national emergency. That could in turn serve as the justification for Trump sending in troops to suppress a “threat to the public order.”

In this way, the United States could go from a state of emergency at the border to martial law throughout the country.

Trump’s public support remains low and his political influence is on the decline. He’s surrounded almost exclusively now by advisors who favor his most autocratic impulses. It’s not inconceivable that Trump will use his standoff with Congress over the border wall as his Reichstag moment.

Over a decade ago, in another political era altogether, the Los Angeles Times charged in an editorial that ruling by decree was not democratic. This would seem to be a no-brainer. But one prominent reader disagreed. He wrote, “This is not the mark of dictatorial rule but rather a new way of envisioning popular participation and democracy.”

The writer was the Venezuelan ambassador to the United States, trying to defend his boss, Hugo Chavez, from the charge that he was governing like a dictator. This is the playbook that Trump is reading. This is the company that Trump keeps. This is the clear and present danger that America now faces.