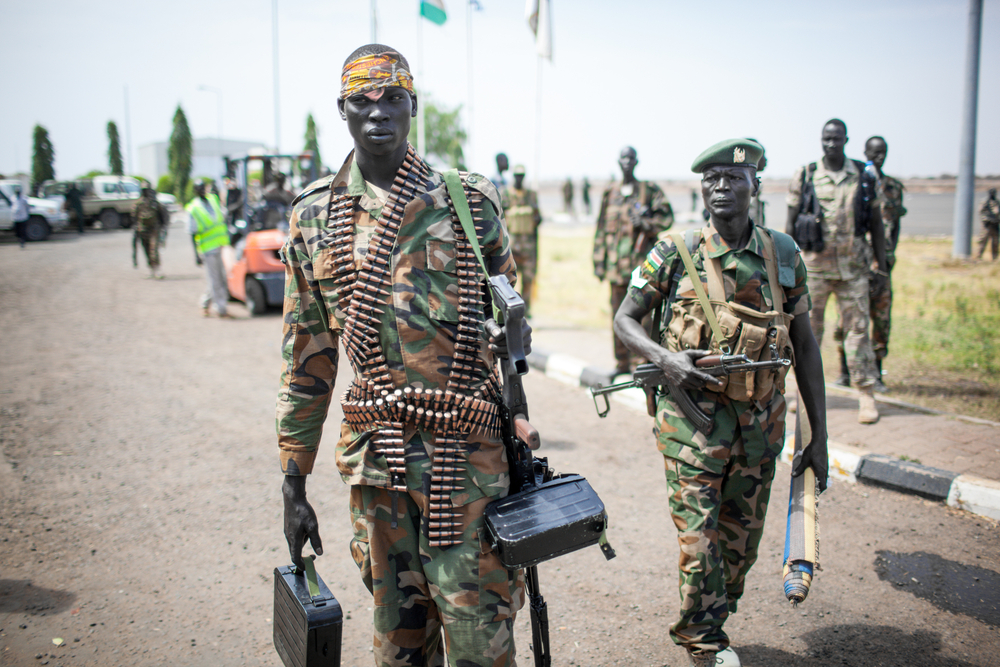 It's a war as brutal as the one in Syria. Will the Trump administration pay any serious attention to it?
By Edward Hunt | November 15, 2018

The Trump administration has remained largely silent about the ongoing conflict in South Sudan, maintaining a quiet diplomacy with the country’s leaders despite a recent report that nearly 400,000 people have died in the country’s civil war.

Making matters worse, the people of South Sudan are experiencing one of the worst humanitarian crises in the world. About 6 million people, or about 60% of the population, are severely food insecure, and another 1.7 million people are facing a looming famine.

“As the conflict has gone on and worsened, the numbers of people in need of assistance has simply continued to grow,” Mark Lowcock, the UN Emergency Relief Coordinator, said earlier this year.

The civil war in South Sudan began in 2013 when President Salva Kiir and Vice President Riek Machar turned their forces against one another. Although the war is often portrayed as an intractable ethnic conflict between Kiir’s Dinka ethnic group and Machar’s Nuer ethnic group, the two men have really been more focused on power and wealth.

The United States has played an influential role in the country. Before the war began, the Bush administration helped South Sudanese leaders with the negotiations that led to the country’s independence in 2011. President Kiir often wears the cowboy hat that George W. Bush gave to him.

Since 2005, the United States has provided South Sudan with more than $11 billion in assistance. “That level of U.S. support is unprecedented in sub-Saharan Africa, and represents one of the largest U.S. foreign aid investments globally in the past decade,” according to a report by the Congressional Research Service.

The United States has also taken sides in the war. The Obama administration supported President Kiir, helping him acquire arms from Uganda, a close U.S. ally in the region. “Uganda got a wink from us,” a former senior official has acknowledged.

To keep the weapons flowing, the Obama administration spent years blocking calls for an arms embargo.

During another major crisis in 2016, the Obama administration continued to side with President Kiir. After Machar had been chased out of the country, U.S. officials advised Machar to give up his position in the government.

“We do not believe it would be wise for Machar to return to his previous position,” Special Envoy Donald Booth told Congress.

“The United States, at multiple stages, failed to step back and broadly reassess policy,” Temin reported.

By the time the Obama administration handed things over to the Trump administration in 2017, the country was cracking apart. In July 2017, a group of analysts and former officials told Congress about horrific levels of violence, citing mass atrocities, war crimes, and crimes against humanity.

President Kiir leads “a brutal regime that continues to murder and plunder its people,” said former U.S. diplomat Payton Knopf, who has spent years working on the crisis. “We may be looking at a civilian death toll that is akin to the war in Syria, but among the population that’s half its size.”

More recently, the Trump administration has started paying some attention. The White House has posted statements to its website criticizing South Sudanese leaders and threatening to withhold assistance. Administration officials coordinated a recent vote at the United Nations Security Council to finally impose an arms embargo on the country.

In other ways, however, the Trump administration has continued many of the policies of the Obama administration. It has not called much attention to the crisis. With the exception of the arms embargo, which could always be evaded with more winks to Uganda, it has done very little to step back, reassess policy, and change course.

The United States could “lose leverage” in South Sudan “if it becomes antagonistic toward the government,” U.S. diplomat Gordon Buay warned earlier this year.

Of course, there has been one undeniable change from the Obama years. Not only has President Trump displayed little concern about the horrors that have unfolded in South Sudan, but he is widely reported to have made racist comments about Africans and African nations. He seems entirely unaware of the role that the United States has played in South Sudan.

The long-term prospects for peace appear remote. Although President Kiir and Machar have agreed to a new peace deal, numerous observers remain skeptical, believing that the two men will never share power peacefully.