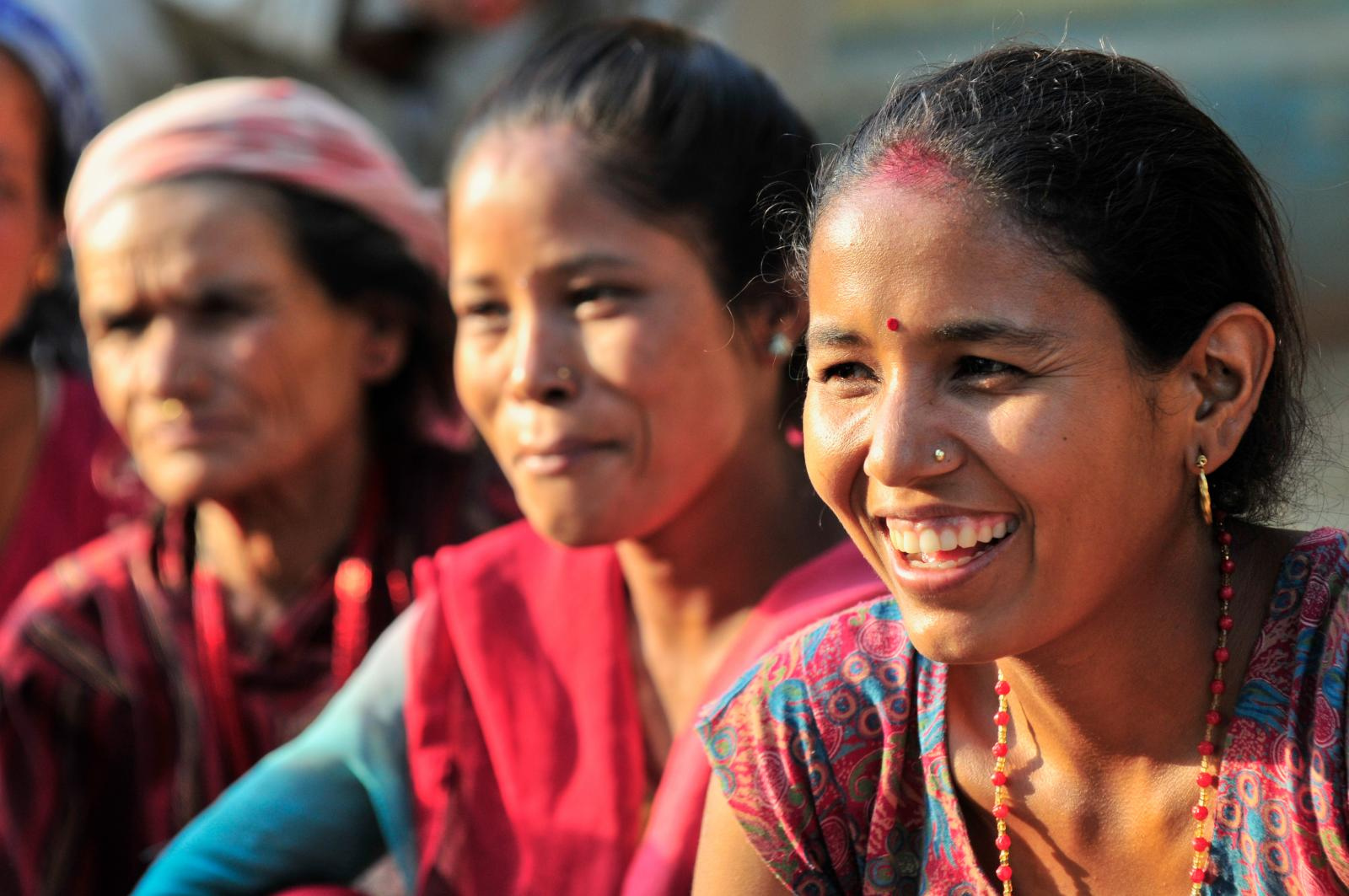 Women-led groups in Nepal are leading earthquake relief and recovery efforts in the country, including in decision-making where women are often excluded.
By Anna Tenuta | May 8, 2015

As the death toll continues to climb in Nepal following its 7.8-magnitude earthquake, women on the ground are fearlessly leading rescue efforts in the face of the devastation.

“We are counting deaths,” said Renu Adhikari. The government figure has already topped 6,000, “but it is much more than that because there are areas that have been swept away, with no houses and no rescue teams in reach.” Adhikari founded the National Alliance of Women’s Human Rights Defenders in Nepal and is also the founder of the Women’s Rehabilitation Center, a Global Fund for Women grantee partner that has been working to advance women’s rights in Nepal since 1991.

“For the last two days, it’s been pouring and because of the weather and the geographical conditions, the rescue teams are finding it even more difficult” to get to these badly hit areas, continued Adhikari. “On top of that, the government is badly coordinated, so a lot of international volunteers are there but have not been properly mobilized. There are places where the people hear cries and weeping but no one can go there and rescue [people]. That is really painful. There are areas where nothing has reached.”

The United Nations reports that at least 8 million people have been affected by the earthquake — more than a quarter of Nepal’s population. Aftershocks — so far more than 42, according to recent data — continue to block relief efforts and cause more damage. A particularly powerful 6.4-magnitude aftershock was felt in Nepal, India, and Bangladesh, and several avalanches have been reported near Mount Everest.

“We are still reeling in shock, and [many] have slept out of their homes in cars, in the gardens, or in public places,” said Sadhana Shrestha, executive director of Tewa, a Global Fund for Women grantee partner in Nepal with deep roots investing in women’s rights groups there since 1996. “There is extreme destruction and devastation.”

Women in the Lead

In the face of this disaster, Global Fund for Women’s partners are already responding to the needs of women and children in Nepal and India. These local, women-led groups are deeply rooted in the communities they serve. They know the specific needs of women after a crisis — needs that most relief efforts overlook, such as supplying sanitary napkins, milk, and food for babies and children, or safe shelters for single women and their families.

Local women leaders also ensure that women’s voices are heard and that they play an essential role in the relief and recovery efforts, including in decision-making where women are often excluded.

“Women are at the frontline of disaster impact and response due to their role in looking after children, elders, and community members. Yet they are often excluded from decision-making in immediate and long term recovery efforts,” said Jane Sloane, Vice President of Programs at Global Fund for Women. “Women need to be front and center in decision-making and action.”

“This is the time for us women to take the lead,” said Adhikari, who has been instrumental in advancing women’s human rights in Nepal, especially in times of crisis. “It’s a difficult moment but in difficulties, women have always proven that when we take the lead, we manage things better, and in Nepal we are trying to do that.”

The most critical need in Nepal right now is shelter, as conditions worsen for the millions of people who have been displaced by the earthquake and its aftershocks. Many families are staying in very basic tents with little shelter at makeshift camps.

“The situation at the camps where people have been living in open grounds is not so appealing,” explained Lily Thapa, founder of Global Fund for Women grantee partner Women for Human Rights in Nepal, which has been advancing women’s rights in 73 districts in Nepal for 19 years. “While a few camps are well organized, others are crowded with thousands of people — hundreds living under one tent. The rain, wind and waste makes the situation even worse.”

Thapa and the Women for Human Rights team are visiting camps around Kathmandu and affected areas to determine immediate needs, highlighting that the camps have a “major shortage of water, waste management, tents, lights, [and] emergency medicines.”

Tewa’s staff and volunteers are also distributing relief packages, water purifiers, masks, and sanitary napkins to the outskirts of Kathmandu and surrounding areas of Bungamati, Sankhu, Lubu, and Khokana.

“One of our children’s shelters and our women’s shelter has cracks. The women in the shelter — some lactating, some heavily pregnant, and some physically burnt and injured — lack proper medical care and services,” explained Bandana Rana, executive chair of Global Fund for Women grantee partner Saathi (“friend” in Nepali), which has been advancing women’s rights in Nepal for over 20 years. “We have yet to assess the situation of the communities we work in as we have not been able to be in touch with them due to communication problems.”

Tewa is also working with women at makeshift camps who are in the process of birthing, nursing, or post-natal and prenatal care to direct them to the places where they can receive proper care and support.

Indeed, the needs of pregnant women and new mothers and their children are often overlooked in times of crisis. In Nepal, UNFPA now estimates some 2 million women and girls of reproductive age are among those affected by the earthquake — including some 126,000 pregnant women.

This need for shelter in Nepal includes, especially, safe spaces for women and girls. “We have started three women’s safe spaces in Kathmandu…and together with two hospitals, we have started a community kitchen [with] special food for babies and special care for women who have just delivered babies,” explained Adhikari of the efforts Women’s Rehabilitation Center and the National Alliance of Women’s Human Rights Defenders are leading together with other women-led groups.

“Women-led organizations have very small overhead and we try for every single piece to go to the community,” explained Adhikari, adding a plea to “please support women’s rights groups” in Nepal.

FPIF guest columnist Anna Tenuta is the Campaigns & Communications Manager for the Global Fund for Women.