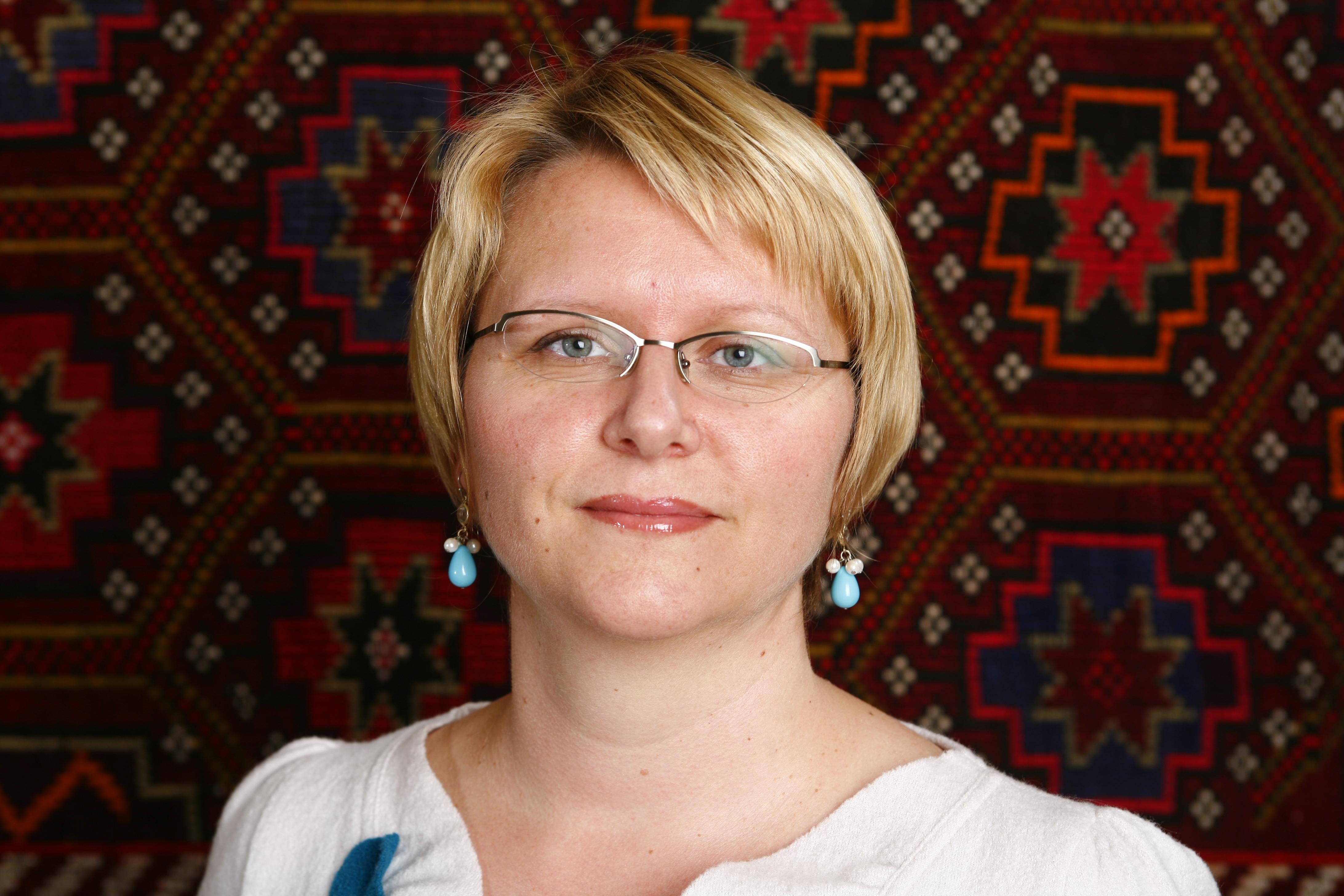 The war that tore apart Bosnia and Herzegovina ended in 1995. But many people, especially women, still await justice.
By Violeta Krasnic | April 11, 2012 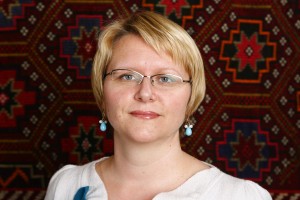 Twenty years ago this month, war broke out in Bosnia and Herzegovina, the main act in the dissolution of Yugoslavia. In Sarajevo, the country’s capital that once proudly hosted the Winter Olympics, 11,541 red chairs on the main street mark the grim anniversary. One for every citizen killed during the almost four years of the city’s siege, the longest in recent history.

When this bloodiest conflict on European soil since World War II ended in 1995, the toll was staggering: two million displaced, 100,000 dead, and an estimated 20,000 women systematically raped, though the real number will never be unveiled from under the heavy stigma.

“The war was happening within families and among neighbors,” says Nuna ZvizdiÄ‡ from the association Women to Women in Sarajevo, which works to end gender discrimination and expand women’s decision-making roles. “The loss is a universal phenomenon here. In the aftermath, within national and religious boundaries, the habits of community, tolerance, and respect for difference have been dormant. Deprived of diverse identity and overwhelmed by isolation, fear, and poverty, we are enclosed into groups of Serbs, Croats, and Bosniaks.“

Today, Bosnians remain cautious about the fragile political situation in the country. “Nationalist political games continue to thrive and this is to the detriment of safety and advancement of the citizens in the country. We live in absence of war, but we are far, far from peace,” says Taida HorozoviÄ‡, founder of the CURE Foundation in Sarajevo, which uses arts and activism to empower women to be a force of positive social change in society.

As with all armed conflicts throughout history, women were disproportionally affected by the war: as civilian victims and as impoverished survivors. A generation after the war started, we ask: what did the war and the post-war period change for women and their ability to assert their political power?

The most ethnically diverse part of the former Yugoslavia, Bosnia and Herzegovina was born through referendums for independence in the early months of 1992. Bosnian Serbs who favored staying within Yugoslavia boycotted the vote; Bosniaks and Croats saw the future in a sovereign state. The ethnic divide that was at the core of the war is playing out via the cumbersome state apparatus: Bosnia and Herzegovina’s four million people live in a federation of two political entities, with five presidents, 13 governments and jurisdictions, over 130 ministers, and 148 municipalities. Approximately half of the nation’s GDP goes to running this enormous bureaucracy. No wonder investment to rebuild the country has failed to help the vast majority of its citizens rebuild their lives.

Despite over $7 billion of international aid in the post-war recovery – the U.S. government alone allocated over $1.3 billion in the first decade after the war – the country remains one of the poorest in the region, with the official unemployment rate at 27.6 percent and a staggering 52.7 percent among women 15-24 years of age.

“Women were not the makers of the war and were not at the negotiating table when the conflict stopped. But they were the first ones to cross imaginary and imposed borders and began working on rebuilding the country inside out,” says Taida HorozoviÄ‡.

Women activists and women’s NGOs in Bosnia took on some of the heaviest tasks that directly address the issues affecting lives and livelihoods in the communities: trauma of violence, destruction, and war rape; domestic violence and sex trafficking; and disability and poverty. Parallel with these efforts, women took an active part in rebuilding state institutions and systems, advocating for and promoting new laws and policies to realize gender equality. In this process, women gained expertise and legitimacy, which empowered them to make long-term commitments to end exclusion, discrimination, and inequality of women. Nuna ZvizdiÄ‡ says: “Political pluralism that does not include both genders in the process of decision making becomes a constant threat for the development of a stable society.”

The successes of women’s NGOs are remarkable. In addition to delivering psychosocial and entrepreneurial services and strengthening local nongovernmental networks, these groups were vital to the passage of laws aligned with international and European human rights standards and increasing quotas to guarantee women’s representation in political parties, elections, and public institutions. Nevertheless, the major challenge remains: the lack of political will and coordination between numerous political entities to make the laws a reality in the lives of women.

Nowhere is this reality as painfully evident as in the failure of state institutions to recognize and adequately address the plight of women survivors of war rape and crimes of sexual violence. In the summer of 1992, the world was stunned by the reports of systematic rape of thousands of Muslim women by Serbian security forces and paramilitary groups. Though war rape has been recorded throughout history, the Bosnian war opened the eyes of the world to the scale of sexual violence crimes inflicted on women of different ethnicities primarily because of their gender.

Because of the courage and resilience of women survivors who came forward to testify, international civil society campaigned for the recognition and prosecution of war rape under international law. As a result, the International Criminal Tribunal for the former Yugoslavia (ICTY) became the first tribunal ever to prosecute war rape as an independent crime against humanity. Despite precedent-setting convictions, meaningful justice on the ground remains out of the reach. Rising to the challenge, women’s groups working across ethnic, religious, and national lines have come together to create a Women’s Court to empower women and their communities to define and realize justice and peace on their own terms.

In national courts, which have the main responsibility for bringing justice to war rape survivors, the prosecution of war rape crimes was anything but satisfactory. As a result, perpetrators walk free in the very communities where they committed their crimes. According to Amnesty International, in 2009 there was a backlog of 160,000 unresolved criminal cases, with war crimes accounting for up to 10 percent of cases. But the statistics of unresolved cases of war rape and sexual violence is “not available and has never been collected by the authorities,” says the advocacy group. Only two years ago – 15 years after the war ended – the government of Bosnia and Herzegovina started developing a national program to uphold survivors’ rights. It has yet to be finalized and adopted.

In the meantime, the stigma of war rape is rampant, leaving women survivors with little recourse to compensation, restitution, and rehabilitation. As time passes, hope for the restoration of dignity recedes. With only one in 10 women war rape survivors receiving any kind of treatment, the reality is even harsher. Stable employment and access to health care are the most often expressed wishes to enable survivors to fully go on with their lives. Instead, a miniscule number of women who came forward and then managed to obtain the civilian war victim status receive minimal social benefits that significantly differ between the two entities.

Not until the government of Bosnia and Herzegovina meets its obligations to war rape survivors will true peace and justice come to the country’s people.

Violeta KrasnicVioleta Krasnić is the program director for Europe and Central Asia at the Global Fund for Women and a guest columnist for Foreign Policy In Focus. Taida Horozović and Nuna Zvizdić, women’s rights activists from Sarajevo, contributed to this article.