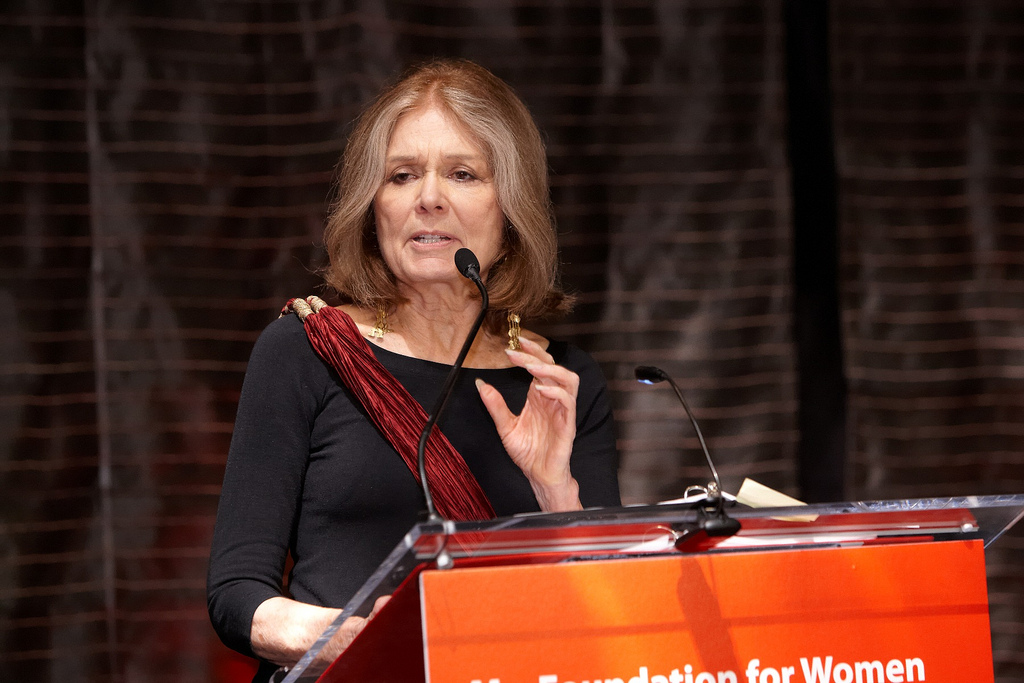 Gloria Steinem will be leading a group of women from South Korea to North Korea. Why are critics taking aim at this important gesture?
By John Feffer | April 20, 2015

This essay originally appeared in Hankyoreh.

In June 1998, the business tycoon Chung Ju-Yung drove 500 cattle across the Demilitarized Zone separating North and South Korea. Then, leaning on a cane, the frail founder of the Hyundai conglomerate hobbled across the border himself. He was the first civilian to make the crossing without government escort in over half a century.

The symbolic delivery of food to a starving country that was technically still at war with South Korea made headlines around the world. It drew praise from political leaders, business representatives, and civil society organizations. It was such a powerful symbol of rapprochement between North and South that Chung repeated the exercise with 501 cattle the following October.

On neither occasion did Chung mention North Korean human rights violations. Nor did he insist that the North Korean government use the cattle to feed any particular group of people. The act was symbolic.

Seventeen years later, a group of women has announced that they too will cross the DMZ. They won’t be bringing any cattle with them. Rather, Gloria Steinem, Nobel Prize winners Mairead Maguire and Leymah Gbowee, and dozens of others are focusing on a message.

“We are walking to invite all concerned to imagine a new chapter in Korean history, one marked by dialogue, understanding and — ultimately — forgiveness,” says organizer Christine Ahn. “We are walking to help unite Korean families tragically separated by an artificial, man-made division. We are walking to lessen military tensions on the Korean peninsula, which have ramifications for peace and security throughout the world. We are walking to urge our leaders to redirect funds devoted to armaments toward improving people’s welfare and protecting the environment.”

Although the messages of Chung Ju-Young and the women’s delegation are quite similar, the response to their symbolic actions has been quite different.

Talking to CNN, Greg Scarliatou of the Committee for Human Rights in North Korea (HRNK) complained that some of the members of the women’s group have pro-North Korean views. Columbia University professor Su Mi Terry also pointed out that Christine Ahn has written articles that were “more sympathetic to North Korean issues and North Korean causes.” The CNN report went on to point out that the North Korean regime is repressive toward women (among others).

The policy community in Washington has been even more frank in its critique of the planned women’s march. One Korea watcher, in his popular e-newsletter, called it “the most naïve, duplicitous, disingenuous, fatuous and, pardon us, frankly frickin’ stupid stunts lately conceived on behalf of the Kim Regime in Pyongyang.”

Confucian values remain deeply embedded in Korean culture — and in the perspectives of many Korea watchers. A primary tenet of Confucianism is the deference that the young should pay to the old. Perhaps the image of the elderly Hyundai patriarch walking across the DMZ inspired a wave of filial devotion among Koreans on both sides of the border.

Unfortunately another time-honored tenet of Confucian culture is the deference that women are supposed to pay to men. Many Korean women have successfully overturned that particular remnant of chauvinism. And with this march, women are implicitly criticizing all the men who have sustained the Cold War on the Korean peninsula on both sides of the DMZ. But I wonder if some of that old Confucian paternalism retains its hold on those who have treated the prospect of a women’s peace march with such hostility (not to mention a dollop of equally old-fashioned redbaiting).

It’s not as if the North Korean human rights situation has markedly deteriorated since 1998. It remains as bad now as it was before. And, if anything, the status of women has improved in the country since that time, at least unofficially, as women are the primary actors in the private markets that have sprung up around the country since the 1990s. But Chung Ju-Young was not peppered with questions about his failure to address human rights issues or how North Korea treats the elderly.

I know both Christine Ahn and Greg Scarlatoiu. They have different perspectives on North Korea, and I respect them both for their pro-peace and pro-human rights stances. To my mind, they are engaged in complementary exercises. But it’s unrealistic to expect that someone organizing a peace march focused on ending the Cold War on the Korean peninsula and facilitating Korean reunification to denounce the human rights record of one side. That’s like someone bringing a baseball bat to a football game. It’s the wrong equipment for the playing field.

The same could be said about the nuclear agreement with North Korea in 1994. The Clinton administration didn’t raise human rights issues because it was focused on a specific peace-making and non-proliferation goal. The U.S. negotiating team in Switzerland focused on nuclear matters in its dealings with Iranian negotiators. Again, the overriding concern was constraining Iran’s nuclear complex. The focus on peacemaking does not imply that the negotiators don’t care about human rights. Nor does it preclude addressing human rights in other contexts or at other opportunities.

For what it’s worth, I think a peace march by women across the DMZ is a splendid idea. We need symbolic acts that capture the world’s attention and help shift all the major players in the direction of negotiations. It’s mostly men — men from politics, men from business, men on both sides of the DMZ — who have been dealing with the Korean peninsula issue over the years. And we men haven’t achieved very much.

So, let’s see what this brave band of women can do. And support them in whatever ways we can.