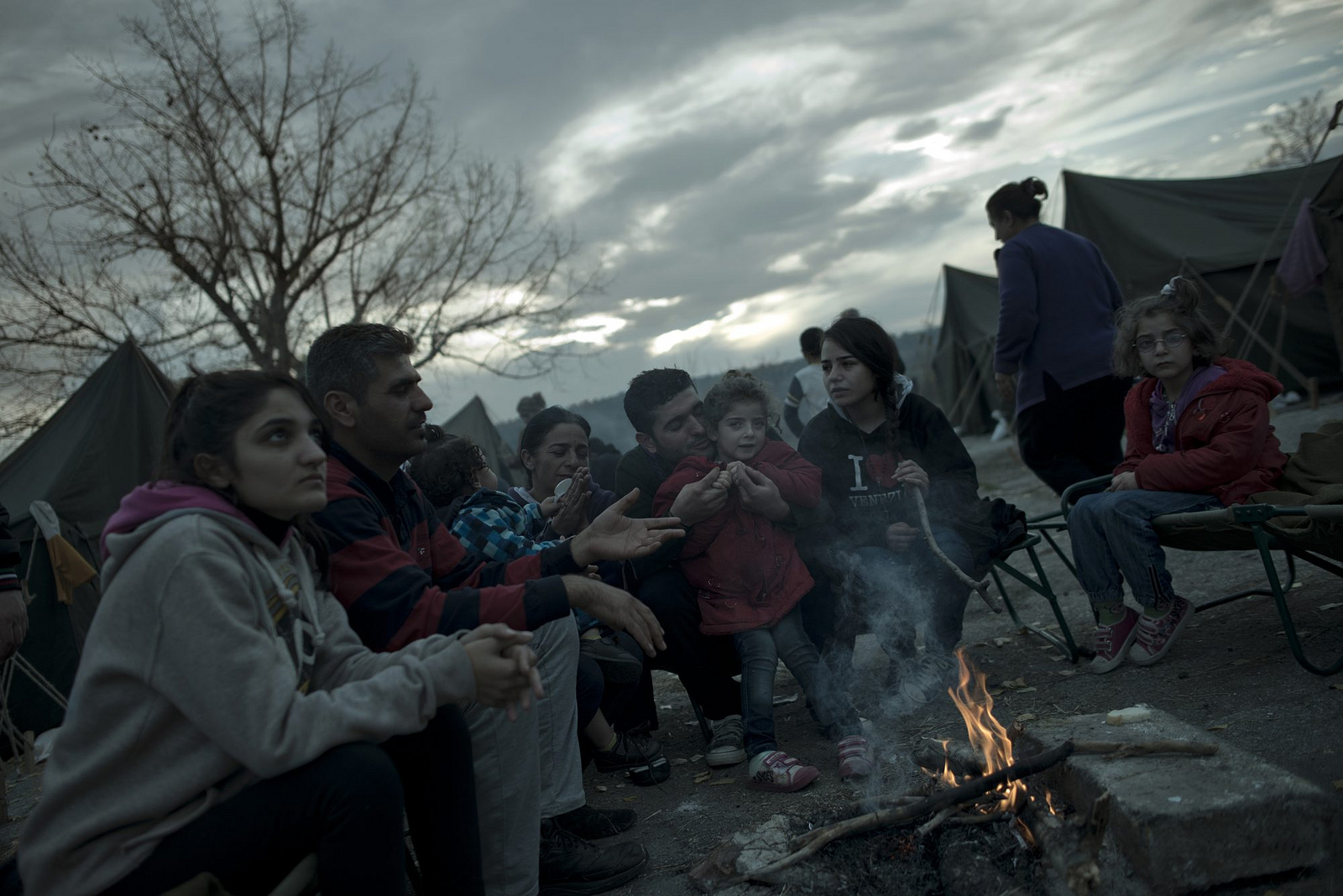 World to Refugees: Go to Hell

It’s a famous story, though perhaps not famous enough.

The 1939 voyage of the MS St. Louis, a German ocean liner, was recounted in a 1974 book and a 1976 film (both titled Voyage of the Damned) as well as a 1994 opera. This history is not forgotten. Yet so many unfortunate people around the world are still doomed to repeat it.

In 1939, the MS St. Louis carried more than 900 Jewish refugees away from Germany. The ship docked in Cuba, but the government there allowed only a handful of passengers to disembark. The others learned to their surprise that Havana didn’t recognize their visas. So, the ship headed to the United States. But the Roosevelt administration also refused to accept the refugees — and even sent out the Coast Guard to make sure that the ship didn’t try to dock illegally and unload its passengers. Canada, too, refused to get involved.

So, the MS St. Louis returned to Europe where it put in at Antwerp. Some of the passengers made their way to the United Kingdom. The rest were caught up in the turmoil of the subsequent Nazi invasions of Belgium, the Netherlands, and France. Ultimately, 254 of the original passengers died in the Holocaust.

In 2012, the U.S. State Department officially apologized to the survivors of the incident. Canada plans to follow suit this year.

But those apologies mean little to the people who currently face a similar situation. Today, thousands of refugees face grave harm if they return to their countries of origin. And yet the United States, Turkey, Israel, China, and others blithely return these refugees as part of a worldwide crackdown on “illegal” immigration.

This week, as the international community marks World Refugee Day, 22.5 million people have fled their countries to seek refuge elsewhere. In 2016, a mere 189,000 were resettled. That’s less than 1 percent. It’s as if the entire population of Taiwan were uprooted and forced to find a new country, but only a single neighborhood from the capital city managed to find safe harbor.

Donald Trump is at the forefront of this scandalously cruel approach to refugees. But he’s not alone. Here are four examples from around the world of how governments continue to turn away the modern-day equivalents of the MS St. Louis.

The world is experiencing the greatest refugee crisis since World War II. The Trump administration’s response has been to reduce the annual number of spots available for refugees from around 70,000 to 45,000, the lowest number since 1980. And the administration is doing whatever it can to ensure that even this lower number won’t be reached.

Syria, still convulsed by civil war, has produced the world’s largest group of refugees: over 5.5 million people. In the last year of the Obama administration, the United States accepted about 15,000 Syrian refugees, which paled in comparison to Germany (not to mention Turkey, Jordan, or Lebanon). This year, as of mid-April, the Trump administration has allowed in 11. “The United States will not be a migrant camp, and it will not be a refugee holding facility,” Trump said this month.

It gets worse. The Justice Department announced last week that asylum-seekers couldn’t claim gang warfare or domestic violence as reasons to stay in the United States. This comes at a time when displacement because of violence is climbing rapidly in Central America, a trend affecting 16 times more people at the end of 2017 than in 2011. Indeed, many of the people desperately trying to get across the U.S. border, including unaccompanied minors, are escaping not just general violence but very specific death threats.

In The New Yorker, Sarah Stillman reported on her project to create a database of all those whom the U.S. government has deported into harm’s way. The stories included Laura S., who pleaded with U.S. border patrol not to return her to Mexico, where her ex-husband, a member of a drug cartel, had threatened to kill her. U.S. agents ignored her entreaties. In Mexico, Laura S. tried to steer clear of her ex-husband. But he was determined, and he eventually succeeded. Her charred skeleton was found in her burned-out car. Thanks to Attorney General Jeff Sessions, the de facto indifference of the U.S. government to claims of domestic violence has become de jure.

Another method by which the Trump administration is sending people into harm’s way is by rescinding temporary protected status (TPS). Head of Homeland Security Kirstjen Nielsen has dutifully implemented the president’s directive to kick out as many people from the United States as possible. Reports USA Today:

Nielsen has now cut TPS for El Salvador, Honduras, Haiti, Nepal, Nicaragua and Sudan, which represents 98% of the people covered by the program. That means TPS enrollees from those countries, many of whom have legally lived in the U.S. for nearly 30 years, must return home in the coming months or risk becoming undocumented immigrants.

Imagine FDR not only refusing to accept the MS St. Louis but sending tens of thousands of German Jews, who had been living in the United States for decades, back to Nazi Germany.

Trump’s policy on refugees is only part of his larger assault on immigrants, from the Muslim travel ban and the separation of families at the border to his attempt to deport the 800,000 Dreamers. Even the Republican Party is abandoning Trump on the key elements of his anti-immigrant platform. But Trump wants to make America as white as possible — by all means necessary.

Around 35,000 Eritreans and Sudanese are currently seeking asylum in Israel. They have escaped war and massive human rights violations. Although many have lived in Israel for nearly a decade, speak Hebrew, and send their children to Israeli schools, the government wants to deport them to Rwanda or Uganda. There they faced considerable risks of imprisonment or even forced return to their home countries. Worse, it turned out a couple months ago that the Israeli government didn’t have any agreements with Rwanda and Uganda to protect the deportees.

The government also didn’t count on the public pushback. Writes David Shulman in The New York Review of Books:

El Al pilots and flight crews refused to fly the deportees to their deaths. Doctors, academics, lawyers, and many ordinary citizens, including Holocaust survivors and their relatives, spoke out. Some synagogues joined the struggle. Many stressed the unthinkable cognitive dissonance that arises from watching a Jewish state, founded by refugees from lethal oppression, sending tens of thousands of desperate African refugees to an unknown and precarious fate.

In a recent report, Amnesty International blasted the government of Benjamin Netanyahu for its policy. The organization’s head of refugee and migrant rights, Charmain Mohamed, was pointed in her denunciation: “Israel is one of the most prosperous countries in the region but it is going out of its way to shirk its responsibility to provide refuge to people fleeing war and persecution and who are already on its territory.”

As in the United States, the courts have proven to be a major obstacle to the assault on immigrants. Despite the High Court’s rejection of the government’s attempt to deport the Eritreans and Sudanese, Israeli Prime Minister Benjamin Netanyahu is attempting to push the Knesset to override the judicial decision.

As with Trump, Netanyahu is acting on behalf of the besieged majority, in this case Israeli Jews. His appalling immigration policies are of a piece with his apartheid treatment of Palestinians.

Afghanistan is one of the poorest and most violent countries in the world. It also, after Syria, produces the most refugees in the world. On top of the one million people who have been internally displaced, there are nearly 6 million Afghan refugees, most of them living in either Pakistan or Iran.

Most, but not all.

About 300,000 Afghan refugees live in Europe. Many more have applied for asylum. European governments have been rejecting most of those applications, arguing that Afghanistan no longer poses a sufficient danger to returnees. Yet in 2017, for the fourth year in a row, more than 10,000 Afghan civilians died or were injured in the war. This comes on top of the combat deaths of Afghan security forces and Taliban fighters, which totaled more than 20,000 last year.

Even for those not on Taliban target lists, these refugees are returning to a dangerous and unstable country. Reports Pamela Constable in The Washington Post:

Insurgents control or influence nearly 40 percent of Afghan territory and stage frequent attacks in cities. Some of their families have fled rural fighting, weakening their social support networks. The returnees may not face imminent harm, but they see no way to build a future.

Pakistan and Iran have been even more forceful with their deportations. Since January, Iran has sent home 242,000 Afghan refugees; in the last 15 months, Pakistan has expelled 260,000 Afghans. These repatriations are an extraordinary burden on a country ill prepared to provide services to its current population. There are few jobs available for the returnees and little in the way of assistance from international organizations.

A recent ceasefire brought some hope that the Afghan government and the Taliban could work out the terms of a peace agreement. But the Taliban have rejected a proposed extension and vow to continue fighting.

Back to the Gulag

Donald Trump thinks that North Korean leader Kim Jong Un is “smart” and “very talented.” The U.S. president didn’t raise human rights issues at the recent Singapore summit — and perhaps that’s for the best, given the focus on nuclear issues and Trump’s own distressing lack of interest in human rights.

But the human rights situation inside North Korea remains dire, particularly for the 80,000-130,000 trapped in the complex of labor camps. Tens of thousands of North Koreans have escaped to China and other countries. Even if they left North Korea for economic reasons, they risk imprisonment in the North Korean gulag if they return. Thus, according to international law, North Koreans in China should be considered refugees sur place, since they have acquired a well-founded fear of persecution after leaving their country. Sending such refugees back is a clear human rights violation.

Yet China continues to detain and send North Koreans back across the border. With the threat of repatriation hanging over them, North Korean women are particularly vulnerable and frequently subjected to trafficking and forced prostitution.

There’s not a lot that either the United States or South Korea can do to persuade North Korea to dismantle its gulag or improve the conditions there. Pyongyang is largely resistant to “name and shame” tactics (though human rights organizations should obviously continue the practice).

In 1939, the United States, Canada, and Cuba all refused to help a boatload of desperate refugees from Europe. Today, the world faces an ever-growing flotilla of the desperate. And the response is the same: go back to the hell you just escaped.

The world leaders who adopt this policy have no shame. In the case of Donald Trump and those like him, they’re even proud of it. They richly deserve a return ticket — back to the rocks from under which they crawled.