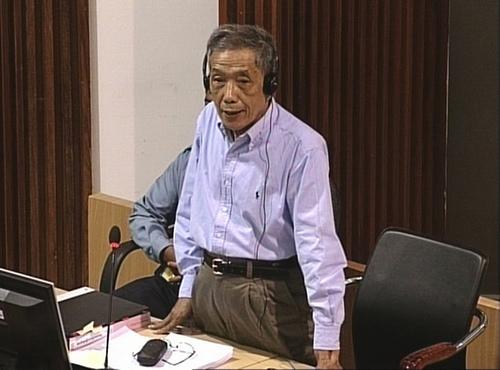 Wrestling with the Khmer Rouge Legacy

The United States bombed Cambodia and supported the Khmer Rouge after its fall from power. Why are Washington and the mainstream media ignoring this complicity?
By Tom Fawthrop | August 20, 2010 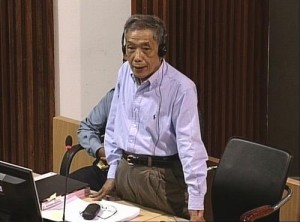 The Khmer Rouge Tribunal delivered its first verdict in July against Kaing Guek Euv, alias “Duch,” the director of the notorious S-21 prison, a torture and extermination center under the rule of Cambodian dictator Pol Pot. After a 77-day trial, the five judges — two international and three Cambodian — unanimously convicted Duch of committing crimes against humanity. He was sentenced to 35 years in prison.

This landmark decision came only days after the U.S. Embassy in Phnom Penh celebrated the 60th anniversary of the restoration of U.S.-Cambodian relations. U.S. officials made no mention of their critical role in helping Pol Pot’s forces come to power. Nor did the trio of former U.S. ambassadors — Charles Ray, Kent Wiedemann, and Joseph Mussomeli — issue any apologies during the two-day celebration for the Nixon administration’s secret B-52 bombings that inflicted massive destruction on the Cambodian countryside or for U.S. diplomatic support for the Khmer Rouge from 1979 to 1990.

During his trial, Duch testified that the Khmer Rouge would have likely died out if the United States had not promoted a military coup d’état in 1970 against the non-aligned government led by Prince Norodom Sihanouk. “I think the Khmer Rouge would already have been demolished,” he said of their status by 1970, “But Mr. Kissinger [then U.S. secretary of state] and Richard Nixon were quick [to back coup leader] Gen. Lon Nol, and then the Khmer Rouge noted the golden opportunity.”

Because of this alliance, the Khmer Rouge was able to build up its power over the course of their 1970-75 war against the Lon Nol regime, Duch told the tribunal.

At these two events — a condemnation and a celebration — the media paid little attention to U.S. complicity in the Cambodian tragedy. In fact, the Khmer Rouge Tribunal was set up in just such a way as to avoid asking any of the uncomfortable questions about U.S. policy. The tribunal’s mandate for indictment only covers the period from April 17, 1975 to January 6, 1979, when the Khmer Rouge regime was already in power.

Any investigation into the time period that covered U.S. bombing before 1975, which directly caused the deaths of 250,000 civilians, could open up former U.S. Secretary of State Henry Kissinger to liability for war crimes.

After the fall of the Pol Pot regime in 1979, U.S. foreign policy also played a major role in aggravating the sufferings of the traumatized Cambodian people. As a result of the decision to focus only on that time period during the rule of Pol Pot and his regime, the Tribunal conveniently concentrates all the guilt for the atrocities in Cambodia on the Khmer Rouge and little on their enablers.

Washington, meanwhile, joined China in keeping the ousted Pol Pot regime alive by retaining its seat in the UN General Assembly through its diplomatic recognition as the legitimate representative of the Cambodian people. The Khmer Rouge then used its vote, along with U.S. support, to prevent any UN agency from providing development aid to a country trying to rebuild itself from the abject ruins of Pol Pot’s “Year Zero.” UNICEF, a lone exception, was the only UN agency permitted to have an office in Phnom Penh.

Why has it taken 30 years to bring Khmer Rouge leaders to trial? The Hun Sen government’s protracted negotiation with the UN legal affairs department is one oft-cited reason. But, in fact, Cambodian Prime Minister Hun Sen requested the UN to set up a tribunal back in 1986. From 1986 – 1987, Australian Foreign Minister Bill Hayden called for Pol Pot to be put on trial. But the Reagan administration blocked his initiative, claiming that any attempt to prosecute Khmer Rouge leaders would “undermine” U.S.- Australian relations and the united front, with the Association of Southeast Asian Nations and China, against Vietnam.

Only after the Cold War ended and a Cambodian peace deal was signed could Cambodians put a Khmer Rouge tribunal back on the agenda. In 1997, in his human rights report, UN Special Rapporteur for Cambodia Thomas Hammarberg included a request from Cambodian leaders for a UN-aided tribunal. The General Assembly unanimously passed a resolution that noted for the first time that crimes against humanity had occurred in Cambodia between 1975 and 1979, and they needed to be addressed. This delay in bringing the Khmer Rouge to trial stretched for nearly 20 years because Washington blocked all attempts at setting up a tribunal.

Given this unhappy record of the United States and its contribution to the Cambodian tragedy, the Cambodia government had expected that their longstanding request for the cancellation of a very old debt of $339 million would receive a sympathetic hearing in Washington.

After all, this debt is based on original loans to the military regime of General Lon Nol who came to power in 1970 with U.S. military support. Cambodia’s government says that in part, these loans were used to buy weapons and support that war, which caused great suffering to the Cambodian people. Much of the $339 million represents interest accumulated over the last 30 years.

And yet, for all the recent improvement in U.S.-Cambodia relations, Washington remains obdurate in insisting that the current government in Phnom Penh repay the debt.

To show some measure of respect for the Cambodian people, the Obama administration should stop demanding that Cambodians pay for the bombs used to kill so many of their fellow citizens. Washington should reverse current policy and cancel the debt. Moreover, as compensation for people killed and infrastructure destroyed during the war, the United States should extend considerably more humanitarian aid to Cambodian war victims than the few small grants so far provided to U.S. charities. The United States can’t undo all the damage done by the secret bombing campaign and support for the Khmer Rouge. But at this late date, Washington can at least help Cambodia deal with the legacy of the war and the destructive political force that grew out of it.

Tom FawthropTom Fawthrop is the co-author with Helen Jarvis of Getting Away with Genocide? Elusive Justice and the Khmer Rouge Tribunal (Pluto books distributed in the United States by University of Michigan Press). He has reported on Cambodia since 1979 for The Guardian (UK), BBC, and other media. He is a contributor to Foreign Policy In Focus.