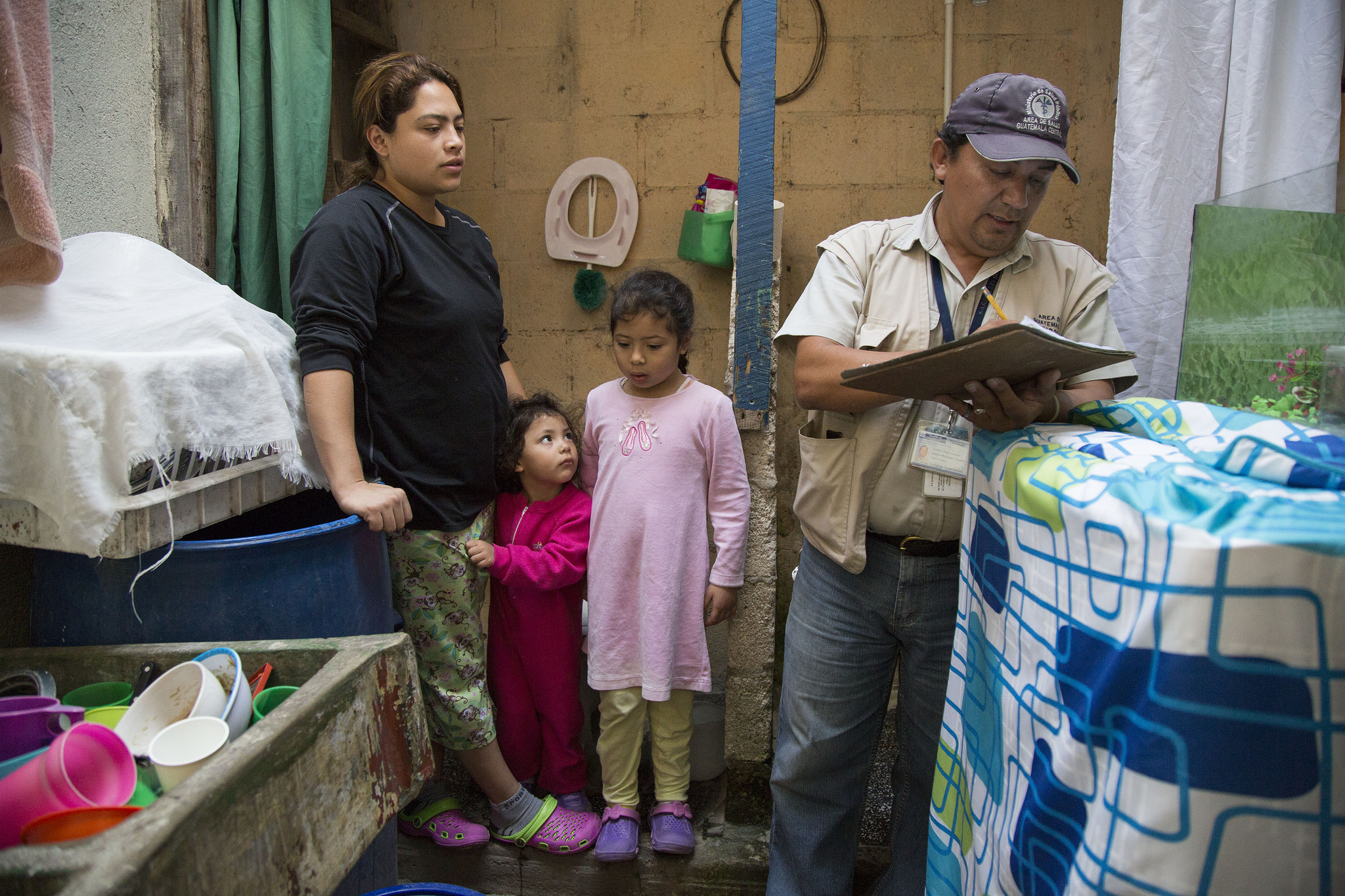 Zika is a Reproductive Rights Issue

Several countries afflicted by the Zika virus are asking women to delay getting pregnant. Yet local laws — and U.S. foreign aid rules — make it impossible for many to get a safe abortions.
By Nathalie Baptiste | February 19, 2016

The mosquito-borne Zika virus, which is becoming a burgeoning public health issue in 26 countries in the Latin American region, has been making international headlines for weeks. The symptoms of Zika are mild: They include joint pain, fever, rash, and red eyes, and should only last a few days — unless you’re pregnant.

For pregnant women, there’s a worrisome correlation between the virus and a serious birth defect called microcephaly, which is marked by an abnormally small head and an underdeveloped brain. Fetuses diagnosed with this condition are often miscarried or die shortly after birth. Those that survive suffer from developmental and health problems.

To combat this problem, the governments of some Zika-infected countries — including Colombia, Ecuador, and Jamaica (where the disease hasn’t even been confirmed yet) — are now asking women to delay their pregnancies. In El Salvador, officials are counseling women to hold off on conceiving for up to two years.

There is, however, a glaring problem with this directive: The majority of these mostly Catholic countries have harsh laws regarding reproductive rights. Though Pope Francis recently declared that contraception might be acceptable for Catholic women in Zika-infected countries, they still don’t have access to abortion. The procedure is outright illegal in Haiti, El Salvador, and Nicaragua. In other countries, like Guatemala and Venezuela, abortion is only permitted to save a woman’s life.

In Brazil, the hardest hit country, abortion is restricted to cases of medical necessity. Though the practice is virtually illegal, between 1 and 4 million Brazilian women have abortions each year. Women of means can usually access a safe and clean clinic to get the procedure. Poor women, however, are more likely to subject themselves to dangerous methods to end their pregnancies.

The Zika virus is bringing this inequality to the fore.

The Brazilian Ministry of Health has recorded 3,670 suspected cases of the associated birth defect since the beginning of 2015, and 404 of those have been confirmed. So far, 17 microcephaly cases have been linked to Zika. Most of those have been reported in the Zika epicenter of northeastern Brazil — the most impoverished region in the country. Shoddy sanitation systems and a lack of running water make the area a breeding ground for mosquitos.

While governments scramble to contain the virus, the Obama administration is asking Congress for $1.8 billion in emergency funding, including $335 million for the U.S. Agency for International Development to respond to Zika abroad. These funds would be used to support pregnant women’s health by helping them access things like mosquito repellant.

There is no mention, however, of helping them access safe abortions.

That’s because even if Zika-infected countries with draconian abortion laws decided to lift their bans, thanks to a legal restriction known as the Helms amendment, the United States would still face hurdles helping women in Latin America make their own reproductive choices.

The Helms amendment, which was added to the Foreign Assistance Act of 1973 after the Roe v. Wade decision the previous year, prohibits the use of foreign aid to pay for “abortion as a method of family planning” or to provide counseling that could be construed as “motivation or coercion of a person to practice abortion.”

Reproductive rights advocates have long lamented that the amendment is being misinterpreted. When put into practice, they say, it essentially prohibits paying for safe and accessible abortions of any variety — including those of medical necessity.

“Even if [these countries] change their laws, because of the Helms amendment, we wouldn’t even be able to help them,” explains Brian Dixon of the Population Connection Action Fund — the political arm of an international family planning organization. “I would never claim that the Helms amendment is the primary barrier,” Dixon clarifies. But if the United States wants to help end the Zika outbreak, it should consider looking at its own policies that harm women around the globe.

Population Connection has been advocating for President Barack Obama to do something about the Helms amendment before he leaves office, as well as pushing the 2016 presidential candidates to state their position on the amendment.

Both Hillary Clinton and Bernie Sanders have now pledged to “reinterpret” the Helms amendment. Clinton said she’d make sure the amendment would make exceptions for instances of rape or incest, while Sanders promised to repeal the policy altogether.

The U.S. Centers for Disease Control and the Pan American Health Organization are still learning about the link between birth defects and the Zika virus. But for now, even as the disease continues to spread, officials can only advise pregnant women to avoid mosquito bites and to avoid traveling to Zika-infected countries.

“The burden of dealing with it,” says Dixon, “has fallen on women.”