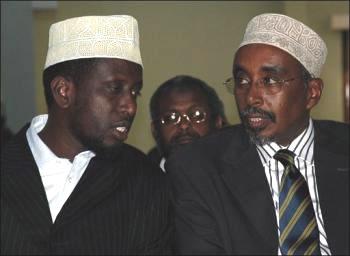 A Bumpy Road for the Somali Roadmap

As Somalia's roadmap for stability encounters internal political hurdles, the upcoming British conference on Somalia might be the most realistic chance to eradicate extremism and keep the nation together.
By Abdinur Mohamud | January 20, 2012 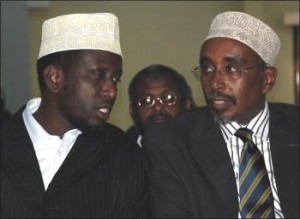 Progress on the political roadmap to move Somalia out of conflict and toward stable, permanent, and representative government by August 2012 seems to be facing intractable barricades. The roadmap calls for the adoption of a new constitution by July, with parliamentary elections to take place in August of this year. With less than six months remaining and al-Shabab forces controlling much of the country, the likelihood of constituting a representative constituent assembly, finalizing a draft constitution, and conducting a national referendum is unrealistic if not impossible.

Political tumult in Mogadishu has clouded the skies further. A startling move by politically marginalized members of parliament to unseat Speaker Sharif Hassan Sheikh Aden—at a time when both he and President Sharif Sheikh Ahmed were away attending the Somali National Consultative Constitutional Conference in Garowe last December—has created a new constitutional crisis that could hinder progress toward completing the Somali transition.

The feisty parliamentarians felt shut out of the political process by the speaker and, with their fate hanging in the balance, rebelled over the so-called “Garowe Principles” produced by the December conference. The new agreement slashes the bloated parliament of 550 members to a more manageable 225 and indirectly bestows more transitional powers in the hands of few powerful stakeholders, including the president, speaker, and two other heads of regional governments.

Fuming with anger over the UN-sponsored conference, the parliamentarians forced their way into the closed parliament compound, appointed an impromptu leader to conduct business in the speaker’s absence, and voted to oust the speaker altogether. The president, whose own political future seems to be entangled with the speaker’s, rejected the decision on procedural and tactical grounds. International community members also rejected the parliamentary decision and implored all Somali stakeholders to support the roadmap.

Other contested Garowe Principles include the reduction of the current parliamentary term by two months—in clear violation of the national charter and without the agreement of the current parliament—and the extension of the transition period by an additional four years. This came as a surprise to many Somalia observers, since the international community has seemed bent on ending the transitional period by August 2012. This latest extension makes the realization of permanent stability for Somalia now seem a distant dream. Finally, legislators objected to the haphazard plan to complete the draft national constitution in a mere seven days in May by 1,000 randomly selected citizens. This plan deprives the drafters of the opportunity to comprehend the complex document, deliberate on it, and resolve matters of national importance.

Meanwhile, with al-Shabab at least temporarily displaced by the recent military incursions by Kenya to the south and Ethiopia to the west, the Transitional Federal Government’s (TFG) sphere of influence is suddenly expanding. However, its capacity to meet its obligations to the newly liberated communities remains extremely inadequate.

A three-year transition period commencing in August 2012, with a smaller technocratic provisional government of no more than five cabinet members and a return to the presidential system, would be preferable. This would eliminate the never-ending conflict at the highest offices of the nation and resolve the challenging governance crisis of today’s Somalia. It would also make future presidents more accountable for the policies of their government.

Additionally, a provisional new parliament of no more than 100 members, based on a modified 4.5 power-sharing formula, would essentially meet parliamentary reform strategies called for in the roadmap until Somalia is ready for meritocracy. Thecurrent power-sharing method allows Somalia’s four feuding major clans to share parliamentary seats and government posts equally, leaving a paltry half-share to an assortment of underrepresented clans. A modified five-point formula would herald a new era of fair and equal representation in government all the while redressing past injustices. New legislators could come from either the current parliament or from the outside until the nation is ready for a referendum.

Effective governance plans such as the above will only take root if external powers and donor states provide the necessary funding to enhance the legitimacy of the central government, resist the impulse to micromanage the affairs of the Somali state, and effectively neutralize Ethiopia’s hegemonic desires to destabilize the country.

The international community led by the United Nations Political Office for Somalia (UNPOS), the architect of these convoluted and short-lived political agreements, is not only confusing the Somali people. It is also baffling international experts monitoring the Somali case. Furthermore, in a very undiplomatic — if not outright autocratic — response to the Somali parliament’s vote, the Intergovernmental Authority on Development, a joint development coalition of East African nations, issued a communiqué lashing out at the parliament and threatening the parliamentarians and their supporters with dire consequences, essentially silencing dissent and the right of citizens to protest.

This is not a helpful role for the international community.

Since the Berlin conference of 1884, when Western powers carved up the Somali-inhabited territories in the Horn of Africa among themselves, Somalis have been naturally suspicious of foreign intrusion. After the Second World War, a British proposal known as the Bevin plan calling for a unified Greater Somalia was quashed by other Western powers and Ethiopia. As a consequence, freewheeling foreign powers promoting their own security and economic interests in the region effectively dashed the hopes and aspirations of millions of Somalis. Moving the clock forward to 2012, some of the same external powers continue to weigh in on Somalia’s future, with the UK proposing yet another plan for the country’s way forward.

Fresh from a successful campaign against Libya’s Muammar Gaddafi, Britain and France seem to have realized their inescapable role in post-colonial Africa. A hesitant United States,on the other hand, overstretched militarily and unwilling to commit ground troops to Africa, is cautiously observing the renewed European interest from a distance. Unmanned aerial drones targeting al-Shabab strongholds from stations in Ethiopia, Seychelles, and Djibouti seem to be sufficiently meeting U.S. strategic interests in Somalia. With the weak African Union unable to provide logistical and financial support needed for its 9,000-strong deployment in Somalia, Britain and France seem to be expanding their political and military involvement.

Sensing the bumpy ride ahead for the roadmap, British Prime Minister David Cameron has proposed a high-level international conference on Somalia this February in London to bring focus and direction to Somalia’s endless political quagmire. Its stated goals include tackling instability in Somalia and protecting ships from pirates in the Gulf of Aden. However, the UK is also said to be proposing a new international approach to establish sub-national areas of stability throughout the country that can later be joined together in a stable nation-state. The British plan is essentially complementing the U.S. dual track policy, providing a crucial missing component that joins the two tracks. In addition, London hopes to establish a new international multi-donor stability fund for Somalia, ensuring transparency and accountability of donor funds for the country. The British government will also likely push for the creation of a reformed and leaner International Contact Group for Somalia. Its design would be similar to the Madrid Quartet mediating the peace process for Israel and Palestine.

With a jittery parliament sensing its impending demise, and an unrealistic roadmap that is not likely to end the current transition by August 2011, the Cameron plan may be the only realistic chance to lay a strong foundation to finally bring fragmented Somali territories together under a unified state— provided that external powers remain neutral this time around.

Abdinur Mohamud Abdinur Mohamud is a former Somalia minister of education and a contributor to Foreign Policy In Focus. He now works and lives in Westerville, Ohio.