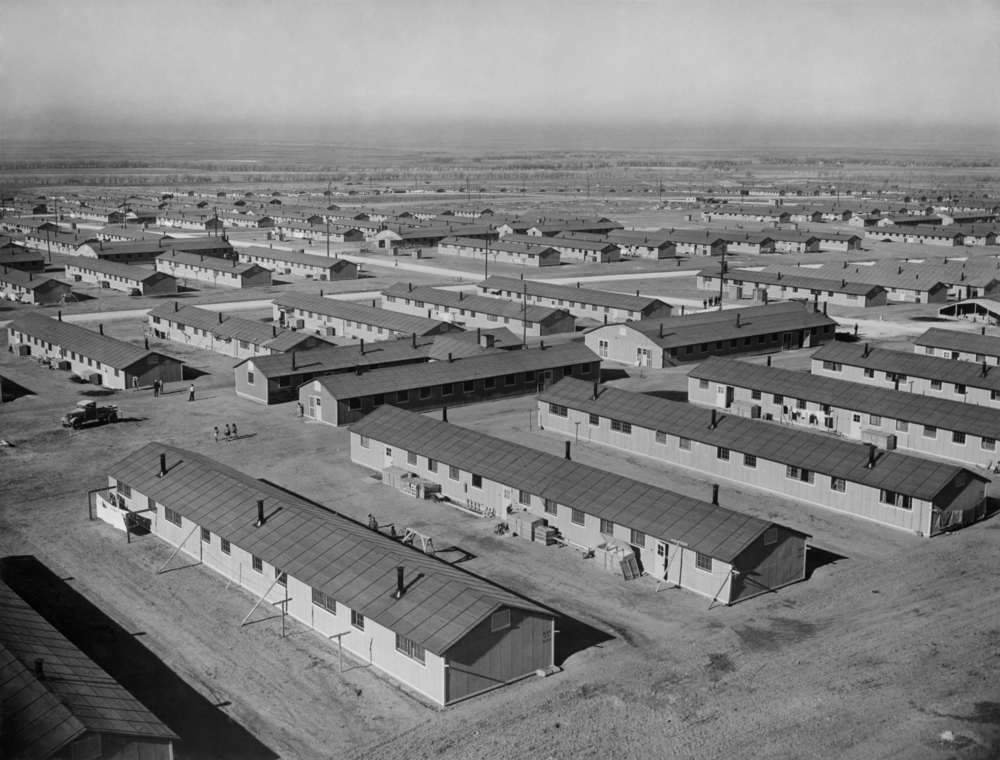 American Concentration Camps, Then and Now

When human beings are framed as a national security threat, barbed wire is the next logical step. But unlike during the Japanese internment, today there's high-level political resistance.
By Harry Blain | July 1, 2019

In our history textbooks, “Japanese internment,” as it’s carelessly called, features as a mistake, blunder, or brief departure from constitutional piety following the trauma of Pearl Harbor.

The summary detention of 120,000 people of Japanese descent — around 80,000 of whom were American citizens — can be more accurately described as one of the worst officially-sanctioned crimes in the country’s history. But it was a crime with many authors, and many ugly subplots that even civil libertarians have buried.

Above all, this dark episode, for all its distinctiveness, exposes the deeper weaknesses of our much-vaunted democratic checks and balances — weaknesses that are now being exploited in remarkably similar ways.

The Politics of Euphemism

In 1942, the Army insisted that Japanese-Americans were not going to “concentration camps,” but instead “relocation centers.” The main supervisor of the camps, War Relocation Authority (WRA) head Dillon Myer, continued to resist the label in the 1970s, while the state of Arkansas still retains the original euphemism for its Register of Historic Places.

The basic defense was also the same: We aren’t Nazis. We might not be giving them lawyers, trials, or any indication of when they might be released, but we are giving them food, water —  even toys!

It’s hard to make this kind of argument without the sterilizing language. As Orwell put it after vividly describing what terms like “pacification” and “transfer of populations” meant in practice: “Such phraseology is needed if one wants to name things without calling up mental pictures of them.”

Of course, one of several major differences between 1942 and today is war. Although the U.S. government has not been shy about terrorizing the home countries of people now mired in immigration detention, there is no ongoing, formal state of belligerency like there was with Japan.

Nevertheless, the idea of a foreign horde destabilizing the country from within is as popular now as it was then. After Pearl Harbor, everyone from California Governor Earl Warren (later the liberal darling of the Supreme Court) and General John DeWitt of Western Defense Command, to the esteemed journalist Walter Lippmann warned of the “Fifth Column” on the Pacific Coast, ready to fight for its true fatherland at any moment.

The evidence for this was very thin, as FBI Director, J. Edgar Hoover — decidedly not a civil liberties man — publicly stated. But the absence of any concrete plots was only taken as more proof of Japanese cunning. Ultimately, General DeWitt, who authored the infamous “Final Report” recommending internment, concluded, “There is no way to determine their loyalty” because “the Japanese race is an enemy race and while many second and third generation Japanese born on U.S. soil, possessed of U.S. citizenship have become ‘Americanized,’ the racial strains are undiluted.”

You won’t hear Trump administration officials put things quite so baldly, but we do — now on a regular basis — hear spectacular tales of “Terror Travel” across the Southern border, possibly funded by rich liberal Jews in cahoots with lecherous Mexicans aiming to simultaneously steal jobs and leech off the welfare state.

When a subset of the population is framed as a national security threat, barbed wire is the next logical step.

Franklin Roosevelt cannot escape final responsibility for the concentration camps created on his authority (he, by the way, used that term in private correspondence). Yet it’s important that other people don’t get off the hook.

First, the American Civil Liberties Union (ACLU). As Peter Irons fastidiously documents in Justice at War, the leadership of the ACLU was cautious about confronting the Roosevelt administration, which had been a useful ally in protecting the rights of organized labor throughout the 1930s and early ‘40s. This might have made sound political and strategic sense, but it did not bode well for people like Gordon Hirabayashi and Fred Korematsu, who sought to challenge their treatment in court.

Most damagingly, the ACLU’s leaders left their tiny Seattle chapter to defend Hirabayashi alone — despite initially promising support from the organization’s full resources. “By late 1944,” Roger Daniels writes, “the ACLU had quietly filed an amicus curiae brief for Fred Korematsu, something it still brags about in its literature while ignoring its prior silence.” Meanwhile, no organized left-wing political group, except the miniscule Socialist Workers Party, formally protested or condemned internment for essentially the same reasons. Why attack a rare friend in government during a national crisis?

A similar calculus is clearly motivating many of the Republicans falling into line with President Trump. To be sure, a good number — maybe most — have always supported his policy of deliberate cruelty or, as they say call it, “deterrence.” But others — especially the Mitch McConnells and, formerly, Paul Ryans of American politics — are simply willing to tolerate a few concentration camps in exchange for a more reliably conservative judiciary or tax reform.

Finally, let’s not forget that this is America. Whenever you see suffering, you can safely assume someone is profiting from it.

By 1942, Japanese farmers and their American-born children had established a strong economic base on the West Coast. White agricultural interest groups had long attempted to prevent “the Japs” from owning and cultivating land, and the Pearl Harbor panic provided a unique opportunity.

“We’re charged with wanting to get rid of the Japs for selfish reasons,” the Managing Director of the Grower-Shipper Vegetable Association frankly admitted. “We might as well be honest. We do… If all the Japs were removed tomorrow, we’d never miss them in two weeks, because the white farmers can take over and produce everything the Jap grows.” By the end of the war, this goal had been mostly achieved.

One obvious objection to all these parallels is the question of citizenship. The reason we’re so ashamed of the WWII internment — and why, for once, we paid some reparations — is because we locked up law-abiding American citizens. By contrast, the argument goes, as non-citizens, undocumented immigrants don’t have constitutional rights.

This line of reasoning is not only rejected by Supreme Court precedent, which repeatedly if vaguely has upheld elementary rights for non-citizens, but it also misses the obvious point that citizenship provided no extra protection for 80,000 of the WWII internees. If there is any overarching lesson from a comparison between then and now, it’s that even the most sacred constitutional protections can be easily and quickly undermined.

However, one vital difference should be underlined. Virtually everyone within a sniff of political power abandoned the Japanese-Americans, but resistance to the Trump administration is real — and embodied in prominent public figures like Alexandria Ocasio-Cortez.

Although the prospect of immigrant children being shipped off to former WWII internment camps doesn’t inspire much confidence about the future, this battle is not lost yet.